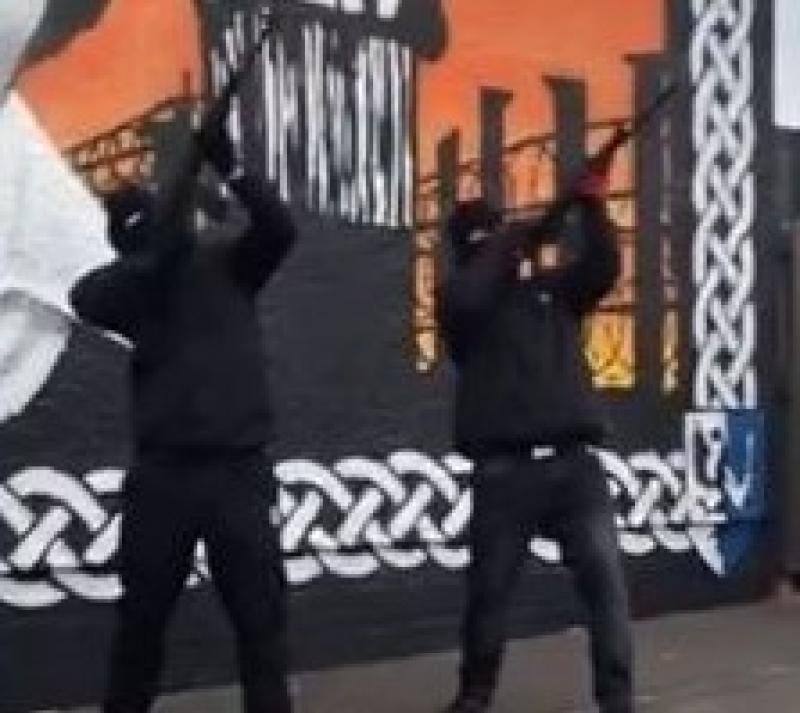 Masked men fired shots at the event on Friday evening.

Police are investigating a weekend incident in Derry during which masked men fired shots into the air.

The shots were fired at a mural in the Galliagh area of the city which is dedicated to Derry hunger striker Michael Devine.

Events were held in Derry over the weekend to mark the 40th anniversary of the local man's death.

He was one of ten men who died in the 1981 hunger strike in Long Kesh prison.

However, unionists have condemned the firing of the shots at the weekend.

UUP leader Doug Beattie called for a 'full investigation' into the incident.

Mr Beattie said there was 'no place for this in society' and that those responsible were 'yesterday`s men'.

"Nobody should ever contemplate giving them any kind of support or view them as any kind of freedom fighter," he told the BBC.

"They restrict freedom, they have the boot on the neck of their own community and should be viewed as an embarrassment to nationalism."

DUP Foyle MLA Gary Middleton, described it as a 'brazen display' which 'raises serious questions about the enforcement of law and order across our city'.

Appealing for information about Friday night's incident at the Fern Park mural, PSNI Superintendent Catherine Magee said: “We are aware of reports circulating on social media of masked men holding what appear to be firearms. Anyone with information is asked to contact us on 101, quoting reference number 2840 of 20/08/21. Information can also be provided to Crimestoppers anonymously on 0800 555 111 or online.”

In May, shots were also fired by masked men during a commemoration to mark the 40th anniversary of the death of another Derry hunger striker Patsy O'Hara.

A number of people were arrested in connection with the shots being fired at Bishop Street but no charges have yet been brought to court.