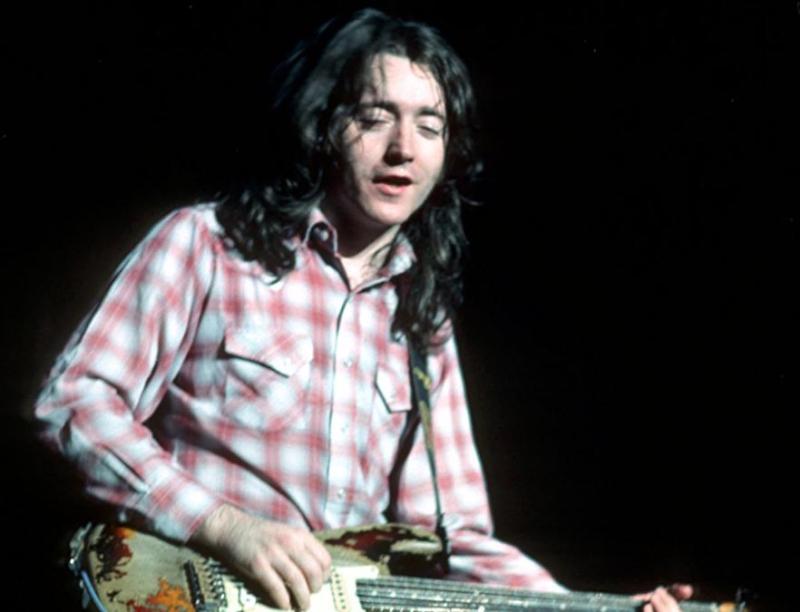 A new and insightful biography of Donegal born guitar legend Rory Gallagher by Julian Vignoles will launched in Derry's Central Library this evening at 6.30pm.   Rory Gallagher is revered as one of the greatest guitarists. He bounded across the stage with the swagger of a rock star, but offstage he was a shy, unassuming man. There were no wild parties, no marriages and divorces. His short life shifted between the bright lights of his success and the darkness of personal struggle. 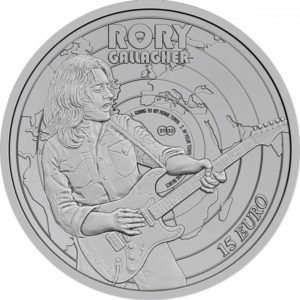 Rory Gallagher commemorative coin
Gallagher was a multi-instrumentalist, songwriter, singer and champion of blues music. His career began in an Irish showband, followed by four years as the central talent of Taste, one of the great Irish bands. He went on to even greater fame as a solo artist in the 1970s. His short life was dedicated to a steadfast musical vision, one that continues to burn brilliantly in rock history. Drawing on extensive interviews, Julian Vignoles casts new light on the familial, musical and other influences that inspired Gallagher, and on the complex personality that drove his career. He reassesses Gallagher’s song writing, often overlooked because of his dexterity as a guitarist. Crucially, Vignoles shows how many songs speak eloquently – and poignantly – about the person who penned them. Meticulously researched, this portrait is the insightful biography that Rory Gallagher deserves, as revelatory for his legions of loyal fans as for curious rock and blues enthusiasts. Rory Gallagher – The Man Behind the Guitar is published in hardback by The Collins Press, price €24.99. It is available in all good bookshops and online from www.collinspress.ie.
ADVERTISEMENT - CONTINUE READING BELOW