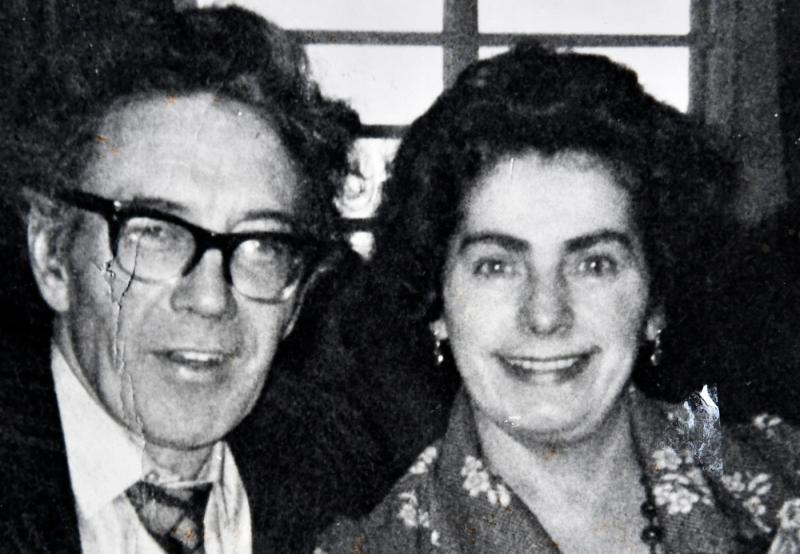 Northern Ireland’s Attorney General has ordered a new inquest into the state killing of a Derry IRA member.

The killing of Patrick Duffy is widely regarded to be the first example of a shoot-to-kill operation by the British Army in the North.

Mr Duffy was shot at least 11 times after entering a house at Maureen Avenue in the city in November 1978.

The 50-year-old father of six was unarmed and alone when he was shot dead by suspected members of a highly secretive branch of the British Army 41 years ago.

None of the soldiers involved in the shooting gave oral evidence at an inquest into the incident in December 1980.

Members of the Duffy family have campaigned for decades to uncover the facts behind the killing and lawyers for the family made an application for a new inquest in November 2015.

However, despite the political impasse in dealing with Troubles legacy inquests, Attorney General John Larkin has now directed that a fresh inquest be brought forward as soon as possible.

Patsy Duffy died instantly after being struck by the hail of bullets fired by two members of the British Army on November 24, 1978.

It was after 9pm at night when the IRA member entered No 2 Maureen Avenue just off Abercorn Road in Derry.

It has always been alleged that Mr Duffy had gone into the house to check on a cache of IRA weapons that was being held in a wardrobe. One of his daughters, Marguerite, was sitting outside in a car with a six-month-old nephew.

At the original inquest into the killing held between December 9-10, 1980, pathology evidence showed that Patsy Duffy had been shot at least 11 times, but possibly up to 14 times.

The same batch of evidence showed that rounds were fired from his left-hand side or from behind him and that at least two of the shots were discharged at close range into the left side of his chest.

Also at the 1980 inquest, two members of the British Army referred to only as Soldiers B and C submitted written statements admitting that they were responsible for shooting Patsy Duffy.

Their evidence was gathered by the RUC and the soldiers were accompanied by a Major attached to Army Legal Services. However, neither of the shooters spoke at the inquest and were therefore not subjected to cross-examination.

The soldier's statements revealed that they had been ordered to enter the house at Maureen Avenue and were placed in an upstairs room on the day before the killing. Another soldier, referred to as Soldier A was situated in the attic of the house-but he did not give any form of evidence at the inquest.

The Commander of the British Army unit, known as Soldier E also provided only a written statement in 1980.

In it he confirmed that he was responsible for deploying Soldiers B and C at the house in Maureen Avenue at 1am on November 23, 1978.

He also stated that he instructed B and C to enter the property in plain clothes then change into their uniforms.

Crucially, Soldiers B and C claimed that they searched the house, found no illegal weapons and then hid themselves in the attic.

Documents from the 1980 inquest confirm that at 2.24am on November 23, 1978 no weapons, ammunition or explosives were found at No 2 Maureen Avenue.

The papers also state that on the same day, two men entered the property but that no attempt was made to arrest and detain them.

However, a search of the property by the Army at 1.17am on November 24, around three hours after Patsy Duffy was killed, led to weapons and ammunition being discovered in a wardrobe in the front upstairs bedroom.

And, following the alleged discovery of the weapons another three men entered the house.

One of these men stayed for an hour between 2-3am and another two, believed to be workmen, entered the property at 10.53am on November 24.

But again, none of the men who went into the house before Patsy Duffy were challenged or arrested by the military.

The British Army version of the events given in 1980 alleged that Patsy Duffy entered the house and the upstairs bedroom at 9.20pm on the night he was killed.

Soldier B claimed that he fired at Mr Duffy in self-defence. Both Soldier B and C claimed that they fired their weapons in automatic mode into the bedroom from outside it-with Soldier C claiming he came behind Soldier B.

The pathological evidence confirmed that the vast majority of the bullets that struck Mr Duffy entered his back and side and that the other rounds entered the left portion of his chest at close range.

A pathologist also concluded that the wounds sustained by Patsy Duffy were caused by 9mm calibre ammunition.

One of the rounds recovered from the remains during autopsy was given to the RUC who were present at the examination.

Also at the 1980 inquest a senior police detective who gave evidence said that the wardrobe which held the weapons was locked. No key to the wardrobe was found on Mr Duffy on in the Maureen Avenue property.

In ordering a fresh inquest into the killing of Patsy Duffy, the Attorney General for Northern Ireland said that he has received no contact from the Ministry of Defence for almost 18 months.

The original inquest into the killing of Mr Duffy 38 years ago, recorded an open verdict. This in effect means the jury or coroner confirms that the death is suspicious but is unable to reach any other verdicts open to them.

This verdict has been prevalent in cases of state killings in Northern Ireland where military witnesses have submitted written statements excluding the opportunity for cross-examination.

Patsy Duffy’s family, including his now deceased wife Moira, have campaigned for decades for a fresh inquest to examine the circumstances of his shooting.

After the inquest in 1980 Mrs Duffy wrote to her lawyer setting out the extensive concerns about the procedures that were followed and how the Coroner advised the jury.

A copy of Mrs Duffy’s letter was submitted to the Attorney General as part of an application for a fresh inquest.

An application for a new inquest was made by the Duffy family’s solicitor Patricia Coyle on November 2, 2015.

Part of this application by Harte, Coyle Collins Solicitors was the search for civilian witnesses in Derry. The legal firm have confirmed that four witnesses who did not give evidence in December 1980 have now come forward and their submissions were also given to the Attorney General John Larkin.

The application also included material on the overall theme of shoot-to-kill policies by the security forces in Northern Ireland in the 1970s.

John Larkin issued a direction for a new inquest into the killing of Patsy Duffy on March 22, 2019.

The Attorney General issued the directive on the basis that the shooting was unjustified and that no reason had been given by the Ministry of Defence (MoD) as to why Soldiers B and C could not be called to give evidence at a fresh inquiry.

Mr Larkin said: “At its core, there is in this case the death by shooting of an unarmed man by, it seems, two soldiers dressed as civilians.

“In common with the practice at the time neither of the soldiers gave evidence at the inquest. There does not, on the materials available to me, appear to be any objective justification for shooting Mr Duffy.

“The MoD has not made any further contact with my Office regarding this case since November 2017 and, with the exception of Soldier E who appears unlikely to be available, I consider that there is at present the potential for military evidence to be considered now that was not previously available.”

Solicitor Patricia Coyle has alluded to the possibility that Patsy Duffy was killed by an undercover unit of the British military.

Speaking about the decision to hold a fresh inquest into the 1978 shooting she said: “Patrick Duffy was gunned down while alone and unarmed, peppered with between 11 and 14 bullets and shot at close range at least twice.

“There was no attempt to stop, question or arrest him. The killing, possibly by a plain clothes military unit was unjustified and it is considered that Mr Duffy’s killing is one of the earliest examples of the use of lethal force by the British Army in Northern Ireland when an arrest was possible and such force was unnecessary.

“During the course of the autopsy which took place on November 25, 1978 a deformed copper jacketed bullet was removed by the pathologist and handed directly to police present at the autopsy.

“There is no reason why this bullet cannot be made available for up to date ballistic analysis to trace it to the weapon and possibly to the soldier responsible.

“The legal restriction on the 1980 inquest which did not permit compelling suspects and armed forces personnel to attend and to give evidence and be cross-examined rendered that inquest ineffective.

“Persons suspected of involvement in Mr Duffy’s killing are now compellable witnesses. My clients welcome the Attorney General’s decision to direct a fresh inquest into the killing of their father and look forward to representation before the inquisitorial process.

“Their priority is to access all information and materials to establish the truth about their father’s death, whether it was pre-planned, which element of the British military was responsible and whether the shooting was directed at political level as part of a shoot-to-kill policy.”