The area has the highest percentage of residents identifying as Irish only. 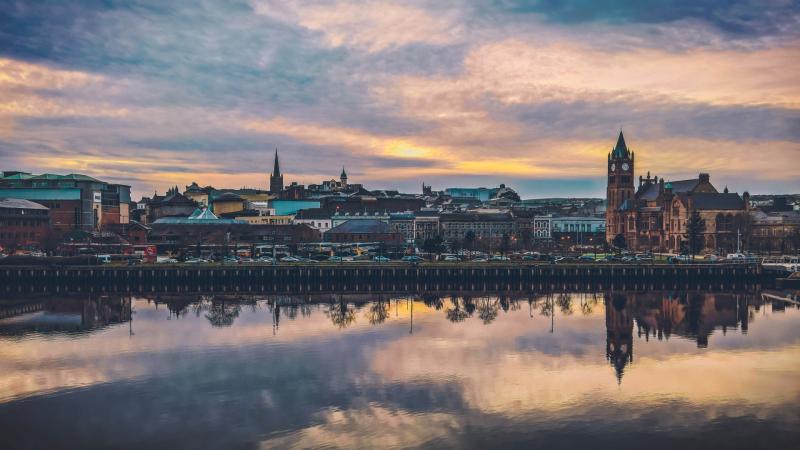 Almost half of the population in the Derry City and Strabane District Council area hold only an Irish passport, census data has shown.

Sole Irish passports account for 48.05% of residents in the area, with a further 3.47% holding both Irish and UK passports.

In contrast, the number of people in the council area holding only a UK passport has fallen to 26,316, a drop of 19% since 2011 and the lowest percentage of all eleven council areas. 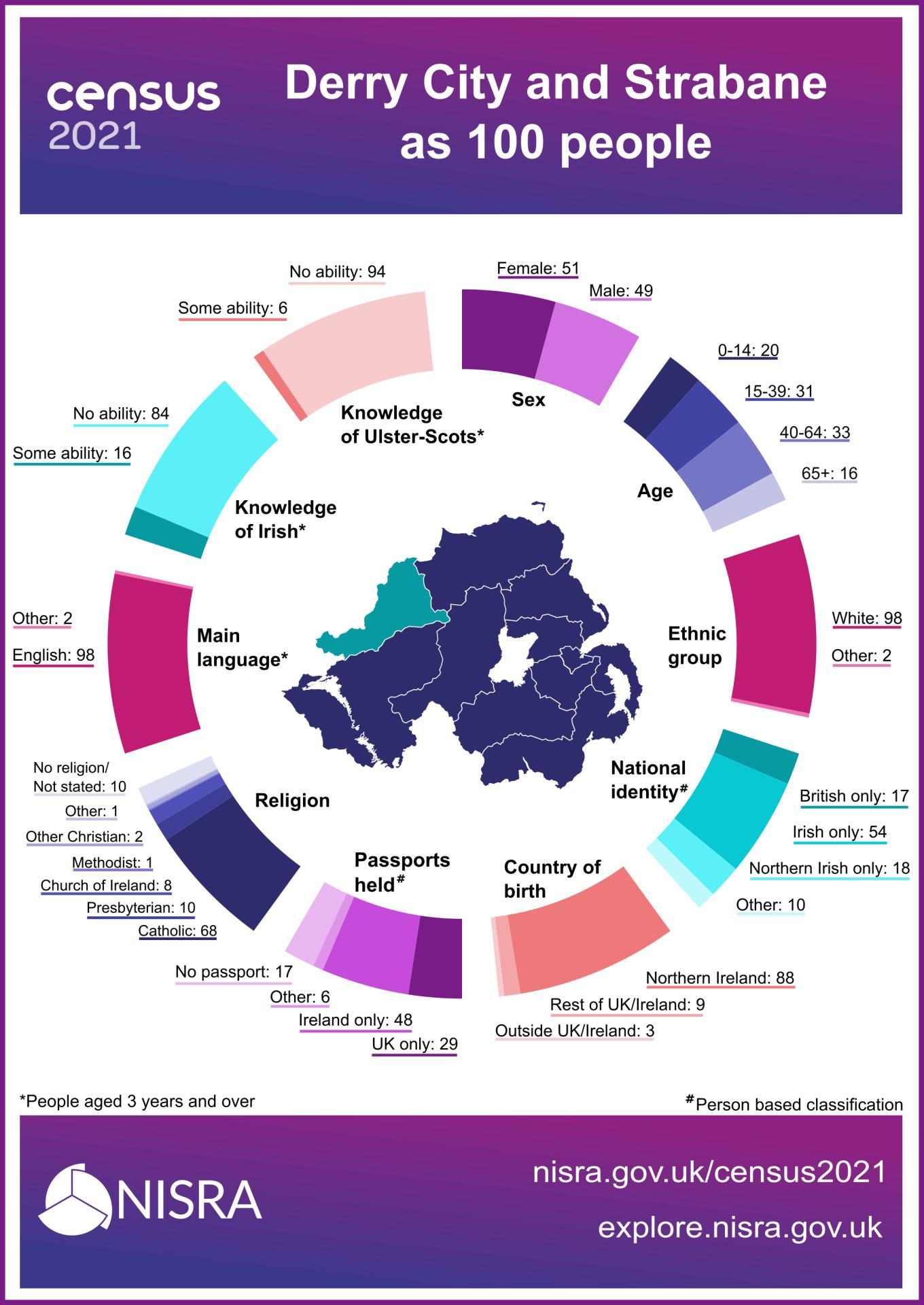 The figures dovetail with the demographic make up of the nationalist dominated council in which 22 councillors are designated nationalist, with just nine designated unionists.

The area's percentage of 53.81% identifying as Irish only is the highest figure of all eleven council areas, while the 17.46% of British only residents is the second lowest, narrowly pipped by Newry, Mourne and Down on 17.41%.

There was a fall in those identifying as Northern Irish within the council area, dropping 15% to 28,146, which leaves the area with the lowest percentage of Northern Irish only residents in NI.

In contrast, the number of Catholics has risen by 7% from 96,692 to 103,053. The figure means Derry City and Strabane has the highest percentage of Catholics in all eleven council areas at 68.36%.

8.23% of people within the council area indicated they had no religion on last year's census, a decline of 14% to the current figure of 14,589.

Derry City and Strabane recorded a 2% rise in population since the 2011 census, below the overall Northern Ireland figure of 5%.

The council area has the second highest percentage of one-person households of the eleven local districts; its 31.21% figure comes in behind only Belfast with 36.34%.

Over 98% of residents in the district indicated that English was their first language, with Polish the second most popular on 0.45%.

0.35% of the population said they use Irish as their main language, with Arabic the next highest figure at 0.1%.

The number of people who indicated they had 'some ability' in Irish rose by 18% since the last census, rising to a total of 23,172. 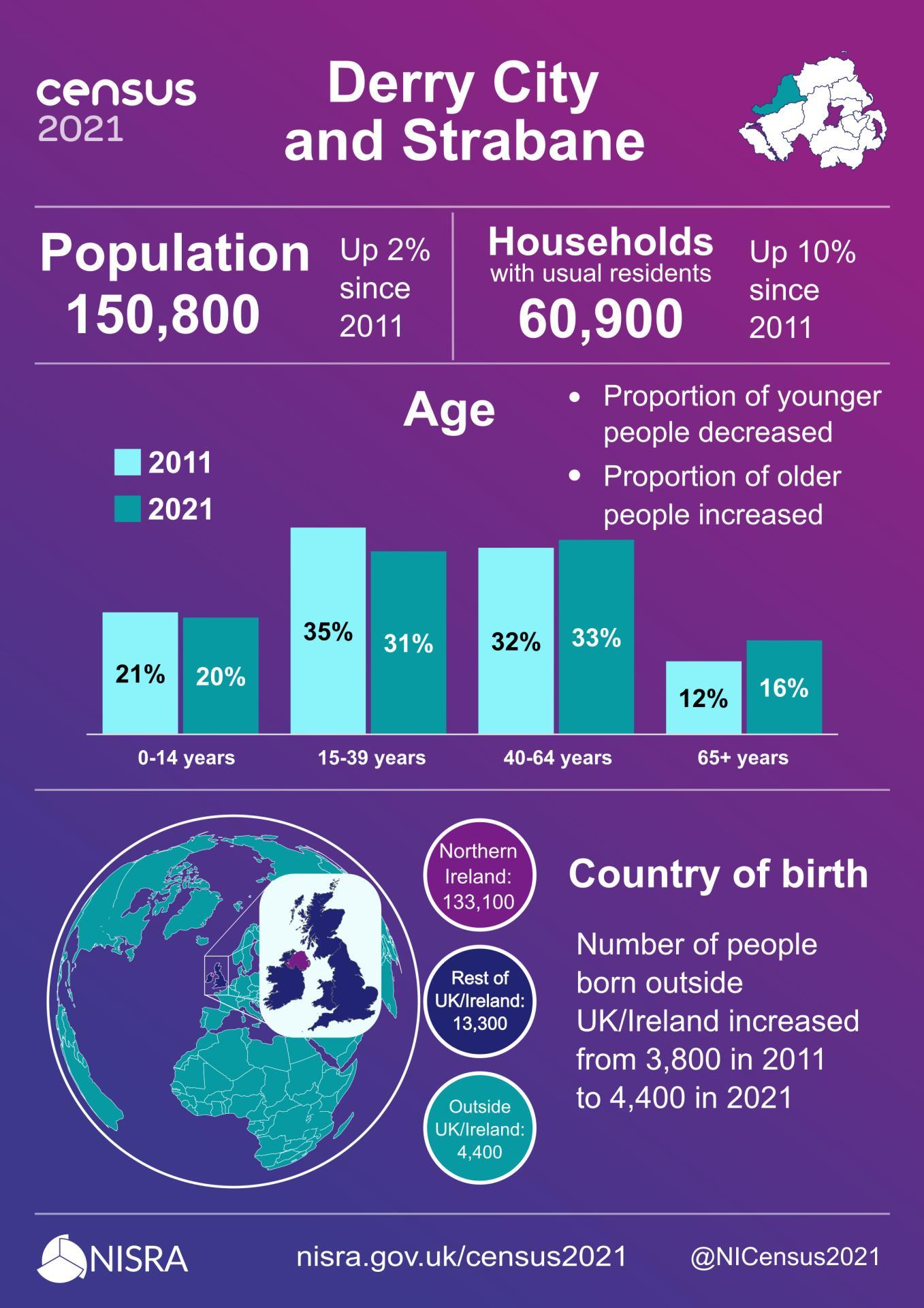 5.14% of the population said they were able to read, speak, read and write in Irish, while 1.05% gave a similar answer for Ulster Scots.

There was a rise of 24% in those who indicated they had 'some ability' in Ulster Scots, leaving a figure of 9,037.

97.74% of the council area population indicated they were of white ethnicity, leaving 2.26% of non-white ethnicity in the district.

CENSUS 2021: Drop in those identifying as 'British only' in Causeway Coast and Glens

There has also been a 15% increase in those identifying as 'Irish only'.

88.27% of residents in Derry City and Strabane were born in Northern Ireland, with those born in Republic of Ireland (4.25%) the next highest.

Those born in other European Union countries make up the highest percentage outside the UK and Ireland living in Derry City and Strabane.