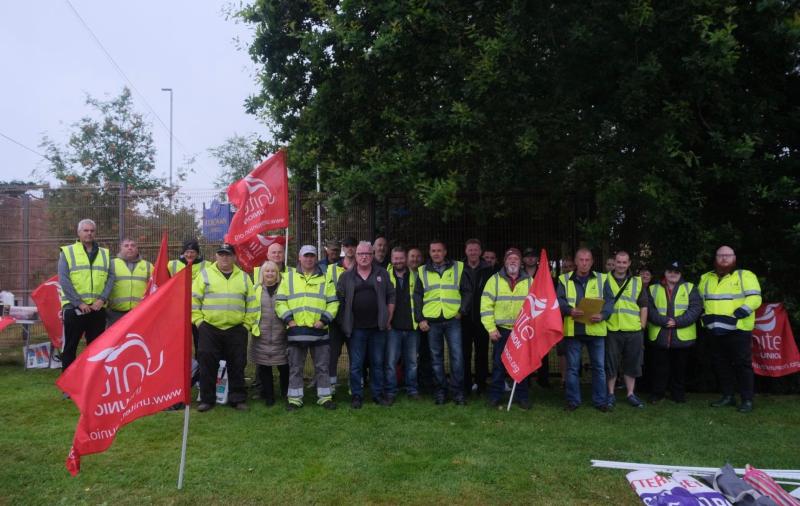 Unite’s General Secretary Sharon Graham congratulated members of her union at Mid Ulster District Council on winning a decisive victory on pay. After weeks of strike action, a deal involving two pay point increases and a one-off £750 lump sum above that mandated by the National Joint Council (NJC) pay award.

The pay offer was agreed by striking Unite members, ending their four-week strike action at the council and avoiding the prospect of continuous action commencing from next Monday.

General Secretary of Unite, Sharon Graham said: “This increase was only won because of a powerful strike by Unite members at the council; indeed only days ago they notified council bosses of their intent to move to an all-out strike after the conclusion of their latest four-week action. In the face of such determination, management have agreed a new pay offer.

“It seems somehow appropriate that we see the first success from Unite’s campaign to improve local authority pay just days before my one year anniversary as General Secretary of Unite. I am really proud of the union members in Northern Ireland. This deal is a concrete example of Unite delivering on jobs, pay and conditions for our members.”

Lead regional officer for local authorities in Northern Ireland Gareth Scott also welcomed the successful conclusion of the pay dispute. He called on management at local authorities elsewhere to follow the lead given by Mid Ulster:

“This pay offer sets the bar for deals elsewhere and shows the way disputes at other councils can be settled. We are calling on other councils to take heed and follow the lead of Mid Ulster and avoid any further unnecessary disruption. Workers need a cost of living increase which protects them and their families from inflation.”