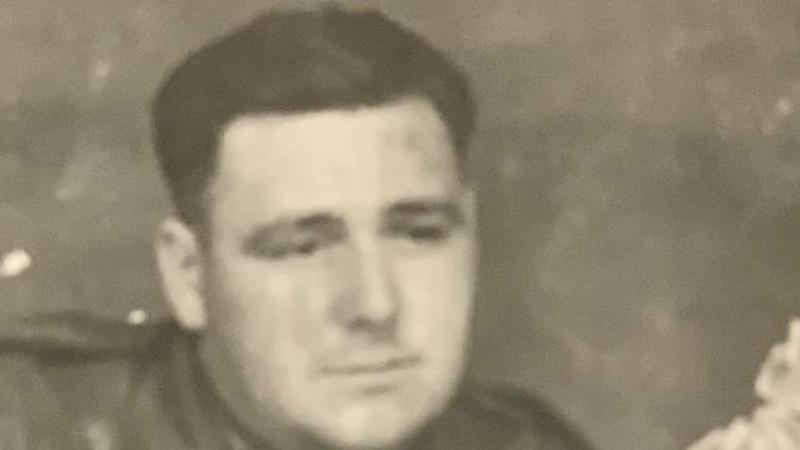 “They murdered my grandfather but they also killed a piece of me that night,' said Jim Gallagher, who was just 10-years-old when his beloved granda, Jim Casey (57), was shot dead by the British army.

Speaking to Derry Now on his grandfather's 50th anniversary, Jim recalled coming home in the car from a night out in Greencastle with his granda, his father, Hugh Gallagher, and Willie George Kerr, a family friend.

Jim said: “We had been in the Ferryport Bar in Greencastle and in Adelaide House. We left Greencastle very happy and we came up to Derry, over the checkpoint on the Culmore Road. We drove up through Rosemount. There was a checkpoint outside Dessie Duffy's chemist on Park Avenue, with a pig up on the pavement. It was about 3 o'clock in the morning.

“They didn't stop us but my father stopped the car and my granda spoke to the officer who was there and asked him if it was safe to proceed. If it hadn't been safe, he was going to come to our house in Baldrick Crescent instead.

“The soldier said it was fine. I remember it like it was yesterday. So we set off for Creggan. I was in the front passenger seat. My father was driving. My granda and Willie George Kerr were in the back seat. We were at the crossroads where Doc's shop is. We had just crossed that crossroads and got as far as the first canteen gate at St Joseph's School when the shot rang out and my granda just bounced forward.”

The British army bullet had come in the boot of the car, a Ford Corsair.

Half a century on, Jim recalled: “It hit the spare wheel on the way through and into my granda. The bullet splintered so it caused a lot of damage. It tore him to bits. It was an SLR bullet which is high velocity.

“The whole of the seat was peppered with shrapnel. It hit him quite bad and he jumped forward and said to my da, 'Turn off the lights. Turn of the lights. Drive on'.

“At that stage, I knew in my heart he was shot but I couldn't say anything. I was frozen. We got to Willie George Kerr's house and my da got out and I said to my granda, 'Are you alright?' and he said, 'I'm okay' but he was still groaning. My da got back into the car again. We were in Inishowen Gardens and we drove to Melmore and my da got out to knock on the door and get my granny up.

“My da came over and the neighbours all came out. There was one of the neighbours a taxi man and he had a radio in the car. There was another shooting in Creggan that night and the ambulance was there in no time. There were a lot of fellas around.

“It was the height of the 'No Go Area'. 1972. Everybody came to help and see what they could do.”
Jim's granda was taken to Altnagelvin in the ambulance.

“It was stopped at Craigavon Bridge,” said Jim. “They would not let the ambulance across the bridge. They actually searched the ambulance.

“My granny was in the ambulance along with Foncie Patton. My granda was bleeding badly. I will never forget it. There were lumps of blood coming out of him. There was no way of stemming it. I remember it vividly. It is one of those things you don't tend to forget. They got him to hospital and he died a few hours later.

“That night on the news it said an IRA man was shot dead. It said people in the car had opened fire on the Rosemount Barracks.

“It killed my mother (Sarah better known as Sadie) and my granny to tell you the truth. He is 50 years dead and they buried the truth.”

“We were no further forward,” he said. “They closed ranks.”

“It also affected me big time. No-one ever spoke to me about it. Typical Derry men, bury it and if that doesn't work, bury it deeper.

“I was very upset. I hated the police and the army. I hated everybody. My grandfather was my hero. I got in trouble and rioting. They never left me alone. They raided our house after granda's death too, the Scotch Guards.

“I remember being at the red wall at Beechwood and the Brits shouted after me, 'We got your granda and we'll get you.' They were drunk. They threw a bottle and it smashed behind me,” said Jim, who emigrated to England in 1984 / 85, as he was getting constant harassment,” said Jim.

Jim said the British army and RUC special branch made his life hell.

“The whole thing had a big effect on my life and my family's life. It ruined the family.

“They murdered my grandfather but they also killed a piece of me that night.”