The pensioner said she 'relies' on the service. 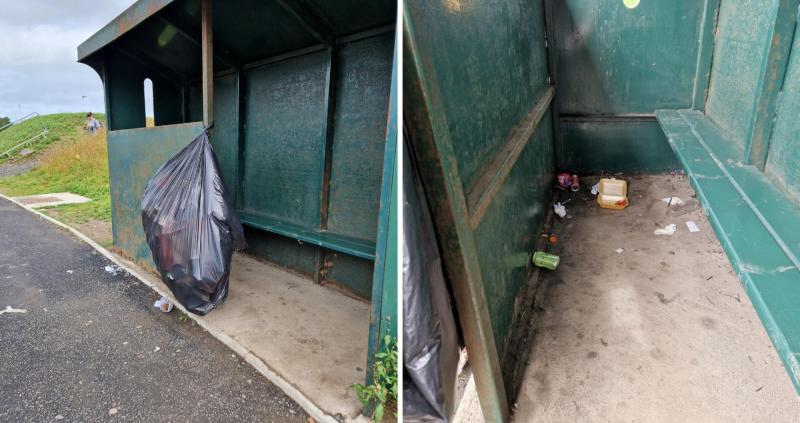 An angry County Derry pensioner has branded the conditions of the new bus stop in Dungiven as 'filthy'.

The commuter, who did not wish to be identified, is a regular user of the 212 service from Belfast to Derry and has hit out at the conditions she encountered last Friday when using the service.

“I had to walk up through Dungiven on uneven footpaths first of all, with rough surfaces and stones and part of the footpath was actually closed for road works.

“Then when I got to the bus stop there was this disgusting black bin bag full of rubbish just hanging on the outside of the shelter. 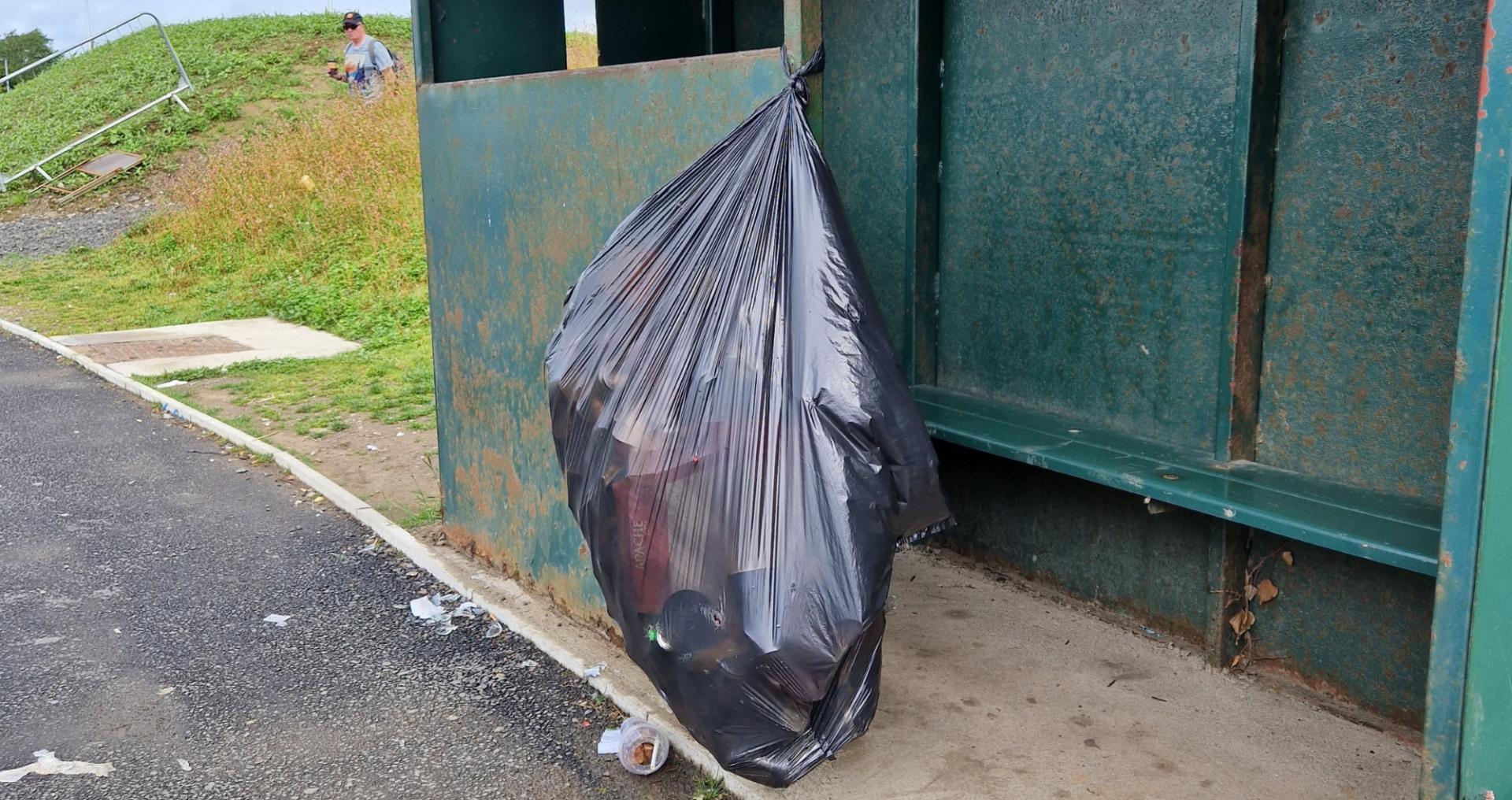 “It had started to rain and I had to move around the bag to try and get inside to sit down to catch my breath after the long walk, but when I went inside the shelter it was absolutely filthy.

“There were food wrappers and empty bottles, there was broken glass lying around and the wasps were just hovering around this smelly big black bin bag – it was disgusting.

“I didn't know what was worse, the smell or the wasps, to be honest,” said the angry local. “I didn't feel it was safe for me to sit down and rest because I was frightened in case there would be mice or rats around the bag which was stuffed full of rubbish, so I had to step back outside and stand for a long time waiting on the bus.

A local councillor has raised concerns of 'major congestion' in Dungiven.

“I use my pensioners bus pass to get to and from hospital appointments at the Altnagelvin and so I rely on this service, but these conditions are just no good for old people.

“I was exhausted by the time I reached the bus stop, then I couldn't even get a sit down to rest – so by the time the bus came I was so tired I could hardly get up the steps,” said the lady. 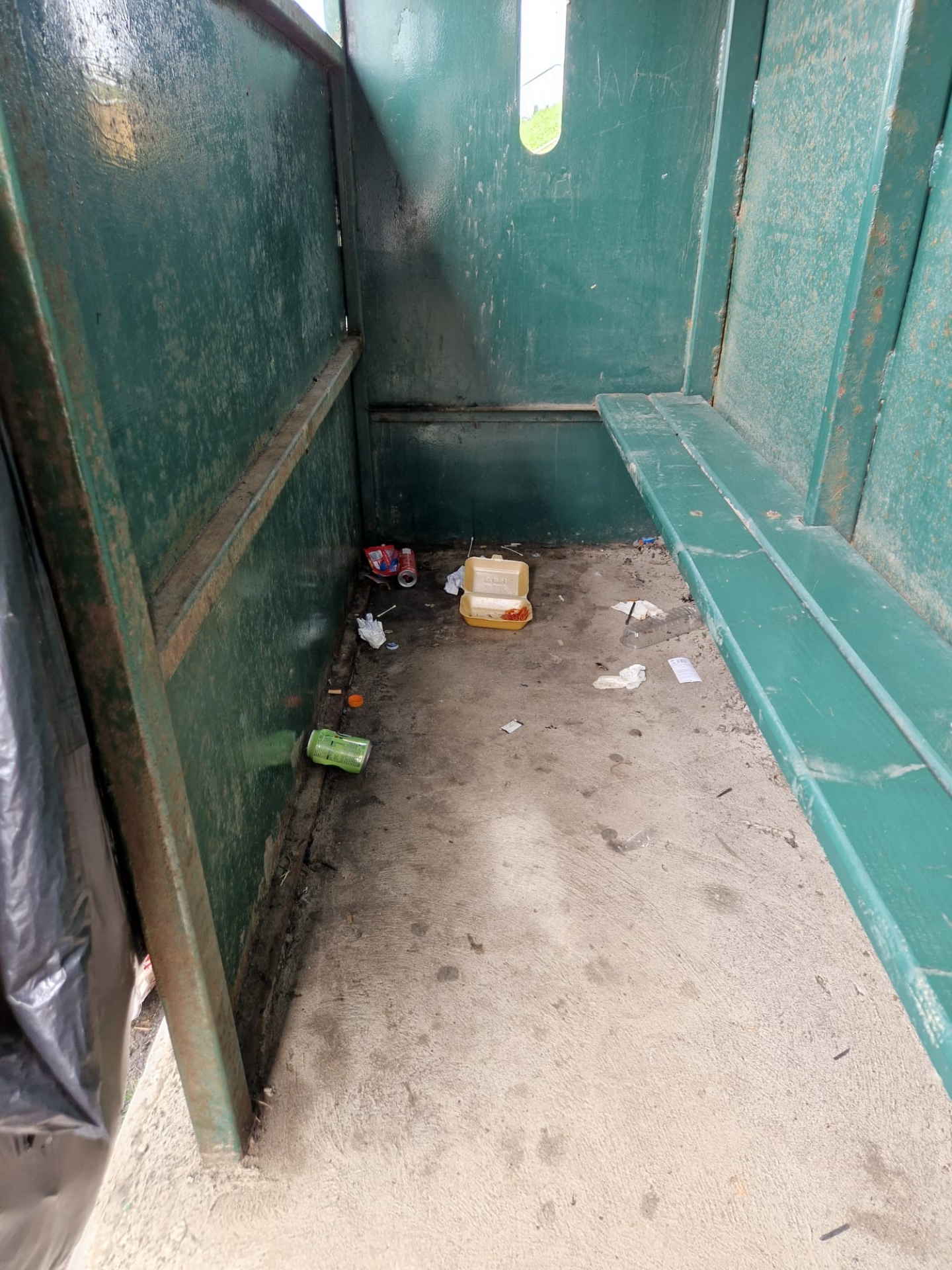 “To make it worse, I had used that same bus earlier in the week and that bag was just hanging then but it only had some stuff in the bottom of it – why can't someone come and remove the rubbish, or put an actual bin there somewhere safe and away from where you have to sit,” added the pensioner.

Speaking to the County Derry Post, councillor Sean McGlinchey hit out at those responsible for maintaining this area saying,

“I've actually gone up and cleaned that bus stop out myself twice. People have mentioned it to me and I've reported it to the main contractor there several times, it's actually the road contractor's responsibility not Translink.

"I'm calling on them to clean it up at least twice per week and keep it in good condition," he added.