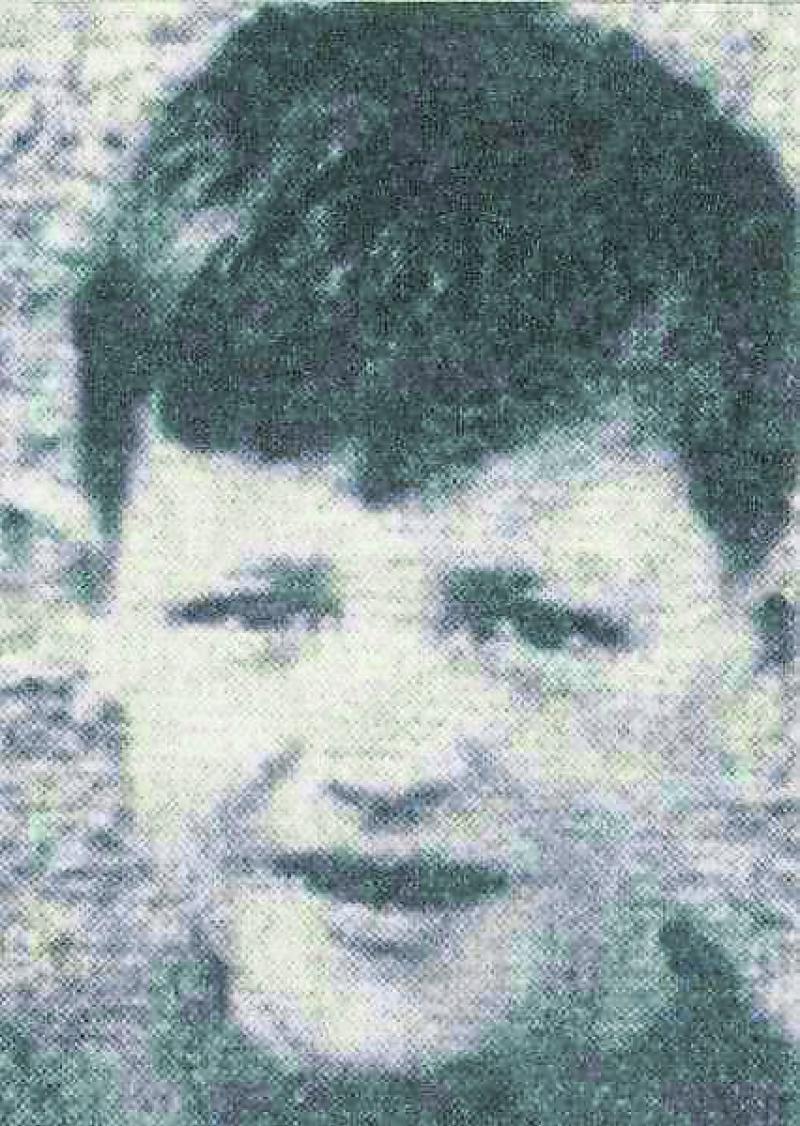 16 year old Billy Temple was helping the local milkman on his Monday morning round when he was killed in the third blast on Church Street.

The brother of Willie Temple, who died in the 1972 Claudy bombings, said he had been destined for success.

Known affectionately as 'Billy', the 16-year-old from Donemana, County Tyrone, had been helping the local milkman on his Monday morning round when he was killed in the third blast on Church Street.

His brother David recalled how his dedication to education had marked Willie out as being ready to flourish.

“William was one of seven of a family. He grew up in good surroundings; played with both sides of the community,” he told the County Derry Post.

“We were a family who lived in a wee small town – Donemana – where everybody got on well and there were good community relations.

“Everything was going well. Billy had a good sound education, left school and got a job in the Co-Op and at that time you got a job in there and you were probably there for life. 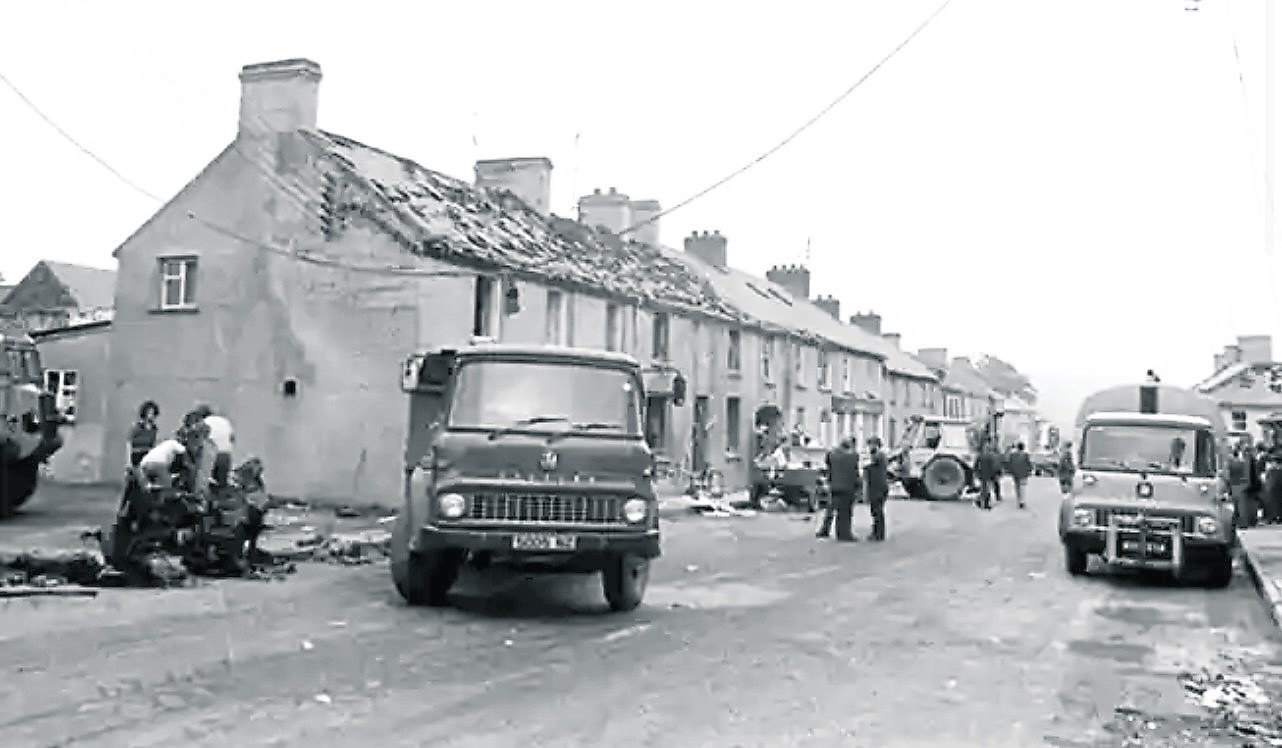 The scene in Claudy following the bombings in 1972.

“He'd have come home from school and studied away at the books before he went out to play; he was going to be successful, he wasn't a lie-about.

“There were four brothers of us, and we'd have played football out the back in the garden, and Billy was always the last out the back door.

“He'd have said he was just putting away his books. We got on well, mixed with the community. We played Gaelic if they were short a few players and they'd have played football if we were short.”

William was not even supposed to be in the village that morning. His manager later told David that the person originally due to help with the milk round had not turned up.

The teenager had volunteered to go in the lorry and later that morning, was killed in the blast outside the Beaufort Hotel.

David remembers clearly the moment he found out his brother had been killed.

“I was at work and my boss came over and said: “You have to go home David.” I asked what was wrong and he just said I had to go home,” he said.

“I got into the car and we got down the road and he said 'I'll see you later' and I said that was okay and went into the house.

“My two uncles were there, my mother and father, the rest of the children. I came in and asked what was wrong and the next thing one of them said to take a seat.

“I took a seat and then he said: “There is one of you missing.” I looked around, and it was William was missing. 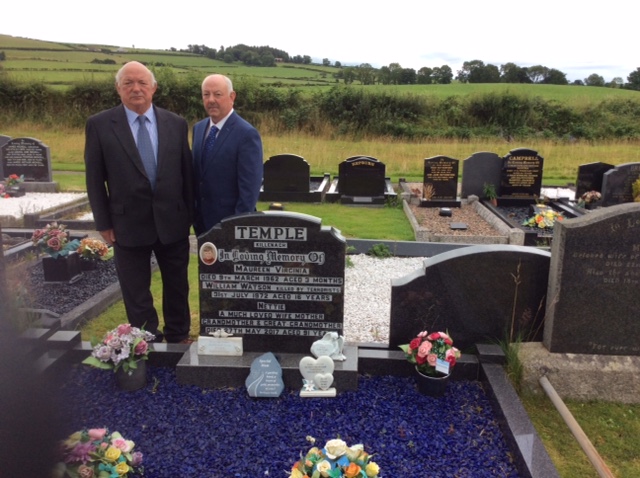 William's brothers David and Adrian at his graveside in Donemana.

“He told me he'd been killed in Claudy this morning at half past ten in a car bomb. It was very hard to take; we all burst into tears and just cried and cried.”

David and William's father passed away four years later, with the doctor telling David the stress of losing his son had been a factor in his ill-health.

Though the 2010 Ombudsman's Report into the investigation added a little to the story, David is critical of what it revealed.

“It didn't tell the full truth, and that's why I took the legal action against the Ombudsman's Office, the PSNI and the Roman Catholic Church,” he said.

“I knew the IRA did it, I knew Martin McGuinness was involved in it, because he was the Commander in 1972 in Londonderry.

“Years later we found out there was a Roman Catholic priest – Fr Chesney – involved in Claudy. It is one of the atrocities in Northern Ireland that has never been investigated historically.

“There were a lot of mistakes in Claudy, a lot of collusion. Martin McGuinness always said he would like to meet the Claudy families, but he never got round to it.

“We'd looked forward to it, but that never happened, and a lot of the Roman Catholic community in Claudy didn't like it because there was a priest involved.

“I remember sitting on a bus with an old lady, who was crying into her Rosary beads saying she was ashamed to be a Roman Catholic.”

With no one ever admitting responsibility for the bombing, the question of why it happened has remained unanswered, and meant those affected have had to find their own answers.

“Claudy was close to Derry. They wanted to take the troops out of Derry and into Claudy, but it didn't work out. It was so senseless,” said David.

“I am willing to meet with any man, and so are the Claudy families. We want answers; plain, simple answers. I have chatted to IRA terrorists, and they told me Martin McGuinness was involved in Claudy.

“That was the time they met the British government and got no answers. They came home and then Operation Motorman was on then, and their answer was Claudy.”

Although hopeful that one day someone will provide answers, David says the actions of those who have died with their secrets intact have set a precedent.

“Claudy is too long gone; it's been 50 years and nobody has held their hands up and said what they've done,” he said.

“What incentive is there for them to come forward? Martin McGuinness had an opportunity to tell the people of Claudy what part he played in the bomb, and he took it to his grave.

“What do you think any IRA terrorist will do? They'll do the same.”

David though issued an appeal for anyone with information to bring it forward.

“I know there are people out there and I would love to see them coming forward and admit what part they played in it and how they are feeling,” he said.

“At the end of the day, there is only one maker and that is the Lord Jesus Christ. They have to meet their maker some day.

“I would like to see anybody that knows anything about Claudy to come forward to the families and tell them why Claudy was picked out.

“Atrocities like Claudy will be buried in the sand. They want us to die away, but I hope to God I live to see justice - or some form of justice – for Claudy.