SDLP MLA Patsy McGlone has said the Department are 'failing' his constituency. 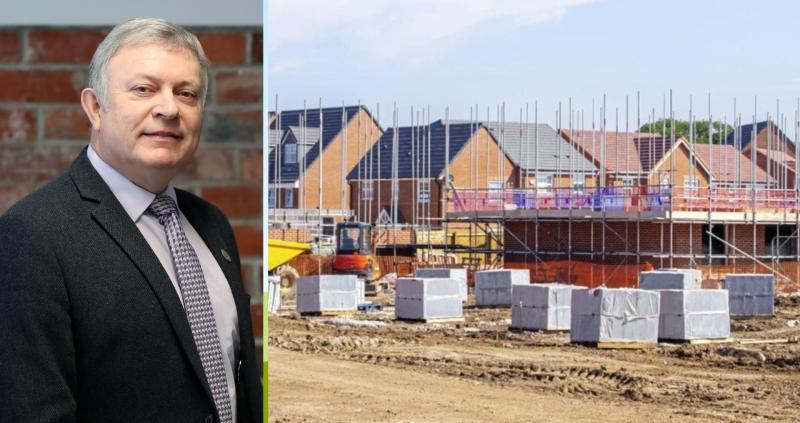 SDLP MLA for Mid Ulster, Patsy McGlone, has said the Executive’s current strategy on social housing is continuing to fail to meet housing need in the Mid Ulster constituency.

In response to Assembly Questions from the Mid Ulster MLA, the Communities Minister, Sinn Féin’s Dierdre Hargey, revealed that just 15 social housing units are currently under construction in the constituency and only 70 additional units are planned to start building work between 2022 and 2025 as part of the Minister’s Social Housing Development Programme.

This is despite the fact that the number of households on social housing waiting lists in Mid Ulster had risen to 2158 by March 2022, with applicants having already been on the waiting list for an average of 25 months.

In County Derry, only seven social housing units were completed between 2017 and 2022 – they are in Magherafelt (2), Draperstown (1) and Castledawson (4).

Mid Ulster MLA Patsy McGlone said there is 'an urgent need for the Minister to get a grip on the housing crisis in the North'.

“The current strategy is only scratching the surface of the problem. Unless there is a step change in the Minister’s approach more people will face more misery on even longer waiting lists,” said the SDLP man.

“But none of this is a surprise. We warned the Minister last year that her plan was completely inadequate. A year on and nothing has changed.

“Families in Mid Ulster are continuing to live in overcrowded properties and people with disabilities are still in properties wholly unsuitable to their needs.

“Behind each application are individuals and families already waiting for years, facing an even longer wait with many having already given up hope of finding a home of their own.

“Minister Hargey needs to take action on this issue and increase the number of houses built and get people off the waiting lists.

“People are in need of a home now. They deserve more than vague promises.”