My mother was a 'totally innocent woman' - Minty Thompson 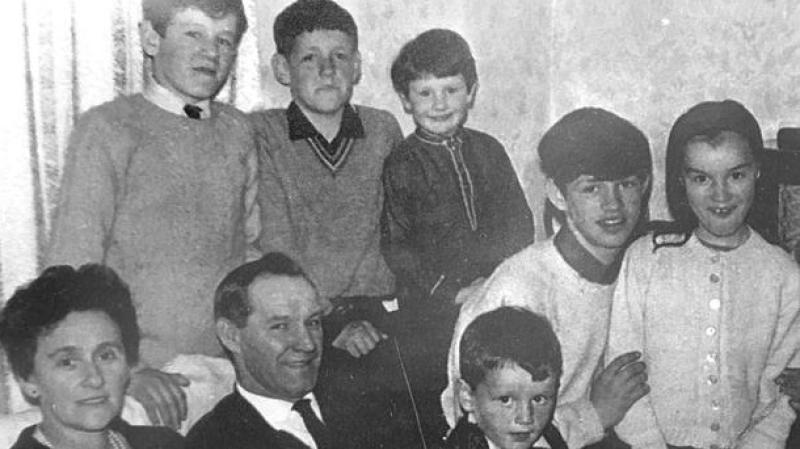 Kathleen Thompson with her family

The daughter of a mother-of-six murdered in the back garden of her Derry home said her mother had been “vindicated” by the findings of the second inquest into her death.

Kathleen Thompson's daughter, Minty, was speaking to Derry Now following Wednesday's publication of Judge Sandra Crawford's findings into the shooting of her mother, at their home in Rathlin Gardens, in Creggan, on November 6, 1971.

The coroner ruled that Mrs Thompson's shooting was “not justified”. Mrs Thompson was killed by a bullet to the chest, fired by Soldier D, who fired two bullets into her garden.

Minty Thompson said she was in a state of shock.

She said: “I am in a state of shock at the realisation, first of all, that we actually got to the findings of an inquest and then today, the coroner was very clear about what she was saying about our mother and what happened to her. It was unbelievable, seriously.

“The coroner said was my mother was a totally innocent woman. Regarding Soldier D, she said he was very clear about what was happening and what he had done in firing the shots.

“My mother has definitely been vindicated today. We all knew it but the world needed to know it and that is what the coroner did today. It took a long, long time. It is like freedom to be honest with you. It was like a life sentence for long enough and now it is has been lifted.

“However, at the end of the day, we are still thinking of the families that are coming behind us and that if this Bill [NI Troubles (Legacy and Reconciliation) Bill] goes through, they won't see this day and that is a difficult one,” said Minty Thompson.

Kathleen Thompson is survived by her children: David, Billy, Minty, Patricia and Ernie. Their brother, Pat, and father, Patrick, are deceased.

Speaking to Derry Now following the coroner's findings, Paul O'Connor, Advocacy Manager, with the Pat Finucane Centre, which is supporting the Thompson family, extended an invitation to the community to gather in the Guildhall Square on Saturday, at 2.00pm, to remember Kathleen Thompson.

The family of Kathleen Thompson and the PFC are inviting family, friends and supporters to join us at 2pm on Guildhall Sq this Saturday to acknowledge this victory for truth and to support other families struggles! A celebration!

Mr O'Connor said: “We are inviting the people that have supported the families over the years to join us in Guildhall Square on Saturday, because, as the family said, like on Bloody Sunday with the Saville Inquiry, everybody should have a right to have the situation acknowledged publicly.

“Outside the court, the Thompson family's solicitor, Fearghal Shiels, of Madden and Finucane said this Inquest proved a Truth Process, which will rely on soldiers coming forward and telling the truth, as Brandon Lewis suggests, is doomed from the very start.

“And what Brandon Lewis is suggesting in the new legislation is an absolute travesty and will never get to the truth. This is why Brandon Lewis wants to close down all inquests,” said Mr O'Connor.

In a statement, Fearghal Shiels said: “This is yet another clear illustration that the inquest system is capable of achieving the truth for families seeking answers as to how their loved ones died.

“The soldier responsible for Mrs Thompson’s death gave evidence over the course of 4 days.

He persistently claimed not to have a clear recollection of the only time in which he has ever fired lived rounds in anger and killed someone.

“It is only by testing the witness’ account given immediately after the event using the independently objective ballistics, pathology and other witness evidence can a proper assessment of the witness’ credibility be reached.

“Any person who thinks that the proper circumstances of the how Kathleen Thompson died could be established through the mechanisms suggested by the current government’s legacy proposals and reliant upon the cooperation and honesty of those responsible for the death, is frankly living on another planet,” said Mr Shiels. 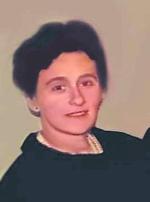 Unjustified firing of shots by soldier

SDLP Leader Colum Eastwood MP described the conclusion of Kathleen Thompson's inquest as a “clear vindication’ of her family’s long fight for justice”.

He said the verdict was a damning indictment of the British Government’s immoral approach to legacy inquests and investigations which would see these routes to truth and justice shut down for other families.

Mr Eastwood was speaking from the British Parliament took part in a debate on the Legacy Bill on Wednesday afternoon.

He added: “Kathleen Thompson’s family have been fighting for truth and justice since the moment that Soldier D shot and killed their mother in November 1971. The truth about what happened to a mother of six in the back garden of her own home was delayed for more than 50 years by the institutions of the state but it could never be denied to those who loved Kathleen. They have taken on the full might of the British Government and today, at long last, they have been vindicated.

“On Wednesday, in the House of Commons, the Secretary of State will make the flawed case for new legislation which would have denied justice to the Thompson family forever. Brandon Lewis will seek support for an end to legacy inquests and investigations, pulling down the shutters on other families desperate to know what happened to their loved ones. This verdict isn’t just a hard-fought vindication for the Thompson family, it is the clearest possible demonstration that the path taken by Brandon Lewis is immoral, unjustifiable and will allow those who committed heinous crimes against people in Ireland to get away with it.

“Kathleen Thompson’s family shouldn’t have been forced to fight for truth for more than half a century. But in the emotion of this day, I hope they feel some sense of pride that they have done their mother proud. They have certainly done the city of Derry proud. The proper response from the government now would be to withdraw their flawed legislation and listen to the voices of victims who will never support this.”