Derry city centre to be 'Unboxed' for spectacular creative collaboration

Week-long event to run from Tuesday 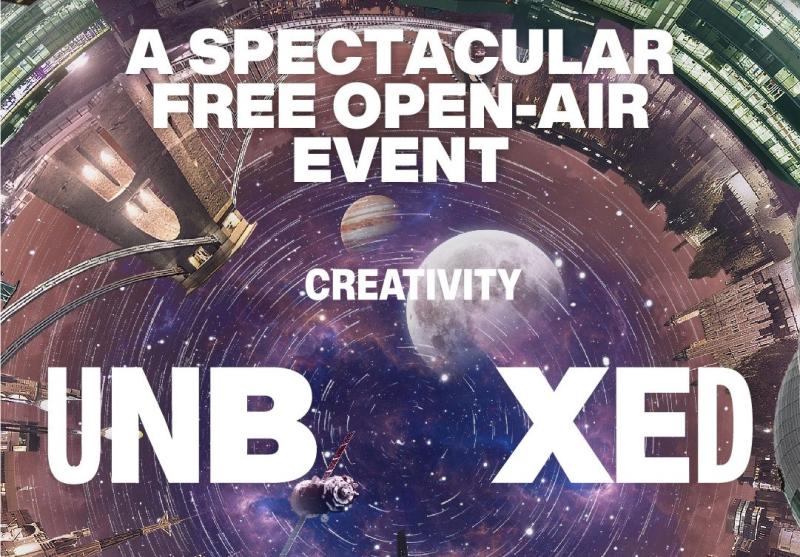 Derry city centre will next week host one of its most spectacular events.

Unboxed: Creativity in the UK and ‘About Us,’ taking place from Tuesday next, March 15 until the following Monday, March 2,' will be the first of a number of events happening later in the year, including Green Spaces Dark Skies for which thousands of people will be recruited to create a   large-scale outdoor artworks in areas of outstanding landscapes and Our Place in Space, an epic model of the solar system and a 10 kms sculpture trial which will be in before becoming permanent at the Ulster Transport Museum and North Down Coastal Path.

Produced by some of the brightest minds in science, technology, engineering, arts and maths, Unboxed features ten major multi-site and digital creative projects that share new ideas and possibilities for the future.

'About Us' is described as a 'spectacular, never seen before' free open-air event that combines live performances and multimedia installations  which  celebrates  the entire history of the universe from Big Bang to the present day.

Featuring poems and Scratch animations from young people from schools, the 25-minute projection shows  immerse audiences in an exhilarating journey through 13.8 billion years of history since the dawn of the universe in a celebration of  the infinite ways in which we connect to the cosmos, natural world, and one another.

‘About Us’ opened in Paisley in Scotland last week with audiences of over 50,000 people attending the week-long event.

The Derry event, will see 59 productions transform the landmark Guildhall Square and Waterloo Place into a vast canvas.

Acclaimed composer and musician, Nitin Sawhney, has composed the original score which will be performed as part of the live shows by  Codetta, in association with the City of Derry International Choir Festival,  directed by composer, Osnat Schmool, who has been working with the choirs this past week who will conduct alongside local  choir leaders.