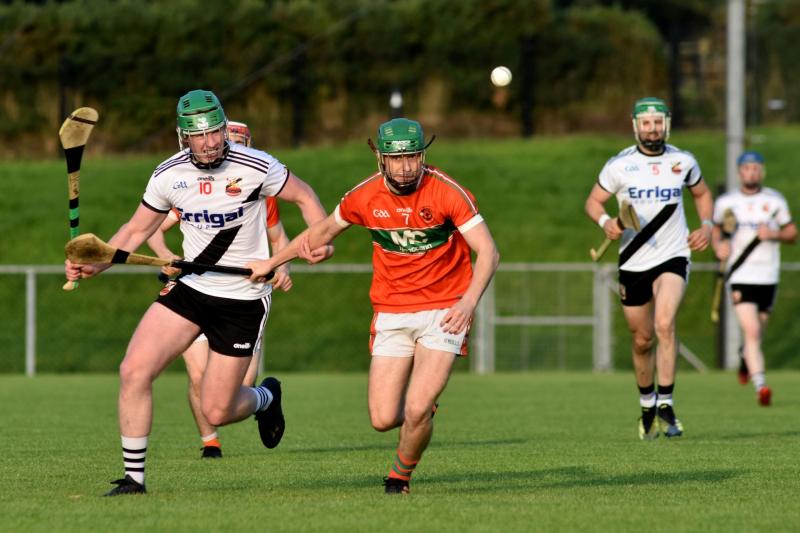 The home side never threw in the towel and kept battling against Lavey's spells of dominance, but 16 wides left Johnny McGarvey's side with regrets after giving so much to the game.

The sides were level (0-10 each) at half-time, despite Lavey's superior hunger and organisation on puck-outs. They held three separate three-point leads, but Sean Kelly, Richie Mullan (free) and Niall Ferris fired over late points to tie the game at the break.

The Lynch's went into a two-point lead early in the second-half, but Lavey came strong once again. Oran Downey played in Fintan Bradley for a score and second long-range free from Ciaran Hendry levelled matters (0-12 each) after 36 minutes.

After scoring lulls from both teams, Lavey hit four points in as many minutes, with their fourth a kicked Ryan Farren effort from close range that should've been buried in the net before the second water break.

Then, in the first play after the break, Niall McGonagle worked his puck-out short and seconds later Odhran McKeever drilled the sliotar diagonally across the Lavey defence where Tiarnán McHugh turned inside before firing to the net.

With eight minutes to go Lavey edged ahead from a Fintan Bradley free. He gained possession from the puck-out only to shoot wide followed by an Oran Downey shot that dropped short.

Great defending from Ciaran Hendry and Shane McGill, followed by a brilliant shoulder on Sean Kelly by James Crawford looked like it was going to turn the momentum in Lavey's favour.

With Eamon McGill and McHugh trading wides, the game got bogged down into a scrap in the closing stages.  Two minutes into stoppage time Sean Kelly gained possession after a ruck to level the game.

It looked like neither side had the nerve to hit the winning score until Richie Mullan's 64th minute free. Deep in his own half, the shot dropped short and when it was batted away from danger, Conor Kelly picked up the loose ball to drive over the winner that seemed unlikely for much of the final quarter.

Elsewhere Slaughtneil were 4-26 to 2-13 winners over Ballinascreen at Emmet Park.  Swatragh were also double score winners (2-20 to 1-10) at home to Na Magha.

Coleraine will host Banagher in the final game on Saturday (5.00).