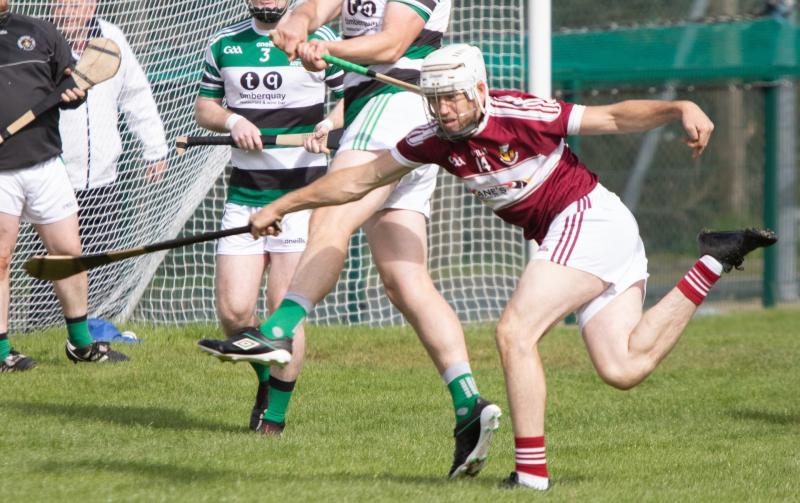 Banagher will travel to Coleraine this weekend for the opening round of the Derry SHC.

Coleraine v Banagher
Saturday (5.00) – Coleraine
Referee: Aidan McAleer (St Finbarr's)
It's a repeat of last year's Round 1 game which ended level after a late score from Darragh Cartin in an hour lit up by the magic of Sean Leo McGoldrick.

Cartin recently underwent an operation on the cruciate injury sustained on duty with Derry in Castlebar earlier in the season and a hand injury sustained in football action against Kilrea has kept Darryl McDermott out of action.

In his absence, Ryan Lynch – who is assisted by Loughgiel man Kieran O'Connell – will select between Conor Campbell and Johnny O'Dwyer as Sticks' replacement in the number one jersey.

Campbell's brother Liam Eoin has added to Banagher's attacking options, taking the pressure off Tiarnán McCloskey and Sean McCullagh in the scoring stakes.

After missing last season, Mark Lynch has returned and gives them a huge presence in the central third with Brian Óg McGilligan.

For Coleraine, manager Brendan McNicholl has Dara Mooney a year older and more experienced to add to their mix up front again. Outside of 0-29 from Sean Leo, Mooney's tally of 2-9 is streets ahead of Paddy Mullan who scored his 2-0 in Round 2 of the league in Lavey.

Aside from the McGoldrick brothers and Niall Holly, they will need big performances from Kosta Papachristopolous, Lorcan McMullen and goalkeeper Leo Passmore. The trio have been part of Derry's recent U17 and U20 teams.

Coleraine should've won the game last year and neither team is showing any consistency so far, but Banagher might come through this one.

Slaughtneil to open title defence at home to Ballinascreen

The sides met in the opening game last season