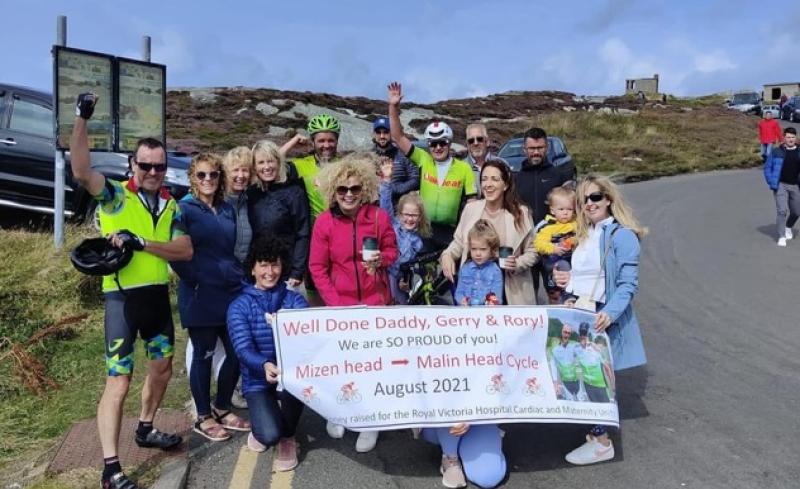 Family and friends with John, Gerry and Rory at the finish at Malin Head .

A Carn Wheelers' cyclist recently cycled the length of Ireland to raise fund for the Royal Jubilee Maternity and Royal Victoria hospitals in Belfast.

John Scullion set off on Friday from Mizen Head, on the tip of West Cork, to begin his cycle with the support of fellow club members Gerry Kelly and Rory O’Connor. 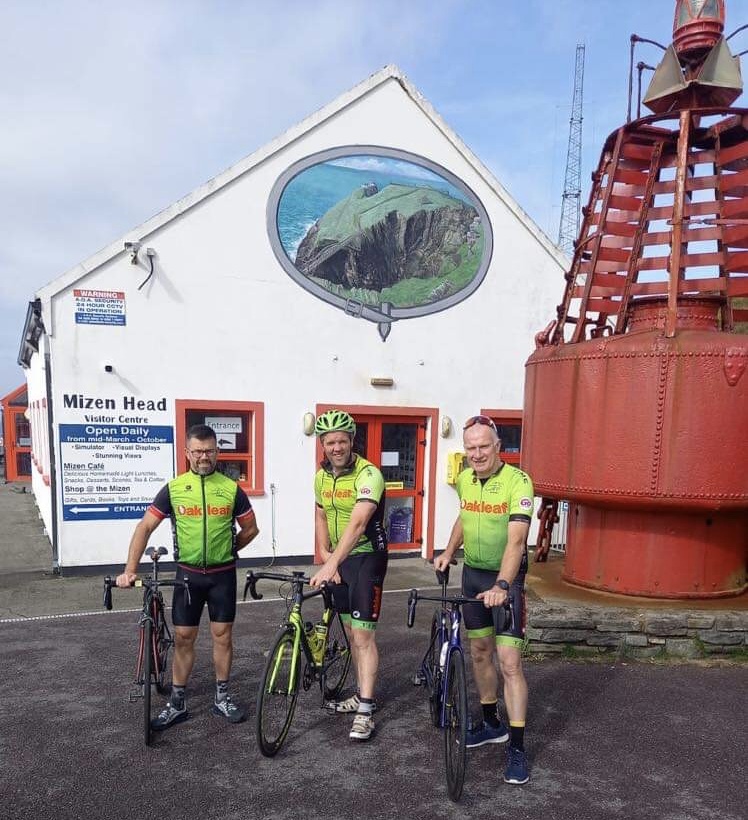 John took on the challenge to raise funds for the Royal Victoria Hospital Ward 5C cardiac ward and the Royal Jubilee Maternity Hospital.

His family were indebted to the staff from both hospitals after the care provided for his wife Michelle during her lengthy stay before safely delivering their baby Odhran.

Michelle has a genetic heart condition, Hypertrophic cardiomyopathy (HOCM). While this didn’t cause any issues with the three previous pregnancies, the fourth time round was very different.

In October 2019, while 26 weeks pregnant, consultants decided it was no longer safe for Michelle to continue her pregnancy at home and so began a three month hospital stay.

At this time with three babies at home, Aoife (5), Orlaith (3) and Michael (2), this was an extremely difficult time.

The staff supported Michelle both physically and mentally throughout those difficult three months and provided exceptional care which made a very difficult time much more bearable.

John and his family were indebted for the support they received and as a thank you he set out to raise money to help with much needed resources for both wards. 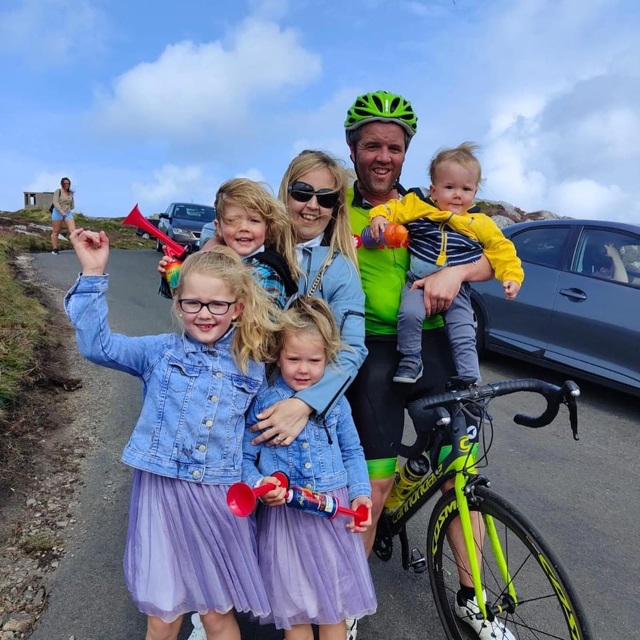 John with his wife Michelle and family after the cycle.

From Friday to Sunday John cycled a total of 415.3 miles over three days, a fantastic achievement and they rolled into Malin Head on Sunday afternoon. An excellent achievement by John, Gerry and Rory.

All donations for this worthy charity are still welcome - CLICK HERE...

FLASHBACK: Another successful Tour of South Derry for Carn Wheelers