Conor Glass feels his manager has united the squad 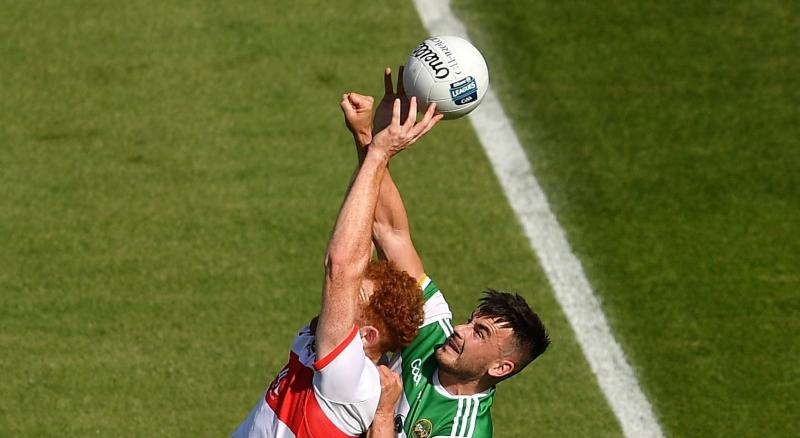 Conor Glass feels the togetherness manager Rory Gallagher has instilled to the squad will stand to Derry as they head into the championship and plot a path back to Division One.

Much as been made of Gallagher's animated and relentless demeanour along the sideline, often a 16th man during games, such his level of instruction.

“A lot of the boys would agree, he is passionate and that's one of the main things you want out of a manager,” Glass told the County Derry Post.

“The main thing for us is that he has brought the team together. In the past Derry teams, you'd question if they were close and if they'd chat off the field.

“This team are a lot closer, both on the field and off it and it is showing now in our performances. Our togetherness and team bonding has improved over the past couple of months and that's what you need in those close games.”

Glass kicked Derry's first point of the season in Longford, his first of five during their season so far, but it was his turnovers and defensive positional sense that gave Derry a presence and allowed Gareth McKinless to run at Offaly every chance he got.

“That is natural and that is my role in the team,” said Glass, who has played in defensive roles on teams above his age during his Glen underage career.

“In the AFL, I was that interception player, so that's born and bread into me. I built that into my performance and getting a couple of scores is a bonus in the end.”

Derry face the winners of Down or Donegal in next month's Ulster SFC Quarter-Final, as the county go in search of a first win in Ulster since their 2015 win over Down, a day when Glass captained the minors to victory on their way to a first Ulster minor title in 13 years.

Without an Ulster SFC win in five seasons, it doesn't bring pressure for Glass. Instead, winning five consecutive league games and securing promotion leaves him excited.

WATCH: Conor Glass on his decision to return home and his hopes for the future

“We can't change the past and a lot of the players (who played since 2015) have gone and this is a new Derry team and a new era for us. We will focus on the next three weeks and hopefully come out on the right end.”

When asked about the input of Glass and Gareth McKinless on Derry's season, Rory Gallagher paid tribute to their value

The Derry boss said 'everything' about Glass pleased him since his return from his AFL career.

“I knew enough about the character of him to throw him in last year, myself and the management, when he was very rusty,” Gallagher said.

“I think since that he’s improved and improved. He’s very humble, he puts the team first. There’s a lot of skills in Gaelic football, but your ability to play for the team, and his willingness to do that, is exceptional.”

Gallagher admitted to hearing 'a lot' about Gareth McKinless since he burst on the scene as a teenager.

“He is a far better footballer than I ever thought he was,” he said. “It is just brilliant to see him committing to it. He loves it, loves being up at training, loves the enjoyment of it and we are delighted to have him.”