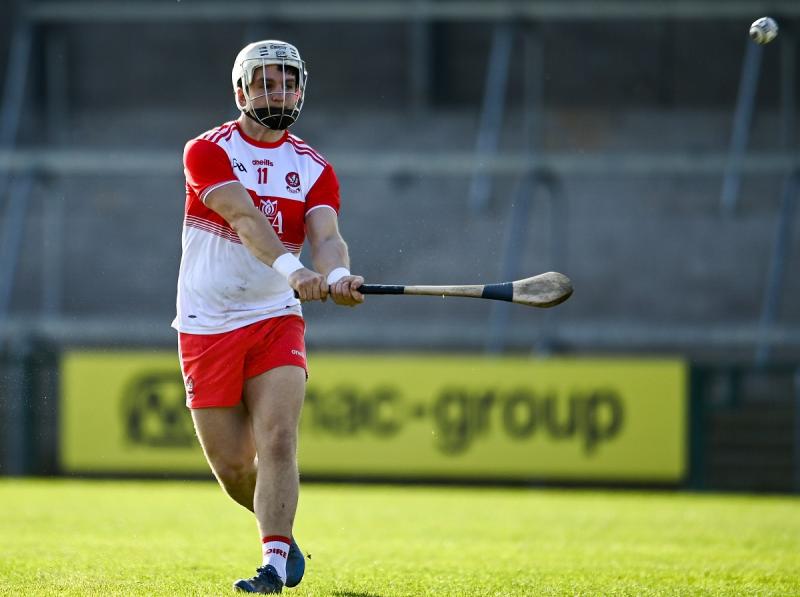 Cormac O'Doherty has been named as captain of the Derry senior hurling captain.

The Slaughtneil man takes over the mantle from club-mate Sean Cassidy, with Kevin Lynch's Conor Kelly as Vice Captain.

The Oakleafers, under the guidance of new managerial duo Dominic McKinley and Cormac Donnelly, open their league campaign away to Mayo as they aim to get out of Division 2B after losing the last two finals under previous manager John McEvoy.

This year, the format is different with the top team gaining automatic promotion. It leaves Derry's trip to Hawkfield to face Kildare as a crunch game in the promotion race.

In championship action, Derry are once again chasing a first ever Christy Ring Cup title. A defeat to Kerry was their closest, while there were narrow defeats to eventual winners Kildare and Meath in the 2018 and 2019 semi-finals.

Last year, they bowed up against Offaly, but will once again cross swords with old adversaries Wicklow in the group stages.

Derry's group will be played in round robin format and each team with the top two teams qualify for the semi-finals and the third-placed team will play in the Quarter-Final.

Group A  - Derry, Roscommon and Wicklow
Group B - Sligo and Offaly