At one stage, even the River Foyle froze over 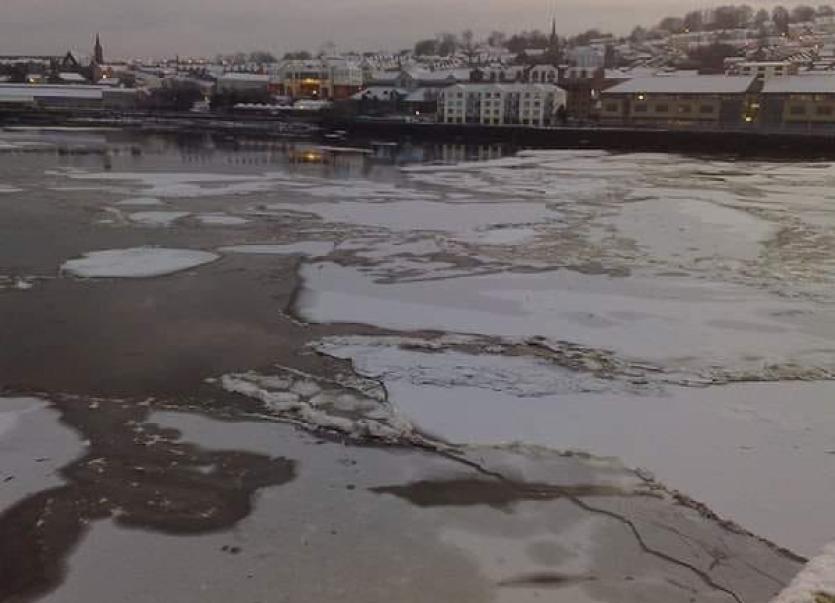 The River Foyle froze over during the harsh winter of 2010/11.

As we enter an unprecedented new year with the coronavirus pandemic dominating how we live, it is 10 years since how we went about our business was also adversely affected – but for a completely different reason.

From mid-December 2010 to early January 2011, like the rest of the country, Derry experienced its coldest winter on record when temperatures stayed below 10 degrees centigrade for days on end.

It was the third coldest winter in succession that brought heavy snowfalls, record low temperatures, travel chaos and school closures.

The River Foyle, the fastest-flowing river in Europe for its size, froze over (photo below by Davy Garnon), City of Derry Airport was forced to close, sporting fixtures postponed and many Christmas parties and festive nights out with family and friends were cancelled. 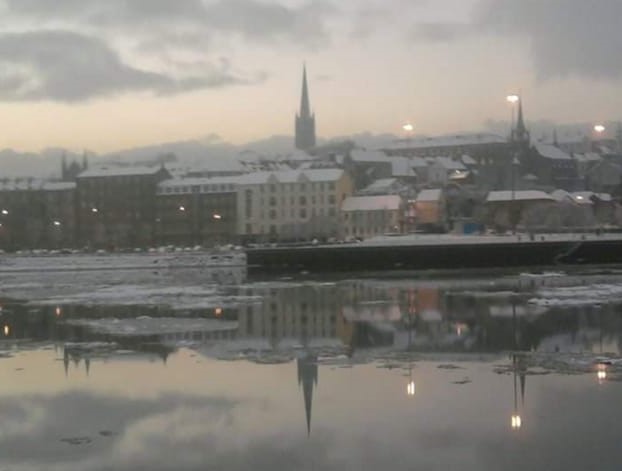 Speaking at the time, John Wylie, from the Met Office, said: "Sub-zero tem- peratures, widespread deep snow and all of the correct factors coming together at the right time to give us this weather event which will probably go down in history."

A temperature of -13.3  °C was recorded in Ballykelly on December 23, 2010. On the same day, Castlederg in County Tyrone was put firmly on the map - not only did it set a new record Northern Ireland lowest temperature, but it was also the coldest spot on the entire island as the thermometer fell to -18.7C.

This was followed by the winter of 2009/10 which for much of the country was worst since 1978/79, bringing widespread and heavy snowfalls.

Despite the entire country being covered in a blanket of snow, 2010 was not regarded as a 'White Christmas' as no snow fell on Christmas Day. 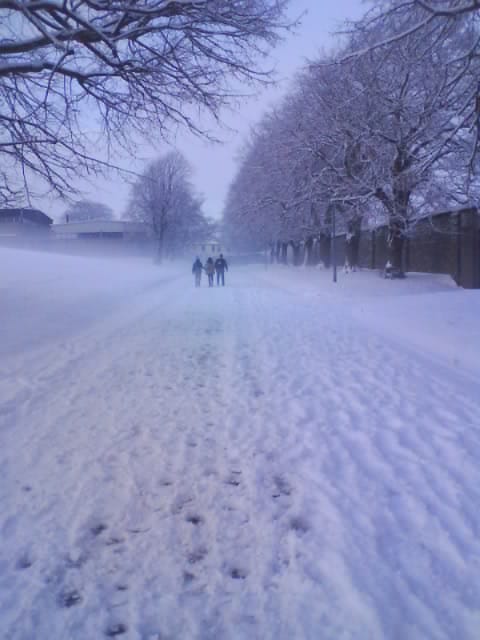 The scene in Brooke Park in 2010/11 in a photo taken by Ashlene Joyce.

However, just like today, Derry showed its kind nature as a number of community groups took the initiative in ensuring that vulnerable people were looked after during the wintery weather.

Volunteers in a number of areas visited elderly people in their homes distributing food and winter clothing and helping with shopping.

Peter McDonald, co-ordinator with the LCA, said the scheme proved to be a vital measure in keeping those most at risk from the elements safe.

Community volunteers in the Triax (Bogside, Brandywell, Creggan and the Fountain) took part in ‘Operation Snowball,’ aimed at helping the elderly community get through the cold snap, helping old people get to the shops as well as Mass as well as salting salt and clearing the footpaths in Creggan Street, Oakfield and several of the steep streets off the Lone Moor Road.

Volunteers also cleared pavements in the Top of the Hill and Shantallow areas.

The severe cold spell in the run up to Christmas was estimated to have cost the British economy up to £1.2 billion a day,  with a total cost of £13 billion.

Retailers were particularly badly hit by lost sales with footfall down nearly 20% compared to the same period the previous year.

Comments by the chief executive of a major hospitality body in the North echoed those of today.

Colin Neill, of Pubs of Ulster, which at the time represented 70% pf pubs in the North, described the situation for the local industry as 'critical' after trade was badly hit by the harsh weather.

Hundreds of functions had to be cancelled after snow caused massive disruption.

Mr Neill said: “This is probably the worst trading period over Christmas on record for our industry. We normally do 20% of our year's turnover in December and we have people cancelling left, right and centre.”

After the freeze came the thaw and within days tens of thousands of people were struggling to cope without water because of burst pipes.

About 80 towns and villages across Northern Ireland were affected and many people had to queue every day to get water for drinking and washing.

About 40,000 homes and businesses were cut off from the mains water supply during the Christmas period and NI Water was severely criticised for its response to those in need.