Historian Willie Temple celebrates the impact of the area 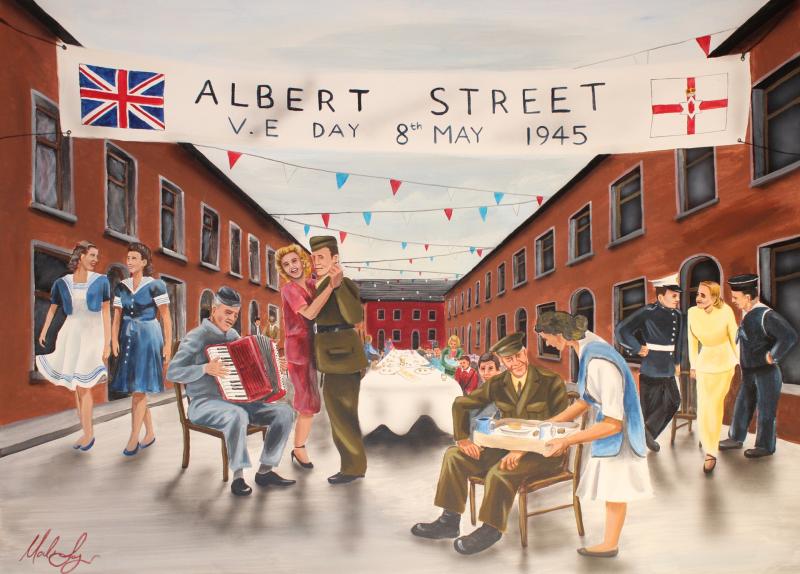 One of the images from the new book about the Fountain.

A local historian has written a book detailing the colourful history of the past 100 years in Derry's Fountain Estate.

The small  Protestant enclave adjacent to the city's historic walls has around  290 residents, but waAs once home to 1,500 people.

This project began when local artist Sean Loughrey was commissioned to create 12 paintings showing life in the Fountain through the last century, which are on display at the Thiepval Gallery at George Street.

He captured day-to-day life in the once bustling area which was home to pubs, shops, a factory and a fire station.

Historian William Temple was then asked to research the background behind each painting for his new book, 'The Fountain of Life,' which describes life in the area through the decades.

Mr Temple, who has an intimate knowledge of the Fountain, carried out his detailed research with the help of his sonm Trevorm and his wife, Elizabeth.

The book, which was funded by the Housing Executive, The Honourable The Irish Society and the Bob Harte Memorial Trust, had first been due for release at Bishop's Gate Hotel on March 23 last - the day the North went into Lockdown. 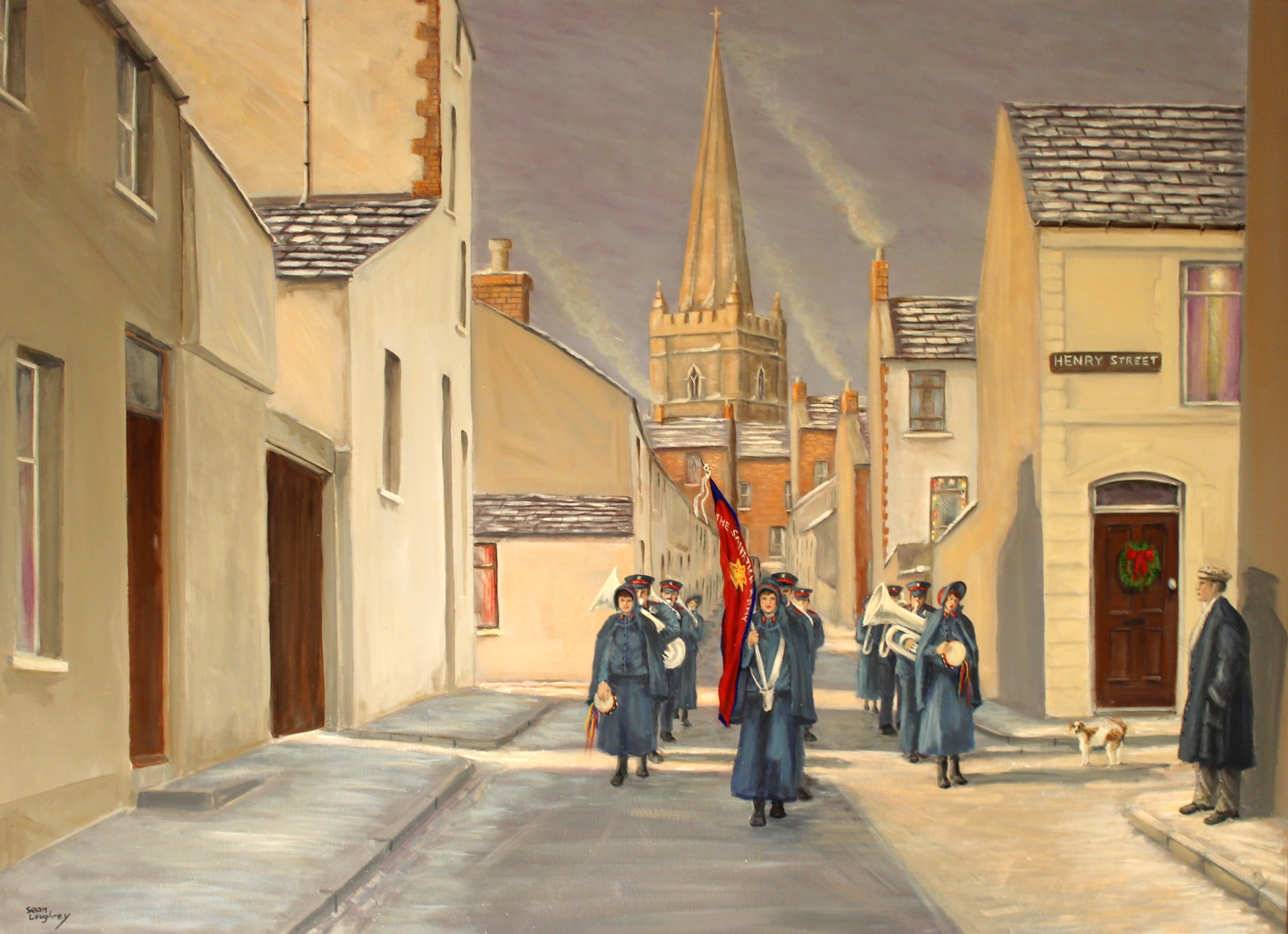 Instead, it was launched online at the end of August.

The Fountain of Life  was designed by Joe McAlister at Hive Studios and Derek Moore and Kyle Thompson, of the New Gate Arts and Culture Centre, worked alongside the printers on the style of the book

"Originally visitors to the area were only interested in the character of The Fountain area - taking photos of buildings and graffiti on the wall," explained Mr Temple.

"But when the organised tours started to come, they were more focused and they were tourists and social research historians coming in to look at the characteristics of the people

"The characteristics they were after were the culture, mannerisms, the social and economic conditions and the religious and political persuasions."

The last few pages of the book have been left blank so that local residents can add their own memories and photographs to tell their personal history of the area which can be passed down to future generations.

"The paintings are evocative for the people who resided in the old Fountain," continued Mr Temple.

"It brings back memories and feelings of the area. 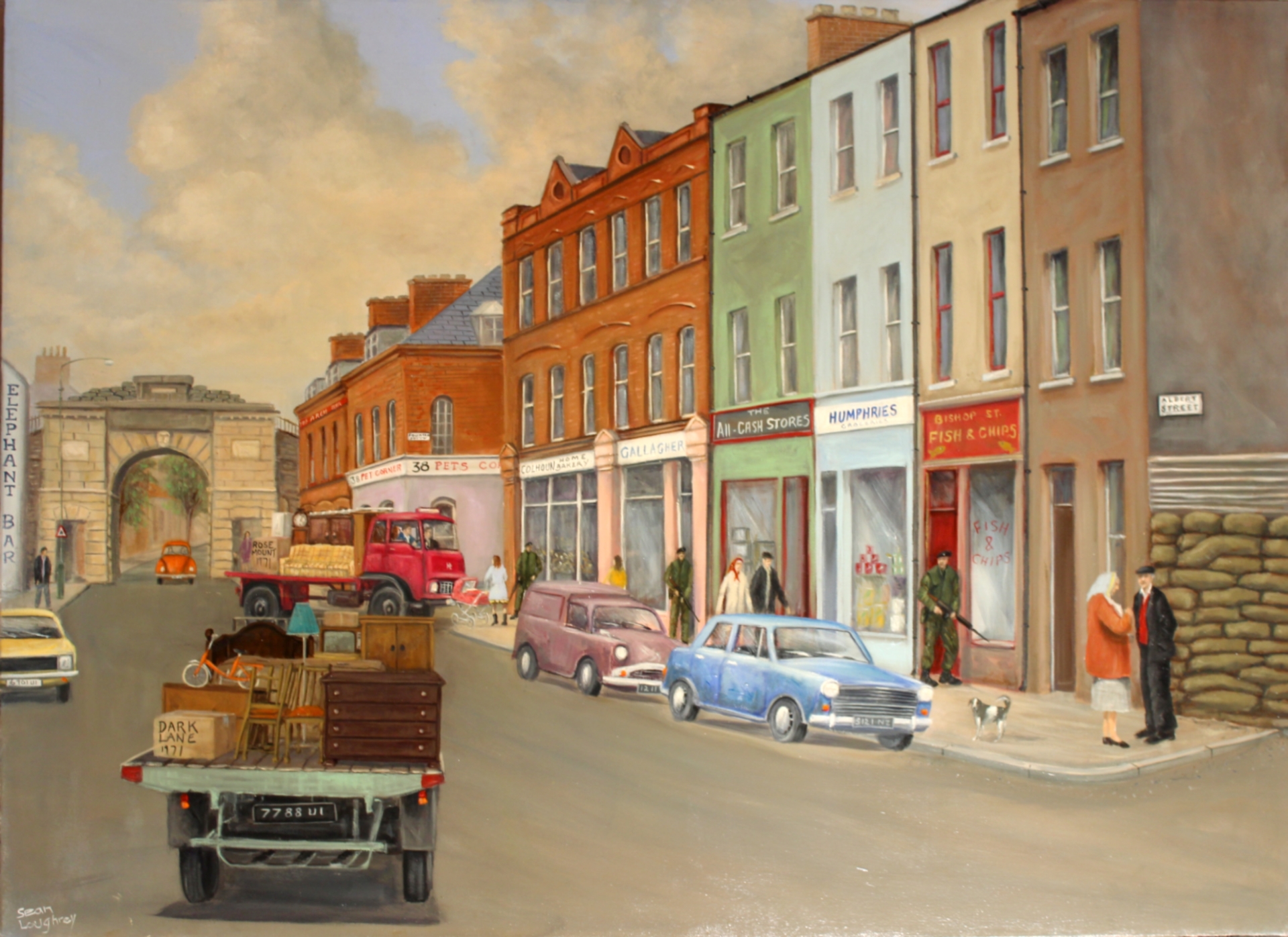 "Some of those memories are childhood days and others would be thinking about the compassionate terraced houses that people lived in.

"The people were very compassionate at that particular time.

"At that time there wasn't much money around and everybody pulled together.

"Unfortunately, there were other sad days, too, we had two World Wars and a lot of people were affected with them, as well as the events in between the two World Wars  the recent 'troubles.'

"There were sad times as well as happy times."

Mr Temple said the book would appeal to a lot of readers.

"It should be of interest to people who lived in  The Fountain and people who were employed or employers in the greater Fountain area.

"The people who went to the church or the local institutions.

"There's a lot of people who would have an interest in The Fountain."

And he hopes that shining a spotlight on the area will act as a catalyst for regeneration.

"It has become practically run down and hopefully we'll get it brought up again to the standard that would be acceptable to live in," he said.

Mr Temple concluded: "There is a lot of dereliction that needs tidied up, but the book should draw attention to The Fountain and hopefully we'll get something positive out of it."