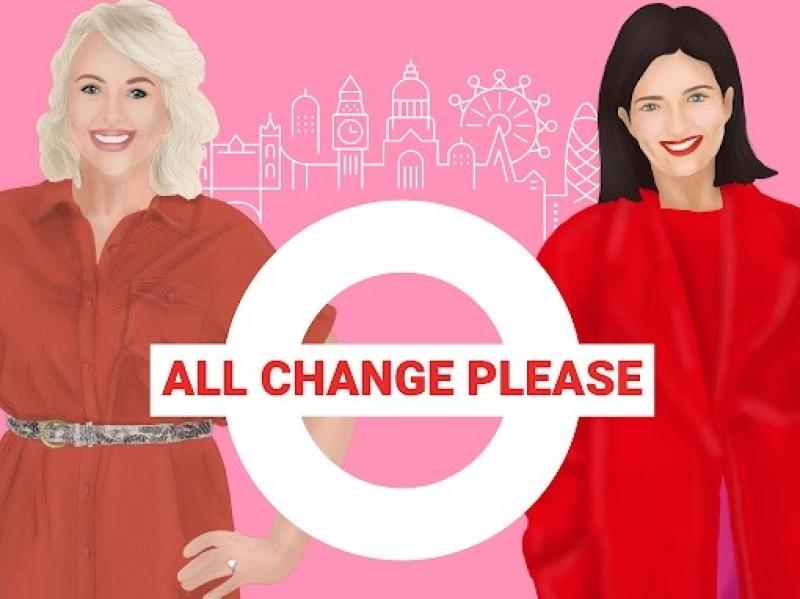 The All Change Please podcast is hosted by local woman Jeananne Craig and her friend Jayne Cherrington-Cook.

A journalist and writer has launched a new podcast inspired by her decision to leave the bright lights of London behind and move home to Derry.

Jeananne Craig worked in the English capital and Dublin for more than a decade, reporting on breaking news and showbiz red carpets.

But after the birth of her second child in 2015, the Rosemount woman decided to relocate to the city where she grew up.

“I had a great time in London and some amazing experiences there, but like many Derry people living away from home, I always missed it,” Jeananne said.

“We moved to Derry a year and a half ago and are so happy to be here, particularly in the last six months, when having a bit more space and being close to family and nature has been so important.”

With a growing trend for people looking to leave built-up cities for quieter, more affordable locations post-lockdown, Jeananne decided to share her experience and that of other ‘city quitters’ in a podcast.

All Change Please is co-hosted by Jeananne, who now works as a freelance journalist and copywriter, and her friend and fellow journalist, Jayne Cherrington-Cook, who left London for Kent.

They release new episodes fortnightly and interviewees in series one include 1990s music royalty-turned-designer Pearl Lowe, who moved from London to Somerset, Irish presenter and illustrator Maggie Molloy, and original Big Brother winner Craig Phillips, who reveals he once rented a room from the show's notorious 'Nasty Nick.'

"We cover all sorts of topics, from the practicalities of moving, to working from home and making friends somewhere new - and whether people have any regrets about leaving a big city," said Jeananne.

"It's all done remotely with Jayne in Kent, me in Derry and our guest  joining from wherever they're based.

"I actually have to record in my parents' house, my own is too noisy with two young children running around and wanting to join in," said Jeananne who, plans to include some well-known local names soon.
The logo for All Change Please was designed by local artist Bronach Crabtee, aka The Crafty Crab.

"The plan is to attract listeners considering a move, but I think our interviewees have such interesting stories to tell, it will make a good listen for anyone looking for a new podcast to enjoy," Jeananne added.

The first two episodes of All Change Please are online now, with new episodes released fortnightly on a Thursday.

The podcast  is available on iTunes, Spotify and Acast, and is on Twitter @allchangepod