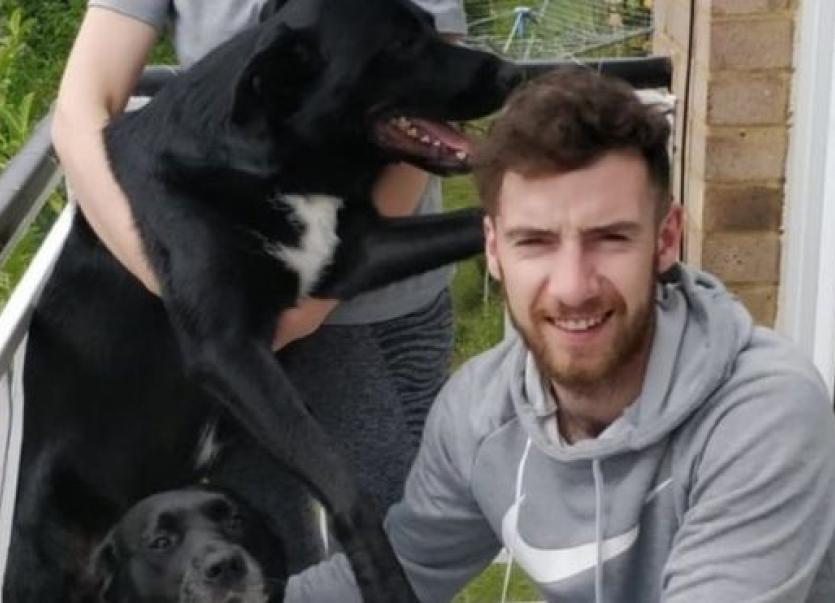 Aaron Doherty was attacked earlier this month after going to the aid of a dog being attacked.

A young Derry man left seriously injured after trying to stop an attack on a dog has been released from hospital.

Aaron Doherty, 24, who is also known as Harry, was in a taxi on July 12 when he saw the dog being attacked by a group of youths in the Skeoge area of the city.

Aaron got the taxi driver to stop but the 24-year-old was assaulted as he tried to intervene in the attack on the dog.

He suffered serious head injuries and was initially treated at Altnagelvin Hospital before being transferred to the Royal Victoria Hospital in Belfast.

However, he was released from hospital on Friday and is now recovering back home in the Marlborough area of the city.

Speaking to the Derry News, Aaron's stepfather Gerry Doherty said they were delighted to get him home.

“It has been a nightmare over the last few days but we are just glad he is home but he will still take a good while to recover fully,” he said.

Mr Doherty said they had been 'amazed' by the outpouring of support for Aaron, a member of the Friends of Rescue animal welfare group, and his family following the attack.

“The support has been brilliant and it was great to see.

“There has been a collection started for Aaron which we didn't ask for but it just shows how highly people think of him.”

The fundraising page has already raised more than £2,000.

Mr Doherty last week appealed for anyone involved in the attack or who has information about what happened to contact the police.

It is understood that his appeal has led to a significant development in the investigation.

However, Mr Doherty stressed that it was important everyone with information comes forward.

“I believe that there are good and bad people out there.

“The person or people who did this to Aaron are bad people and need to be taken off the streets.

“But there are many good people, some of whom may have information about what happened and I would appeal to them to come forward with any information they have.”

Mr Doherty said his family were grateful towards a man and woman who stopped to help his stepson before he was taken to hospital.

“To stop like that, in the face of a gang of young people takes some courage,” he said.

Police said investigations are continuing into the attack.

They have appealed for anyone with information to come forward.

A PSNI spokesperson also appealed to anyone who might have driving in the area and who would have dashcam footage to come forward. It is understood the incident occurred around 10.30pm.

“Anyone who was in the area or who may have captured mobile phone or dashcam footage is asked to contact police on 101, quoting reference 2318 12/07/20.”