If stones could speak: the hidden and traumatic history of 'Gransha' hospital in Derry

Aspiring young journalist Nathan Edgar is a former pupil of Oakgrove Integrated College which for a period was housed in the former Stradreagh Hospital at Gransha. He was always fascinated by the history of the now dilapidated hospital, but was amazed at what he found out recently. 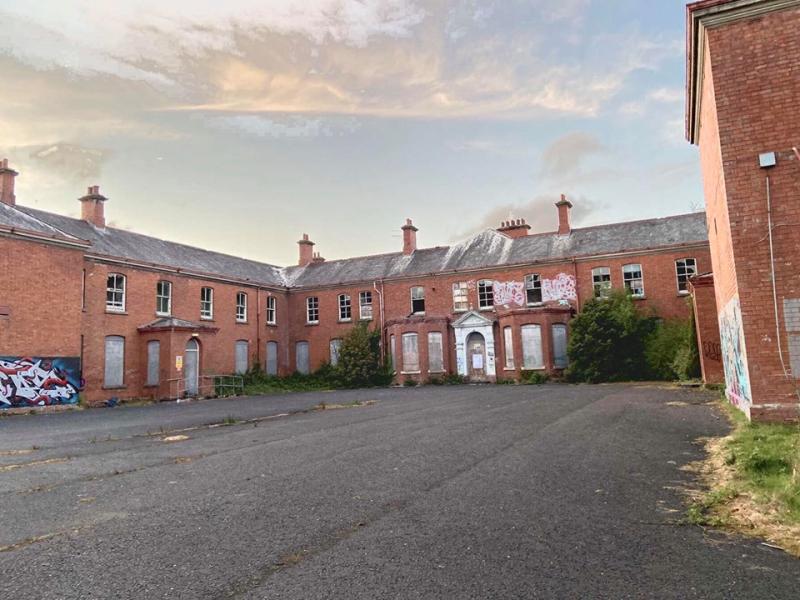 The main building of the former Stradreagh Hospital at Gransha.

From bomb-scares to memorable teachers and ancient methods of dealing with mental health, Stradreagh Hospital at Gransha is remembered with a considerable mix of emotions.

Some are favourable but there are eerie stories too that I would go far as to brand disturbing - mysteries that leave one searching for answers.

Certainly, this old hospital is surrounded by fascinating history and intriguing tales.

A couple of weeks ago, I put an appeal online searching for information regarding Stradreagh Hospital, which in its day was used for treating patients with mental health disorders. 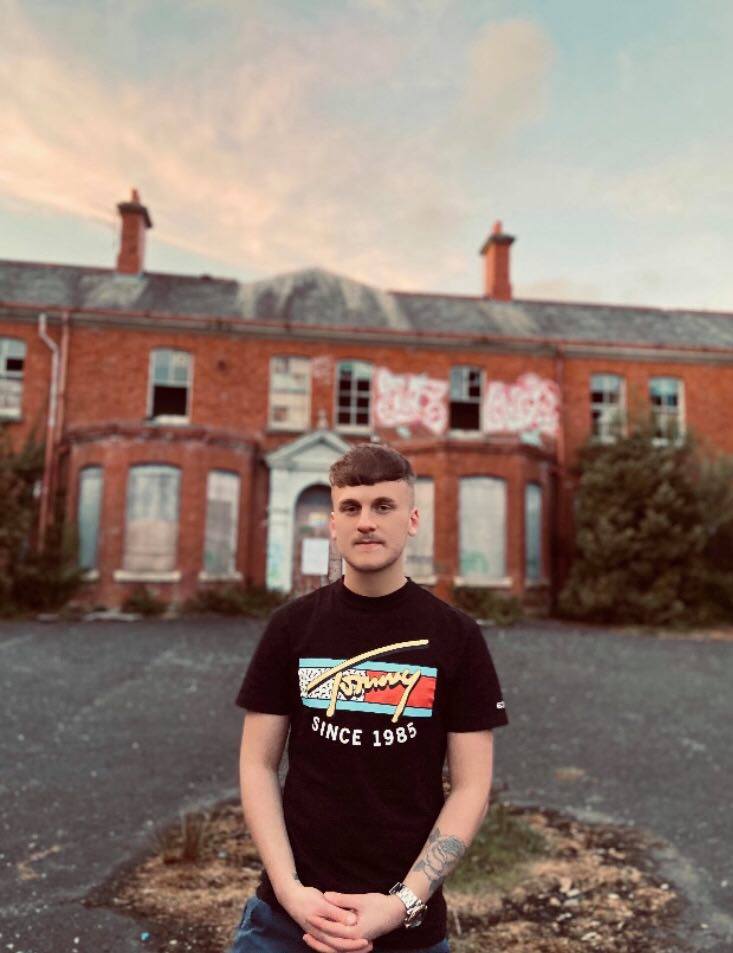 Back then it was known as a 'mental asylum' but in modern times such use of language is deemed offensive and demeaning to patients and their families.

After the hospital’s closure some years back, it temporarily housed a secondary school – Oakgrove Integrated College.

Recently, I was amazed by the response from hundreds of local people who gave an incredible insight into the building and contributed images and shared old school and work stories.

Members of the public expressed how thankful they were that society has become more accepting of mental illness over the past few years.

A former caretaker who worked in the building gave me a glimpse of some of the mysterious tales.

He said: "At night, doors would be firmly closed but would open and slam closed by themselves right in front of me.”

Stradreagh Hospital began as Londonderry District Lunatic Asylum, or as it was known locally the ‘Asylum’.

It was opened in the year 1829 on Strand Road in the city and was the fourth of eleven built in Ireland during the 19th century.

The eight acres of land, the building and the furnishings cost the government £25,678.

This was repaid by the counties of Londonderry, Donegal and Tyrone, in installments.

Then, due to overcrowding, a new site was chosen at Gransha in 1895.

This opened in 1903 and in the mid-1900s became known as Stradreagh Hospital.

In 1992, the hospital site was taken over by Oakgrove College until a new school building was completed in 2004.

Students from Oakgrove College that I have spoken to recall how there were 'rooms that were never open to students' and explained how the rooms 'looked like cells – some also seemed to be used as medical stores'.

A former cleaner of the hospital told me that: "Beds were bolted to the floors, with padding on the walls of some rooms. I used to dread cleaning the wards at times. You never knew what you were going to see.”

Whilst doing research on the old hospital, I realised how different the approach to mental health was in the past and the methods of treatment compared to how it is handled in our modern world.

This has been described as a 'last resort'.

A worrying report found that patients who believed the treatment helped them had a high frequency of relapse.

It became evident that the treatment could cause severe cognitive impairment and memory loss with some not being able to recall significant events in their lives nor even remember family members.

ECT was physically dangerous in the beginning but in modern times with the use of muscle relaxants, it tends to avoid physical injury.

Nevertheless, I was shocked to find that this old-school method of therapy, often described as being 'barbaric', is still being used in a few places, some patients even receiving treatment without consent under the Mental Health Act.

The thing that I found most alarming was that this treatment may have been used in the 1950s as a method of controlling patients who were deemed 'difficult'.

Reports also document that ECT was used for 'curing' homosexuality, which back then was deemed an abnormality. 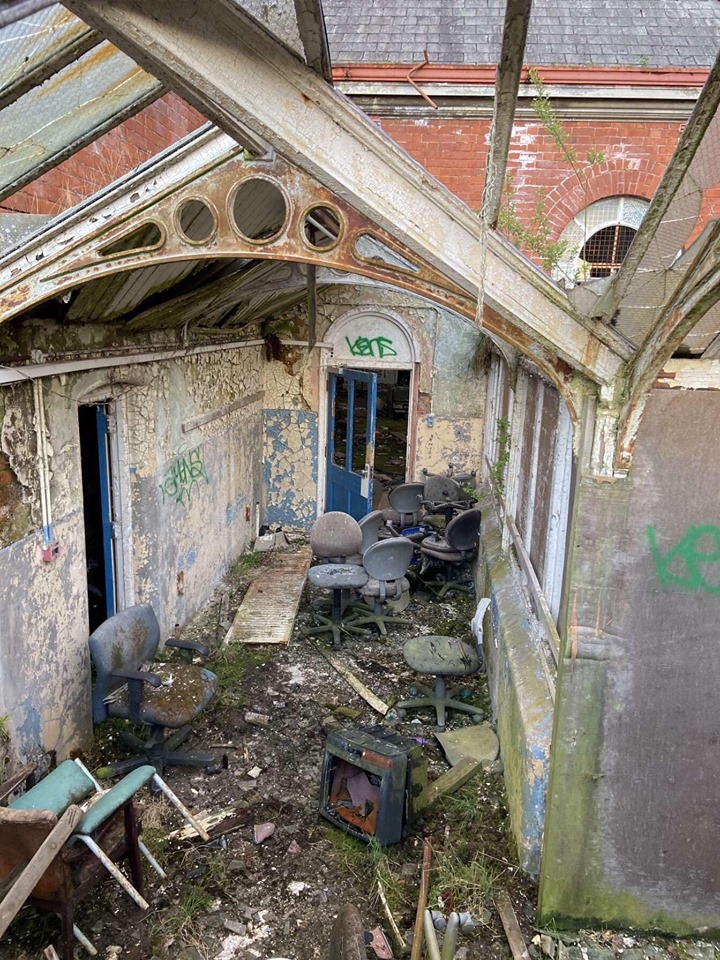 According to The Lancet Psychiatry Journal, homosexual people were deemed mentally ill and at the time they faced a prison sentence or aversion therapy or both. Such practices were eventually abandoned in1973 though it is still possible to find opinions that support them.

Of course, one has to say that great and loving care was also a feature of the old Stradreagh Hospital.

Nonetheless, I always had an eerie feeling about tales surrounding the hospital and I have to admit even wandering around the outside of the boarded up old building these days gives me a sense of dread.

I wonder is there something residual in the air, a leftover from those times when treatments, often with short-lived improvement, were the order of the day?

It’s good to know that all of this has changed with modern approaches and state-of- the -art drugs.

Mental illness is no longer seen as a stigma and this is so important in a world where mental health is such a concern especially for today’s young people.