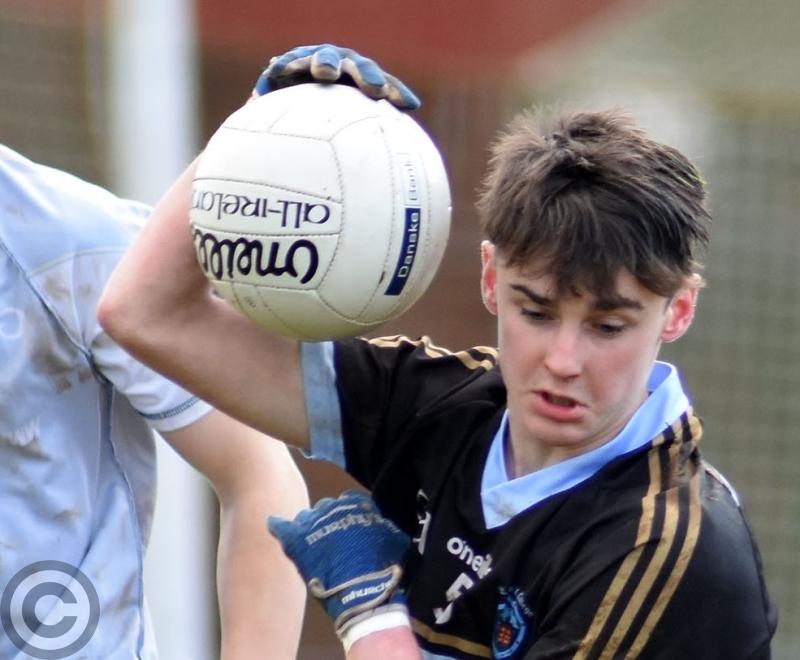 A late point from Stephen Mooney sunk St Pius at the end of an extra-time thriller at the Dub on Friday afternoon.

It was a hugely enjoyable game, with both teams playing some superb attacking football and they will both be in the mix for McLarnon honours when the competition heats up in February.

Early points from all-star forward Conor McAteer and Darragh Wade had St Pius ahead 0-3 to 0-1 after eight minutes.

They were rocked by Conor Eccles goal for Castleblayney midway through the half but pegged it back to level at the break, 0-9 to 1-6.

McAteer, who was exceptional in normal time, edged St Pius into an early second-half lead with a point on the restart, as they began to control the game.

The Magherafelt side went into a four point before Josh Mone's goal later put Castlebayney in front, with eight minutes left on the clock. St Pius were soon level (2-9 to 0-15) thanks to a Wade point in the closing minutes.

But the drama was only beginning.  Mooney edged Our Lady's ahead in stoppage time but there was still time for Michael Forbes to send the game to extra-time.

Jason Duffy found the net for Castleblayney in extra time but back came St Pius and at half-time in extra-time, the sides were level again, 1-19 to 3-13, with Wade finding the net for St Pius.

The trend continued.  With time almost up, the teams were again deadlocked before Mooney won the game for 'Blayney.

They now play Loreto Milford in the final.  St Pius' focus will turn to the McLarnon Cup. Padraig O'Kane's side are already through to the quarter-finals – by virtue of winning their group - and chase a first title since their All-Ireland winning year of 2009.

The four group winners are seeded in the draw, where they will play a winner from Round 2, which includes two other Derry schools.

St Columb's Derry face St Joseph's Donaghmore. After their win (3-12 to 2-6) Round 1 win over Castlewellan, Loreto Coleraine meet Aquinas in Round 2.

- ALSO Conor McAteer was one of three Derry players in the Ulster Schools' All-Star teams...