The run raised money for people in need around the world 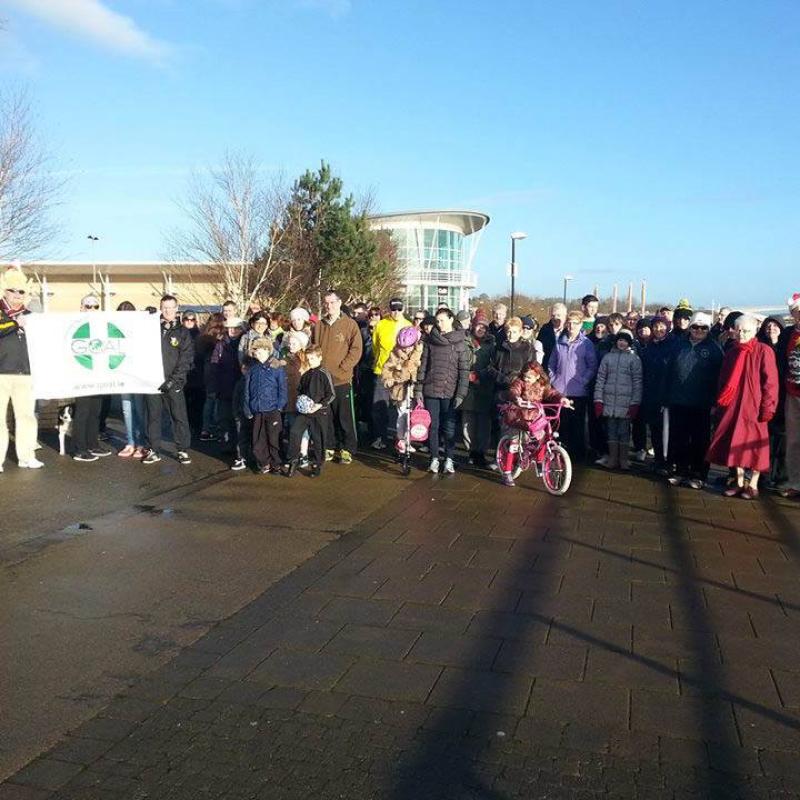 The CEO of humanitarian aid agency GOAL has thanked the people of Derry who took time out to support the most vulnerable in our world by taking part in a GOAL Mile.

People from across Derry Christmas gathered at Sainsburys on St Stephen's Day to help GOAL by walking, running or jogging a mile.

Now in its 38th year, the GOAL Mile is one of Ireland’s largest and longest-running annual fundraising events. It is steeped in tradition for people who build in a GOAL Mile as part of their Christmas routine.

This year over 140 GOAL Miles were organized all over Ireland. GOAL Miles also took place abroad in South Sudan, Texas, Poland, Sweden and with the Defence Forces in the Golan Heights.

Last year GOAL reached more than 5.5 million people in need around the world. The vital work of the 2,500 GOAL personnel working in Africa, the Middle East and Latin America included supporting those displaced by the ongoing conflict in Syria; running nutrition programmes saving the lives of infants under the age of six months in refugee camps in Ethiopia and providing emergency response to thousands of people affected by Cyclone Ida in Zimbabwe.

Siobhan Walsh said: “A huge thanks to GOAL Mile organisers in Derry and around Ireland for their support this year. Millions of euros have been raised to support GOAL’s work in the developing world since the first GOAL Mile was staged in 1982.The widespread support of the people of Ireland for the GOAL Mile embodies the true spirit of Christmas. I would like to thank the thousands of people who started their Christmas day taking action to support others.

Miss Walsh added: “The theme of our Christmas Campaign this year is Far From Home, and I am grateful to all of the dedicated  GOAL workers who themselves were far from home this Christmas caring for the families who are displaced from their homes through war, conflict, drought and extreme poverty. The Christmas GOAL mile is much more than an event. It is a very powerful reminder that the people of Ireland will always go the extra mile and in doing so, help create a better world.  "