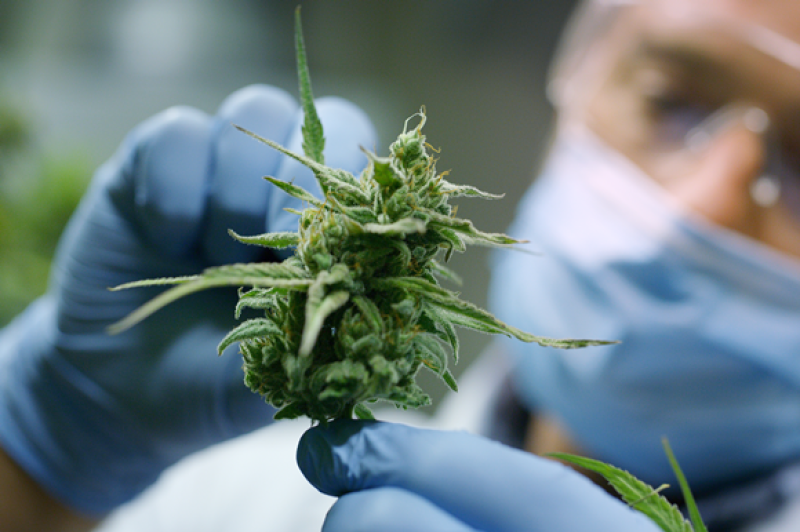 Patients living in Derry can apply to take part in a UK-wide drugs trial which aims to provide the largest body of evidence to support the use of medicinal cannabis.
A year on from the legalisation of medical cannabis in Northern Ireland, it remains out of reach for the vast majority of patients.
High-profile cases whose medical conditions appeared to be improved by cannabis oil, include that of Billy Caldwell from Tyrone whose mother has campaigned for the legalisation of cannabis after seeing at first-hand how it helped to control her son’s epileptic seizures.
In a statement to the Derry News the department of health acknowledged that “very low” numbers have been able to avail of the drug in NI due to a “cautious” approach by doctors and “limited evidence”.
This influenced the decision by independent body Drug Science to launch project Twenty21 last week which will enrol 20,000 patients by the end of 2021, creating the largest body of evidence for the efficacy of medical cannabis.
It aims to convince policy makers that medical cannabis should be as widely available, and affordable, as other approved medicines for patients who would benefit from them.
It also seeks to support prescribers across the country to feel confident in providing medical cannabis to such patients, and make a powerful case for NHS funding, by proving the favourable risk/benefit ratio of medical cannabis in seven key identified conditions.
Leading the project, Professor David Nutt from the UK’s leading independent scientific body Drug Science says: “Medical cannabis is still out of reach for far too many. Patients are left untreated, in significant debt from the cost of private prescriptions, or criminalised as they are forced to turn to the black market.
“They don’t deserve any of this, and the situation with prescribing desperately needs to change.”
Project Twenty21 will study 20,000 patients who have either Chronic Pain, Epilepsy, Multiple Slerocis, Post Traumatic Stress Disorder (PTSD), Tourette’s Syndrome, Anxiety Disorder or who are dealing with the harm of substance misuse.

People living in Derry and the rest of Northern Ireland can apply to take part in the trial.
It will use real-world data to document the effectiveness, safety, QALY and patient reported outcomes in those prescribed medical cannabis for these conditions.
It will not be a randomised control trial - where some would receive placebo - and all 20,000 participants will receive medical cannabis at an affordable cost, subsidised by partnering medical companies and by Drug Science itself.
Project Twenty21 has the support The Royal College of Psychiatrists, The British Pain Society, the United Patients Alliance, patients, peers and medical cannabis campaigners.
A spokeswoman for the Royal College of Psychiatrists in Northern Ireland, said: “The Royal College of Psychiatrists welcomes this pilot project which it hopes will make an important contribution towards addressing the paucity of evidence for the use of cannabis-based medicinal products (CBMPs) in all health settings, including mental health.
“We hope that this pilot, along with other research such as more much-needed randomised control trials, will continue to build the evidence on CBMPs.”
Hannah Deacon is a leading campaigner, whose son Alfie Dingley has received much media coverage because of his need for medical cannabis to treat severe epilepsy. She says: “It has been a frustrating year for families like ours. Even after our high-profile case, my son still can’t access all of the medicinal cannabis products that would truly help his intractable epilepsy.
“That situation needs to change. For us and for thousands of others whose cases aren’t as well known as ours. It’s why I completely support this project.”
There are 15-28 million people in the UK who, at some stage, suffer from chronic pain in the UK. Eight million of those will suffer a severe, disabling pain. Dr. Arun Bhaskar is president of the British Pain Society. “Data from several countries reveal that medical cannabis have benefitted several thousands of patients. There are more than 8 million people with disabling chronic pain in the UK and medical cannabis is still out of reach for them,” he explained.
“Trials like Project Twenty21 could provide evidence for safely and effectively prescribing these medicines that has the potential to provide pain relief and other life-changing benefits for some of these patients.”
Baroness Meacher of Spitalfields is chair of the UK All Parliamentary Group for Drug Policy Reform. She added: “Severely disabled patients who rely on their medical cannabis live in daily fear of arrest for growing their own medicine. Is it right for patients to be criminalised for looking after their health and saving the NHS huge sums? Future generations will look back in disbelief at our callousness.”

Meanwhile, the NI Department of Health said that following the change in the law to allow re-scheduling of cannabis-based products for medicinal use on 1st November 2018, the requirement for clinicians to apply to the Department for a license to prescribe such products was removed.
The law allows cannabis-based products for medicinal use to be recommended for patients on the advice of a specialist hospital doctor.
“The number of patients using cannabis based products for medicinal use is currently very low and reflects an appropriately cautious approach by doctors to prescribing these new unlicensed therapies which have limited evidence of safety and effectiveness and have not undergone the high standards of testing for medicines, which is essential for safe care.
“To support clinicians in understanding the current limited evidence base, guidance has been produced for clinicians by the Royal College of Physicians (RCP), the British Paediatric Neurology Association (BPNA), and the Association of British Neurologists (ABN).
“The National Institute of Health and Care Excellence (NICE) has been commissioned to produce guidelines by October 2019, which will update and replace this interim guidance,” a spokesperson concluded.
Further information for patients and the public is available on NI Direct at https://www.nidirect.gov.uk/articles/medicinal-cannabis
Patients and medical professionals wanting more information about the project Twenty21 are invited to visit www.drugscience.org.uk/project-twenty21/