It's the third meeting of the clubs this season 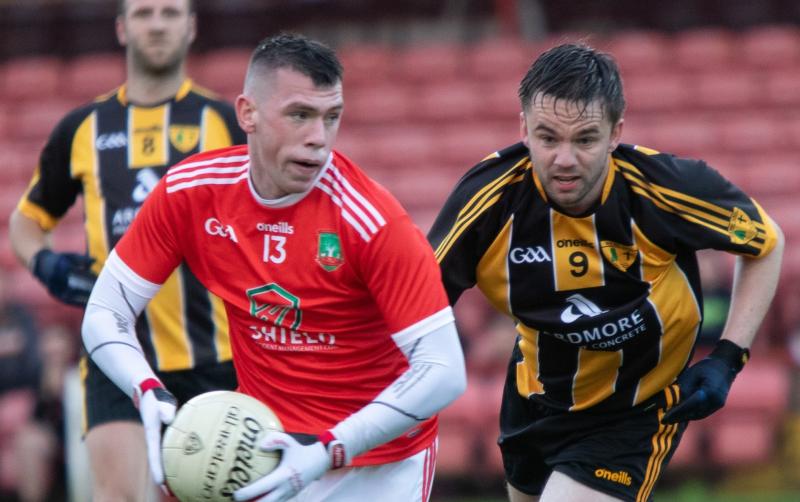 Neal Carlin Cup champions Sean Dolan's host Drum in the opening round of the Derry JFC.

When the teams met in a sunny Gortnahey back in June, it was Sean Dolan's who edged out a 0-12 to 0-10 win to build on their Neal Carlin Cup victory.

It was a shoot out between Drum starlet Micheál Farren (0-7) and Odhrán McKane who chipped in with half a dozen points for the visitors. It backed up their 3-8 to 0-8 win over Drum at Piggery Ridge on their way to lifting the Neal Carlin Cup.

McKane was handed a 48 week ban for an incident after the final with Glack, but had it overturned on the basis of video evidence on appeal.

Drum's 2-10 to 2-6 win over Doire Colmcille in July is all Drum have to show for their season so far. They shipped heavy defeats in their last two games to Limavady and league champions Ballymaguigan. Before that, they pushed Magilligan every step of the way in a 1-12 to 0-13 defeat against Magilligan.

Drum had Niall Ferris red carded early in the game, but with James McCartney and Micheál Farren impressive at midfield, they were well in contention. It was a James Payne goal with 15 minutes to go that turned the tide.

Drum are always a different opponent in the championship and the conundrum is getting as many of their key players on board as possible.

Sean Dolan's have more consistency and they are a more difficult opponent at home, which may just sway it.

The Lily Whites won the 2020 meeting of the sides