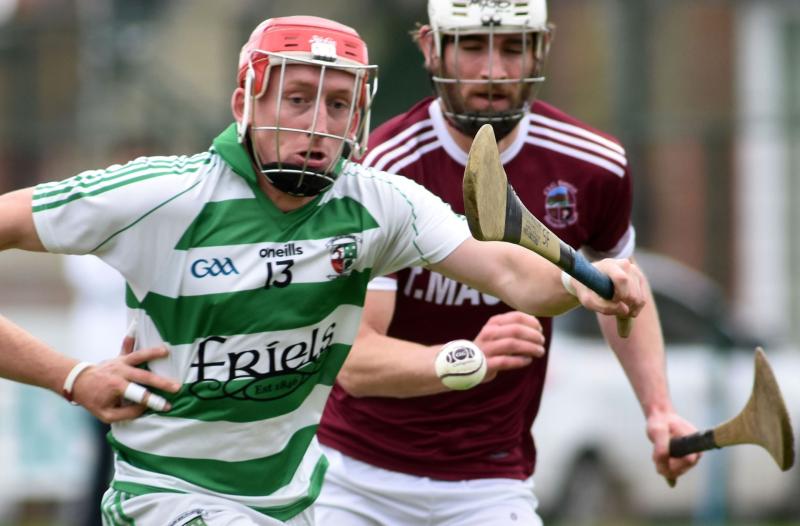 Two first half goals from Cahal Murray and Tommy McCloy put Swatragh on their way to victory against Na Magha at Davitt Park on Friday night.

Swatragh 2-20
Na Magha 1-10
The visitors were without Alan Grant, Deaglan Foley and lost Tim Rankin to an ankle injury after 20 minutes.

After a wasteful opening half, Na Magha trailed 2-10 to 0-5 at the break. Led by five points from Pádhraig Nelis, they fought their way back into the game. Their goal came from a good move down the right wing and when Keelan Doherty had his shot saved by Conor O'Kane, Tommy Gallagher was hand to finish from the rebound.

The Davitt's got off to a flier with six unaddressed points, all from play, before Na Magha opened their account.

It was a very physical encounter around the middle, with Swatragh also wasteful and guilty of balls dropping short.

Just before the first water break, the 'Swa began a fine passing move up the middle. Sean Francis Quinn got behind the Na Magha cover and an unselfish pass put McCloy in for the game's first goal.

After the break Sean Francis was also involved in Swatragh's second goal. His free dropped short and Cahal Murray came in and around the back where he doubled brilliantly in the air for his first championship goal.

The second half continued in the same way, very physical and scrappy at times. Patrick Turner scored a fine point from distance to settle Swatragh down.

Gallagher's goal for Na Magha came on the stroke of the water break, but Swatragh's bench made a telling contribution in the closing stages, adding three points.