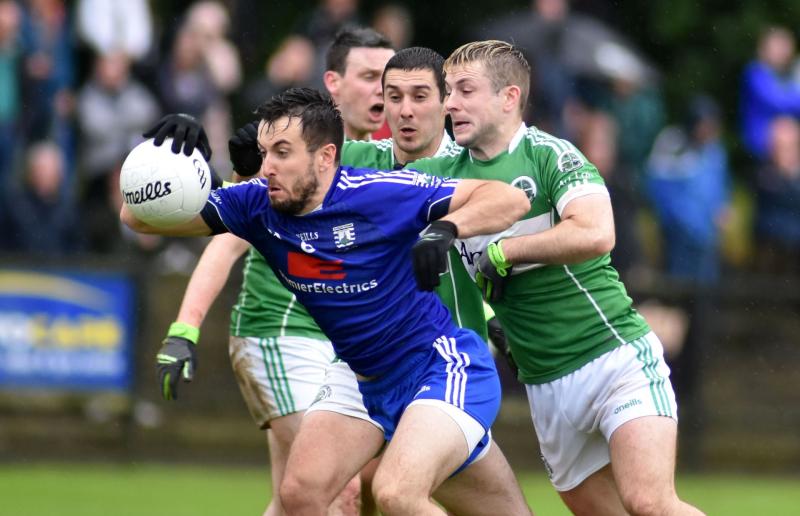 Bellaghy extended their winning run to four games with victory over Magherafelt at Páirc Seán de Brún on Sunday afternoon.

Bellaghy 1-14
Magherafelt 1-11
The visitors opened with points from Cormac Murphy and Shane Heavron and after Bellaghy drew level with Declan Brown and the league's top scorer Damon Gallagher on target.

Magherafelt had an 11th minute goal chance snuffed out, with Heavron still managing a point to put Adrian Cush's men back in front.

Gallagher put the Tones back into the lead before they scored their goal midway through the half, with Conleth McShane finishing to the net after a trademark run through the centre.

Murphy thumped over a great score as Magherafelt replied, but it was cancelled out when Eoghan Brown played Paul Cassidy in for a score.

With 10 minutes to half-time and trailing by four points, the visitors hit back with their goal. After giving a pass to Shane Heavron, defender Conor McCluskey took the return before finishing low to the net for his second goal in three games.

The home side bounced back with points from Paul and Declan Cassidy, working them into a 1-7 to 1-5 interval lead.

McShane and Heavron exchanged points at the start of the second half. Bellaghy were always able to keep themselves at a safe distance in a tight second-half and without conceding a goal, the win was always in their grasp.

Magherafelt lost Fergal Duffin to a black card for a foul on Declan Brown. Bellaghy took full advantage and edged themselves into a four-point lead, 1-13 to 1-9 thanks to Declan Cassidy and ever accurate Gallagher.

Cormac Murphy notched his fourth point from play late on, but it was Bellaghy who ran out deserving winners.

Ballinascreen notch second win of the season at Claudy