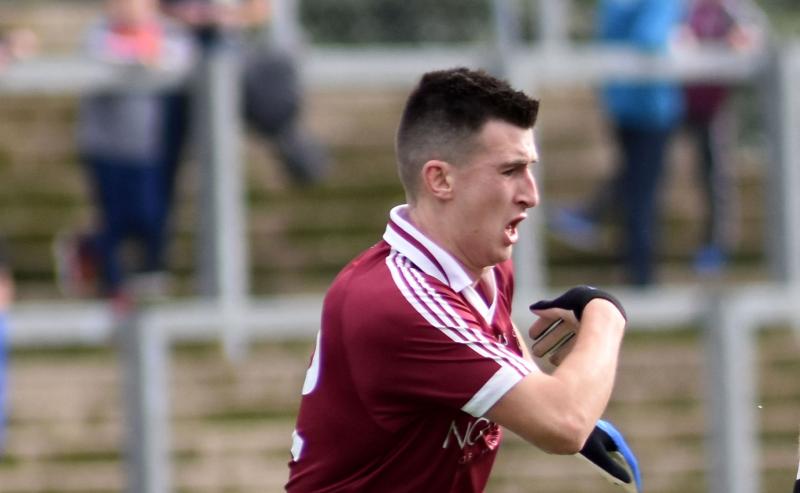 Slaughtneil came from four points down at half-time to see off Lavey at Emmet Park on Sunday afternoon.

Slaughtneil 1-16
Lavey 1-10
The sides will meet in the championship group stages next month and the defeat means Lavey need to beat Newbridge this weekend to be assured of the league title on head to head by virtue of their win over Glen earlier in the season. The Watties play Claudy this weekend and have their Loup game still to be refixed.

Paul Bradley handed Chrissy McKaigue a first start of the season, but lost Paul McNeill to injury on hurling duty in midweek.

With the breeze at their backs and an energetic running game, Lavey asked all the questions in the opening half.

Ronan Bradley opened the scoring, but after the sides were level three times in the opening quarter, a Christopher Bradley free had the home side narrowly ahead at the first water break, 0-4 to 0-3.

On the resumption, Lavey challenged Antóin McMullan's short kick-out, with Ryan Mulholland's interception leading to an Enda Downey equaliser after a foul on Calum Downey.

At the other end, Jack Scullion mixed his long kick-outs between Fintan Bradley and Declan Hughes who came deep. On one occasion. Hughes broke a ball into the run over the overlapping Aidan Toner before taking the return and slotting over to give Lavey a 0-6 to 0-4 lead after 23 minutes.

In the next play, Fintan Bradley's pass found Shane McGill who passed to his brother Eamon to drill home a close-range goal.

The visitors deservedly led 1-6 to 0-5 at the break, but Shane McGuigan had the ball over the bar within seconds of the restart.

Then came Slaughtneil's goal. Jack Scullion skewed a kick-out into the path of Sean Cassidy who fed Shane McGuigan who in turn laid off to Meehaul McGrath who deftly finished to the bottom corner and the sides were level.

With brothers Christopher and Ronan Bradley linking well together, Slaughtneil began to get a handle on the game.

Enda Downey had Lavey back in the lead, but when Keelan Feeney equalised for Slaughtneil, they tagged on four without reply in a six-minute spell to swing the game.

Slaughtneil led 1-12 to 1-9 at the end of the third quarter and tightened up defensively and attacked on the break with more purpose on their way to victory.

Bradley and Cassidy goals pave the way to victory for Slaughtneil