Greenlough and Foreglen draw in a tale of two penalties

Niall Loughlin came off the bench for Joe Cassidy's side 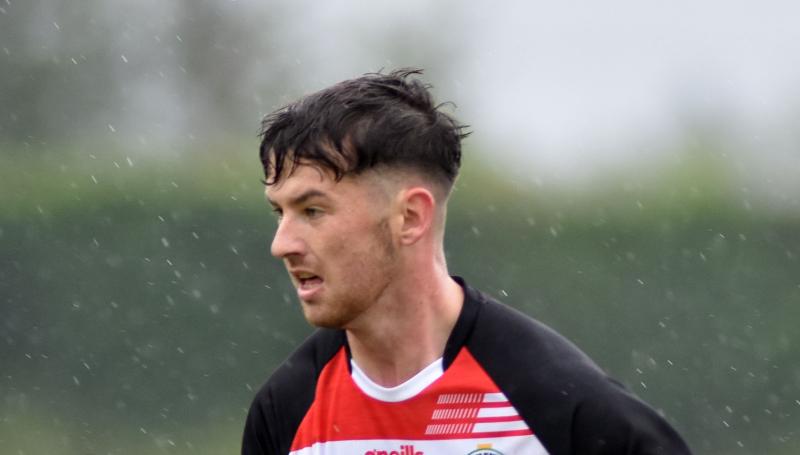 A penalty from Kevin Dunne earned Foreglen a draw at home to a Greenlough team going for three successive wins on Sunday afternoon.

Foreglen 1-9
Greenlough 1-9
In a game played with no real intensity, the sides were level (0-2 each) at the water break. As the game started to develop, it was Greenlough who found the run of play, and found themselves three points up (0-6 to 0-3) at the break. Kevin O'Connor (2) and Odhran McFeely were on target for the home side.

Foreglen dug deep and started running the ball through the hands, to work themselves inside the Greenlough defence as they started to narrow the gap.At the second water break, Foreglen were one point ahead, with the last 15 minutes proving to be vital.

Foreglen's defence proved very strong through-out, but Stephen Bradley looked to have won the game with a penalty.

From this, Foreglen built on the attack, and got into the opposition's 21 yard line before being hauled to the ground. With everyone back on the line, Kevin O'Connor had his shot saved and Ruairi McFeely was fouled as he tried to score from the rebound. From the penalty, the cool Kevin Dunne slotted home to tie the game.

Joe Gray's side trailed by a point at the break