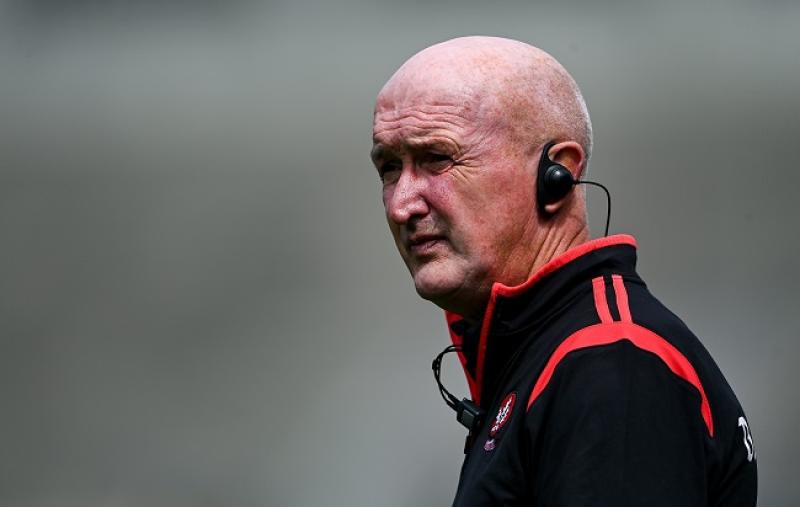 The scoreboard told the story of Sunday's Christy Ring Cup Final and, deep in the bowels of Croke Park's Cusack Stand, Derry joint manager Dominic McKinley said as much after the game.

"We were off the pace...it is self explanatory,” he began, referencing their superior touch and skill. “They controlled the airwaves as well with the puck outs and so on.”

Derry were without Conor McAllister with a knee injury and vice-captain Conor Kelly. While it left Derry having to re-jig their defence, McKinley wasn't offering it as any excuse for the gulf in class on the day.

With Meehaul McGrath now at corner-back and John Mullan deployed at wing-back, Cormac O'Doherty played as a defensive midfielder. It was a case of robbing Peter to pay Paul.

"We set out to try and stay in the game as best we could, not concede goals early on and maybe that was to our detriment because we coughed up seven or eight points for that with Cormac going that slightly bit deeper,” McKinley admitted.

"We struggled in a lot of the departments. I thought Meehaul (McGrath) worked hard for the whole game, but Offaly's shooting efficiency was very good. You could look at that both ways because maybe they had too much time in some areas to take those shots, but their efficiency was very, very good.”

It was a second defeat to Offaly in as many seasons, with the Faithful County losing last year's Semi-Final to Down on penalties after seeing off Derry. Offaly boss Michael Fennelly still felt his side was going in the right direction and failing to gain promotion or win the Christy Ring Cup gave them a chance to reflect and take stock.

"Sometimes a year down does help,” Dominic McKinley agrees and pointed out how Derry aren't at the level to contemplate playing at the tier above.

"The way they (Offaly) played today would indicate that they are ready for that step up. They've learned from last year and if we can learn as much as they did and go forward then we will hopefully be okay.”

McKinley – who was appointed as joint manager with Cormac Donnelly - said it was 'too far away' yet to think about next year.

"We want to strengthen the panel depth, but it is quite hard getting those players in. We lost two of our best backs before the game today and that was a tremendous loss.”

Derry had just 22 fit players available for Sunday's final and looking ahead to next season, McKinley points to a need to bolster their squad and get a 'proper' pre-season.

Derry are in next week's U20 B final, with senior panellists Padhraig Nelis, Padraig O'Kane, Shea and Eoghan Cassidy part of the squad coming through the county's U17 Celtic Challenge winning teams.

"At the end of the day, the elite player in Derry will always go to the football, so you want all the best hurlers from what is left.

“You want to make contact with them and try to get them to buy into  it. We felt today might help in raising the profile of hurling and maybe it didn't work out like that, but (playing in) Croke Park is a great incentive for anybody.

“Change doesn't happen overnight. It takes three or four years to put things in place and hopefully next year people will see better things  in terms of what we are setting out to do.

"We need a better pre-season for a start, a proper pre-season where we get players in and so on. Hopefully we can bulk the panel up, whether it is with young players from the 18s and 20s and bring them in, let them buy into it and create something special for them to move forward.

"Young players in the Derrys or this world find it hard sitting on benches and waiting, they want to play and so there is a lot of work to be done.”