The Oakleafers will face Wicklow in the decider 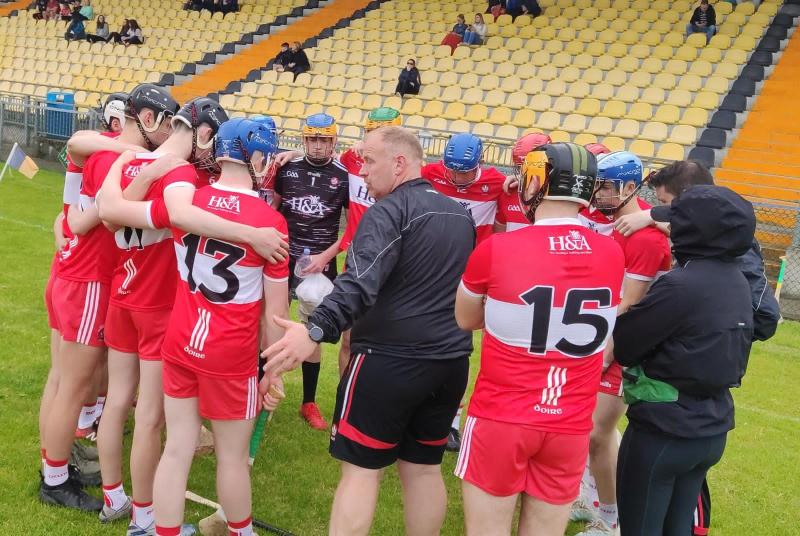 A talented Derry side eased to victory on Saturday in Belfast to book their third Celtic Challenge Final place in succession.

They now face Wicklow in the decider, who had a commanding win over Sligo in the other semi-final.

“We were only too delighted to go to Davitt Park, a state-of-the-art facility opened by the Tipperary and Antrim Hurlers pre covid,” outlined Derry coach Kevin Kelly.

“We knew it would be tight, but its great for our lads to experience these environments and adjust and test their game. I’d know the Antrim manager very well and this being Alan’s home club, knew we wouldn’t be getting this our own way.”

Derry made three changes to the side which comprehensively defeated Donegal in the Quarter final.

“It’s tough to get into the side and probably tougher to stay in it,” selector Ryan O'Neill pointed put.

“Our trainings might be sparse due to dual club commitments, but they are intense and our in-house games are as good as any inter-county match, these lads are just mad to nail a starting spot.”

The Saffrons made a big statement of intent from the off, scoring from 50 yards from a sideline cut and then from play from all of 65 metres to take the early lead.

Derry hit back from with points from Segdae Melaugh and two frees from captain Ruairi O'Mianáin.

It was a cagey first quarter with Derry not getting it their own way. After the water break, Antrim goalkeeper sent a long free over the bar to bring the sides level, before a brace from Slaughtneil's Eamon Cassidy and one from Eoin Scullion

Antrim where not going away and hit back with two unanswered points before vice-captain James Friel hit a monster point from inside his own half.

Again, the Saffrons struck back with two more points, before substitute Paddy Reid finished the half with glorious point from an acute angle and Derry were 0-8 to 0-7 ahead at the break.

“It was nip and tuck in the first half but nothing more than we expected. We got the lads in at half time, a few home truths told and a bit of re-jigging,” commented selector Martin Birt.

“It is a very tight pitch and we needed to get control of certain sectors of the field. Aimon Duffin was introduced at midfield and Scullion moved to centre forward.

“We weren’t happy with our tackling pressure and needed to gain a bit of momentum on the game.”

The second half was different game. The young Derry side stamped their authority early on, with point from Segdae Melaugh.
After a bit of toing and froing, Derry hit two frees (Friel and O’Mianáin) and then after turning over the Antrim defence a great point from Ballinascreen’s Conor Murtagh.

The game changer came in the 12th minute, with a long ball hit in from left side of midfield. Full forward Cassidy battled hard under the high ball and Reid's footwork and positioning in behind was top drawer. The ball came over the top the ruck and was doubled to the top of the net by the Banagher forward who gave the goalkeeper no chance.

This was followed up by two points straight from next two Antrim puck-outs, one each for Melaugh and Ó Mianáin, who were at this stage stamping their authority on the game.

After the water break, Derry looked like a team that was up for the battle. Their tackling all over the field was very intense but controlled and after three frees (Melaugh,  Ó Mianáin 2) the momentum was firmly with the Oakleafers.

Points from Ó Mianáin (4), Melaugh, Scullion and two from substitute Kealey took the Derry lads into the decider.

“It's great to be heading into another final, but nothing more than these lads deserve. They have worked very hard and juggled all their commitments since we got the go ahead at the beginning of June to return to play,” stated coach Kevin Kelly.

“To be honest, I didn’t even know if the underage inter-county games were going to get the go ahead in April or May, and obviously the condensed restructuring of the competitions makes it hard to find your level.

“Take into the equation that 97 percent of our panel are dual players, playing U17 and U18.5 hurling, and football and we have five dual county players.

"It’s disappointing we won’t get the big day out in Tullamore with all the finals on, You just can’t do it with the restrictions, but on the other hand, it's great to get the games.

“It's going to be a nice couple of weeks and a few tasty training sessions to see who is in and who is out before we play Wicklow.

“I’ve no doubt these lads will give the Ryan, Marty and myself a few headaches over selection. Again, nothing more than we expect from them.”