Bottom of the table Derry face crunch clash with Donegal

The Oakleafers still in search of a first win 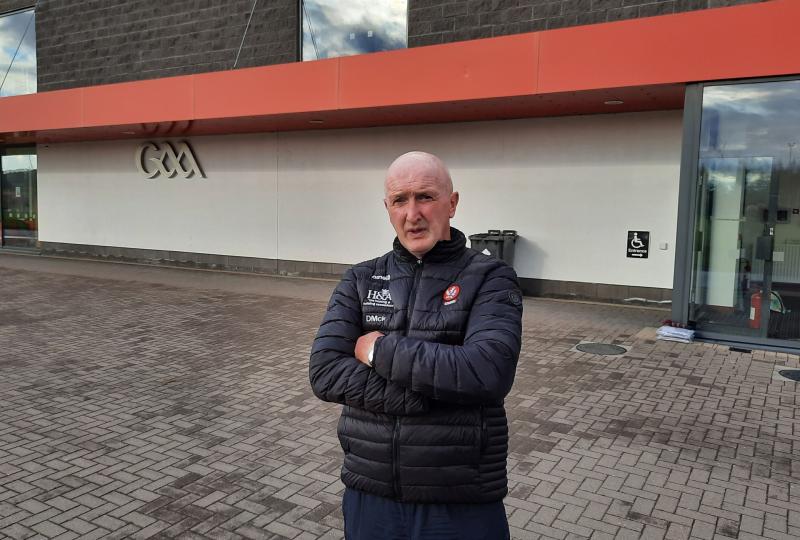 A season that started with hopes of promotion to Division 2A is now down to a battle to avoid the drop.

Derry go into Sunday's clash with Donegal at the bottom of the table and in search of a much-needed win.

With wins over Mayo and Roscommon under their belt, Mickey McCann's men come to Dean McGlinchey Park with their status secured.

Derry made a battle back against Mayo in Round 1 before coming up short in an exciting finish in Castlebar.

The Oakleafers were on the road again in Round 2 and after a positive start fell away against a goal-hungry Kildare.

With any hopes of promotion gone and the Christy Ring Cup on the horizon, Derry's aim is simple - get a win and kick start their season.

They will have to plan without Kevin Lynch's trio Niall Ferris, Sean Kelly and Thomas Brady who withdrew from the panel and Lavey's Chrissy Henry who leaves next month for a year travelling.

There is a doubt surrounding Eoghan Cassidy after a knock picked up in training, but the return of Conor McAllister against Kildare will be a boost for Dominic McKinley and Cormac Donnelly.

Skipper Cormac O'Doherty (0-15) and Brian Cassidy (1-8) have led the scoring charge so far this season and they will again be the main focus of any attacking plans on Sunday.

Donegal beat Derry (4-17 to 2-9) when the sides met in Letterkenny in 2018, but only Darragh McCloskey, John Mullan and Odhran McKeever would be in line for action this weekend from that game.

The following season, Derry were winners when the sides met in the league and Christy Ring Cup.

So far, Derry's patches of play in the previous games hasn't given them enough.  If they can find a formula to get their attack moving more freely, they'll find the desire on their home patch to see them over the line.