New concept will coach players to work it out for themselves 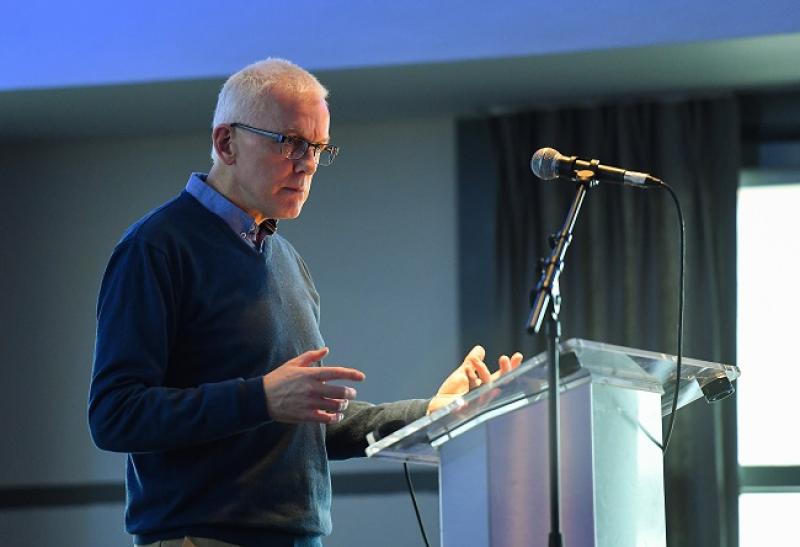 Derry GAA's Games Development Committee are considering a new approach to help players think for themselves by reducing the amount of instruction given from the sideline.

In a follow on from their proposals in December, the long-term aim is to improve communication among players over time and allow them to think their way through situations via game-based coaching.

“It's a type of coaching called CAD – command, assist and delegate,” outlines Philip Kerr, a member of the committee headed up by Damian Cassidy.

In a feature interview for this week's County Derry Post, Kerr outlines the important aspects of Magherafelt's underage coaching plan and how they used individual coaching.

In the long run, across the county, they propose that CAD concept will lead to less instruction coming over the sideline from management teams, with players developing aspects such as own decision-making, positional sense and game awareness.

“Of the coaching we do, 95 percent is by command, telling players what to do. Delegate is the other extreme where you delegate the responsibility of playing entirely to the players. You don't give them any instruction at all and they work it out themselves,” Kerr points out.

“Half way between the two is to assist. We want to move away from command and towards more assist and delegate coaching.

“Think of a situation in three or four years from now, players who have come up from U11 and are sitting as U15s.” Kerr continues of their new approach.

He uses an example of coaches seeing forwards repeatedly making their runs from the square and getting on the ball near the sideline, far from the danger-zone.

“You have a coach who has been given responsibility to watch the player,” Kerr highlights. “Going for the ball, are they always running from the middle of the pitch out to the side for the ball?

“You are teaching coaches to be observers and to stand back more and report back. You want to be taking players aside and get them to do some 'in to out' (decoy) runs.”

Part of the plan is to move towards 'silent sidelines' as the coaching plans, though not literally. It is not about zero instruction or no communication.

It's about cutting out the scenario of a constant amount of 'background noise', to be replaced by 'game noise'.

“Sean McGoldrick is a big advocate of this,” Kerr continued. “It's about cutting down on this constant instruction, this constant roaring at players, usually it is too late for a start when it comes out.

“You are just unnerving players, cut down on that, observe more and hear things when you are observing. You can hand over the reigns to the players to do a bit more of their own game management and you could even do that with U11s.

“You could ask players to work a score by using a player with his back to goals and he gives the assist. Tell them to work out a game that incorporates that.”

Players work out how to use a full-forward, before getting someone in support to get a score.

“In the game, you could earn three bonus points for that. Players have to think how they are going to get this player the ball and get support for him. There are lots of things like that to explore.” Kerr adds.

“If they (coaches) know it is part of the culture, you literally empower the players more and they can do their own game management and our role becomes more like a rugby coach, one who is sitting back.”