Swatragh searching for memories from their 75-year history 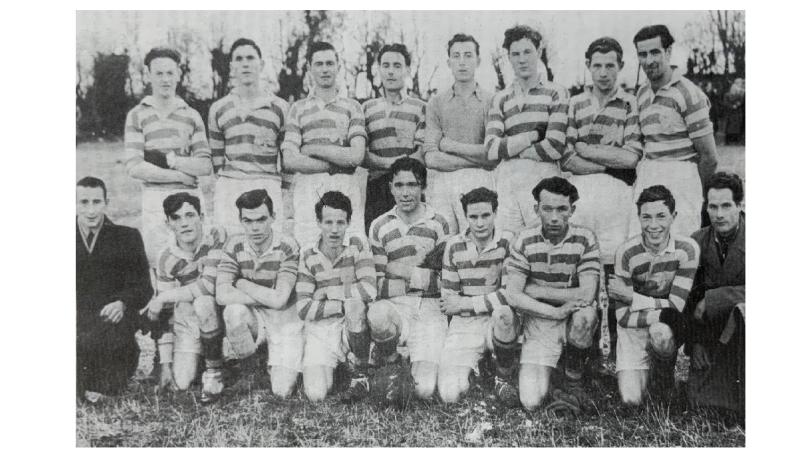 Michael Davitt's GAC Swatragh are celebrating their 75th Anniversary this year and are setting plans in place for a series of events to mark the historic milestone.

The club has come a long way since founding members Jim McMullan, John McCormick, Patsy Collins, John E Friel and James McGurk had the foresight to plant the seeds for something that grew into every corner of the Swatragh community.

From just one team in those early days, the club has sprouted into camogie, football and hurling across all ages, as well as a proud tradition in Scór down through the years.

It is also fitting that 2021 also marks the 175th Anniversary of Michael Davitt's death.

In any normal year, something of this magnitude would be marked across a range of events, but due to the Covid-19 restrictions, the organising committee have been met with an extra layer of challenges.

A sub-committee has been formed and is already active, getting the plans in place and exploring what can be carried out virtually.

“We have decided to gather as much information on the history of the club, and we are particularly keen on speaking to and recording some older people’s memories of the early days.” the club outlined.

The club are planning to develop a new book later this year, as part of the 75th year celebrations and are hoping to unearth photos, articles and newspaper clippings which have never been shared before.

Already, their club social media channels have been awash with photos, including a gem from mass at Kearney's Glen.

Davitt, known as the 'father' of the Land League, was born in Straide County Mayo at the heart of the famine in 1846.

The club have been preparing a production, in conjunction with the Davitt museum, to tell his story. It will be streamed via YouTube at 8.30pm on Thursday, March 25.

“We hope that this will stimulate interest locally and initial feedback suggests there is a strong interest in looking at the history of the area,” the club continued.

“Some have commented on how they have enjoyed looking over old photos and reminiscing of the years gone by, it's very important in the current circumstances.”

Swatragh are planning other events, but are 'unclear' how the rest of the year will pan out due to the current restrictions.

If anyone has any old pictures, newspaper cuttings, scrapbooks, video recordings which may be of interest, please drop them to Swatragh GAA hall on Saturday, March 13 between 10.00am and 12.00 or send them to swatragh75years@gmail.com. Any information provided will be returned.