SIDELINE VIEW: Everyone deserves a chance to grow 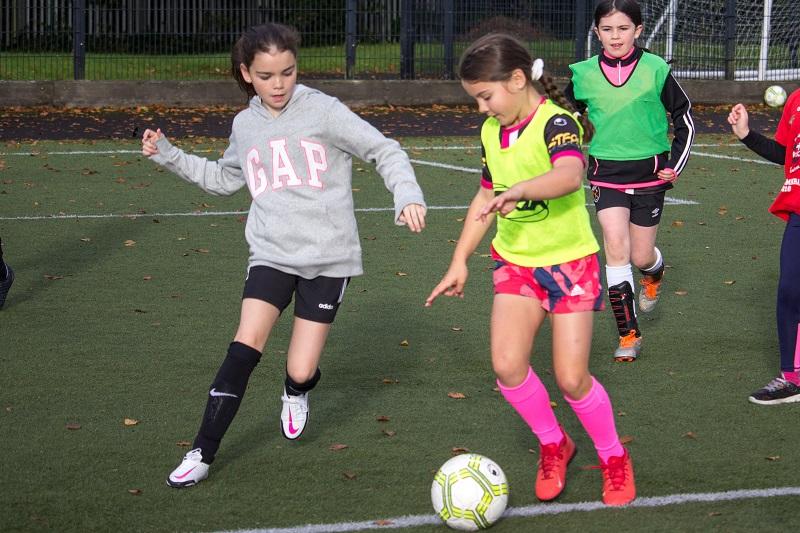 Some of the Draperstown Celtic Diamonds team enjoy a coaching session

It was a sunny Tuesday evening, a few years back, early in the underage season.

While out for a spin on the bike, I called in to run my eye over an underage game.

As I nestled into a spot along the wire, two parents, from the same team, chatted away about their prospects.

One had a son at midfield and the other at corner forward.

Once the referee threw in the ball, everything changed. All of a sudden it turned into a senior championship final, where every ball was a life or death situation to the parent on my left. Every ball.

It was a perfect evening. There wasn't a breath of air.

“Stop kicking the ball into that corner, that man's hopeless,” came to the roar from the man on my left, in the direction of his son.

It was barely ten minutes into the game. At a guess, he might previously have kicked two balls – at most - into the same corner. In the direction of the son of the parent at my right shoulder. I didn't know where to look.

The corner forward had won the first ball, but not the next and certainly not this one.

I felt like closing my eyes and waiting on the fists swinging from either side. It didn't come.

Two things happened. The other parent didn't react. Thankfully he granted him a fool's pardon. Secondly, neither the midfielder nor the team manager played any heed to the instructions being hollered from outside the wire.

It was an underage league game. A breeding ground for development and enjoyment. But also, a competitive edge, to a degree. In a sense that every ball must be fought for like the game depended on it. That's the nature of contact sport.

As I cycled home, the scenario played over and over in my mind. And now, as I type these words it's a glorious Monday morning. One of those days you'd love to have a match on. But alas, we can't.

The sporting landscape, for the second time in little over a year, is at a standstill. We are relying on watching soccer on telly, getting out for a run and craving better days ahead.

In recent weeks, there has been much debate of the need for a return to sport. A letter, signed by 50 leading figures in sporting circles, was sent to Stormont appealing for the shackles to be thrown off.

This column is in agreement with the letter, some glimmer of organised outdoor activity would be like the winning lottery numbers to those suffering from cabin fever.

This time, we need to delve deeper. A glance of how we want youth sport to look when the fixture planners are allowed to start the season.

At no point do we want to dilute the competitive edge. No matter how much coaches play down the importance of winning games – replacing it with the need for joy – children will battle for every ball like it's a pot of gold. And so they should.

It's how adults drive the message that counts. There are horror stories out there of kids standing on the sideline week after week. They may get a token five minutes at the end. In some cases when asking for more time, they are told that the team 'needs to' win a particular game and must have 'their best team' on the pitch.

What planet are people on? Thankfully there are plenty of positive examples, where every mistake isn't followed by a barrage of verbal abuse.

Last weekend, Draperstown Celtic were awarded grassroots' soccer Club of the Year by the IFA and also picked up an award for their inclusivity.

Every Sunday morning, over 120 players turn up for coaching across a range of ages. There are two simple rules. Players must first have fun and only those who are in attendance at training are considered for the following game. The coaches keep a spreadsheet of how much game-time each player gets and their training attendance.

After that, everything takes care of itself. They win some games, they lose some. Every so often a piece of silverware comes home and it is welcomed.

It's their way of doing things and the players are coming back week after week. In the long-term, they hope that improvements at the council pitches at Cahore Road will allow the club's senior teams to return to intermediate football.

From chatting to Chairman Paul McCallion and Ryan Lagan (coach, PRO and committee member), it was refreshing to hear the message. For some of their coaches, it took some time to buy into the DC way, but they did.

With pitches closed, now is an opportune time for clubs to evaluate where they are at. In a world of children dropping out of sport and lockdown telling us the importance of exercise, it is time to take stock.

The cream usually comes to the top. The star players, if they apply themselves, will blossom and be the foundation of senior teams in the future.

Not every game is a senior final. When sport returns, just let the children play and find their own way to grow.