We are hoping to push on: Shaw 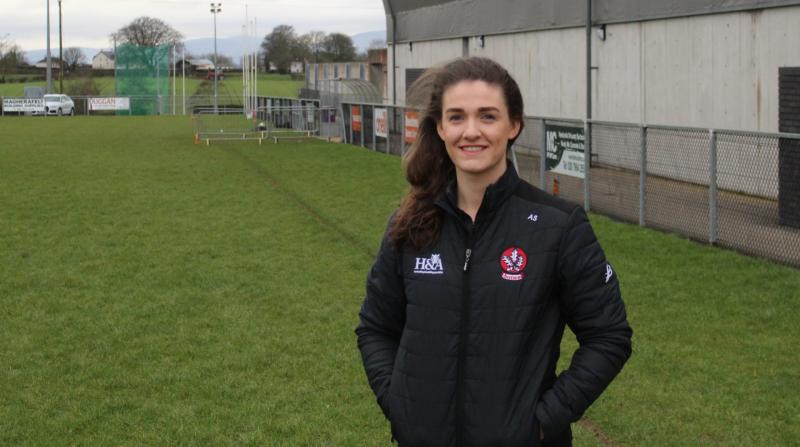 On any normal February Saturday, Lavey club grounds would be a hive of activity. A club that offers all GAA codes, to all ages, with a state of the art indoor training facility that is rarely idle, is now a dormant wilderness.

Aoife Shaw's car is one of only a handful in the car park. The others belong to walkers and runners braving a cutting cold breeze to keep active.

Lockdown has dragged the sporting calendar, and life in general, to a halt. No longer are we able to carry out the day to day tasks.

As much as she misses sport, Aoife's job as an Occupational Therapist in the Ulster Hospital, in the midst of Covid-19, offers some sort of perspective.

“We wouldn't be as bad as the nurses, we wouldn't see the very unwell ones,” she points out.

By the time Aoife and her colleagues are called upon, patients are getting on their feet and returning home, but their oxygen levels are low and rehabilitating the system is a slow burner.

“Getting people sitting over the side of the bed completely flattens them for the rest of the day, they are absolutely wrecked.

Aoife had camogie to keep her occupied during the summer. After a promising first half, Lavey fell away to Swatragh under Bellaghy's Friday night lights in last year's championship semi-final.

“We then got to play camogie right up to Christmas pretty much with the county, we are so lucky we were in that situation,” she admits.

Aoife, who turns 24 next month, has played the game from 'very young' and follows in the footsteps of her granny Kathleen Shaw (née Dorrity).

“She would always have been telling stories of playing for Derry back in her days. It is nice and it was always something to look up to.”

At her own age in St Patrick's Maghera, success eluded her, but her talents saw her selected on the teams above where she won 'six or seven' titles in her time at the school. Showdowns with Cross and Passion Ballycastle and local rivals St Mary's Magherafelt helped sharpen the focus.

“When you were playing the Convent (St Mary's) it was a different story, everyone just wanted to win that game,” Aoife points out. “You would've been playing girls from your own club and would've got stick for losing.”

At school, she played between wing and centre-back, but has also led the attack in the Lavey and Derry colours.

She played with the camogie team in her first year at University of Ulster Jordanstown, before a more hectic timetable dictated the shape of her week.

The full-time 16-week placement after Christmas in her second year clashed with the business end of the varsity camogie season. University camogie was now a non-runner for Aoife, who first played for Derry seniors in her late teens. After taking a back seat during final year, she returned to manager Ciaran Cunningham's squad last season.

She is a fan of the split season. It affords time to train with both Lavey and Derry, where previously club training wasn't on the radar.

“You would always get to play all your games when you are playing with the county, but you are not getting the same bond with your team,” added Aoife.

“The training sessions clashed so you only got to the club once a week, it is not really fair on the girls who are training all the time and you are stepping back in once a week and starting all the games.

“I thought it was a lot better and it encouraged a lot of people to come back out again (to the county) as well, those who had drifted away.”

A total of 50 girls across the county received a letter from the management, inviting them to join up for the 2021 season.

It's about building to get to the level current All-Ireland champions Down have climbed to. Aoife agrees.

“They (Down) have spent a good few years building. We are getting to the stage where we have hopefully built back up again.

“They had the same team for five or six years and that bit of experience showed when they have the more experienced players, it shows in their games. We are hoping to push on and be definitely competing at intermediate and hoping for a bit of success.”

For now, Strength and Conditioning coach Anthony Begley's plan is the main piece of the puzzle. When the pitch sessions begin, Aoife feels having a bigger panel will be an important factor as they aim to hit the ground running.

“You need to have the numbers there to have the strength in depth for training. Ciaran is great at getting the girls out and getting a good bond in the team,” she said.

Zoom sessions and individual training are a means to an end, but Aoife is the same as anyone else born and raised in team sport, just itching to get back to a proper pre-season and all that comes with it.

“You need that team atmosphere to push on,” she stresses. “You still have the craic in the group chats, but it is not the same, hopefully we'll soon be back out on the pitch training at some stage soon, sooner rather than later.”