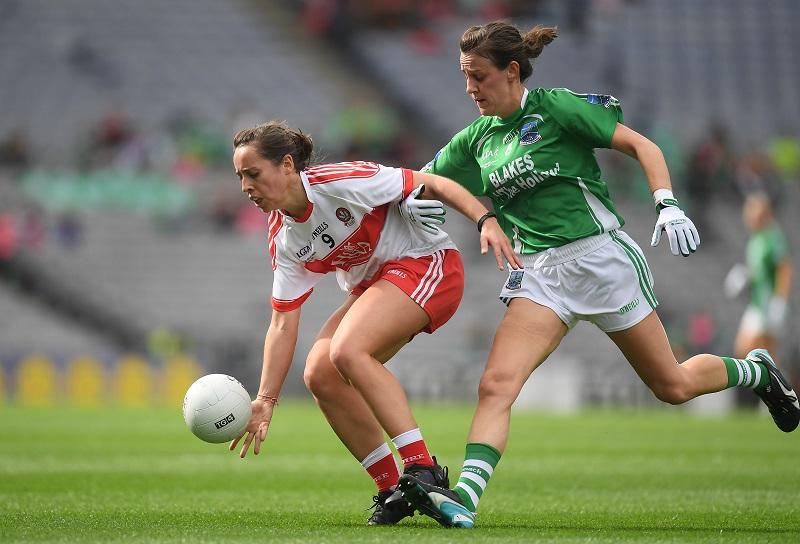 Emma Doherty in action for Derry against Fermanagh in the drawn All-Ireland junior final of 2017 (Pic: Brendan Moran/Sportsfile)

Derry won't be fulfilling this weekend's Ulster JFC final with Fermanagh on the grounds of player welfare, it has been confirmed.

The county are also in the process of appointing managers for all their teams, including finding a replacement for senior boss Paul Hasson.

In a statement, sent to the County Derry Post, Derry outlined their 'difficult decision' to withdraw after recent circumstances and 'lengthy consultation' with the squad.

“After a hugely challenging year, the disappointment of this withdrawal cuts deep, but the Executive felt they had no option but to withdraw, putting the welfare of their players first," Derry LGFA Chairman Allan McClune stated.

“It would be ‘huge ask’ to expect our Senior Ladies to fulfil the fixture when they were not permitted to train since their All Ireland Junior Championship exit against Antrim on Sunday 8th November.

“Considerable work has gone into building a strong team of girls for the future, we have welcomed new talent to the panel and celebrated the welcome return of some hugely experienced players.

"We feel it is in the team's best interests to put a new management team in place, set fresh goals for the future and focus on the 2021 National League with a full panel.

”Derry County Executive and the players would like to take this opportunity to congratulate Fermanagh on their success in the 2020 All-Ireland Junior Championship last weekend."