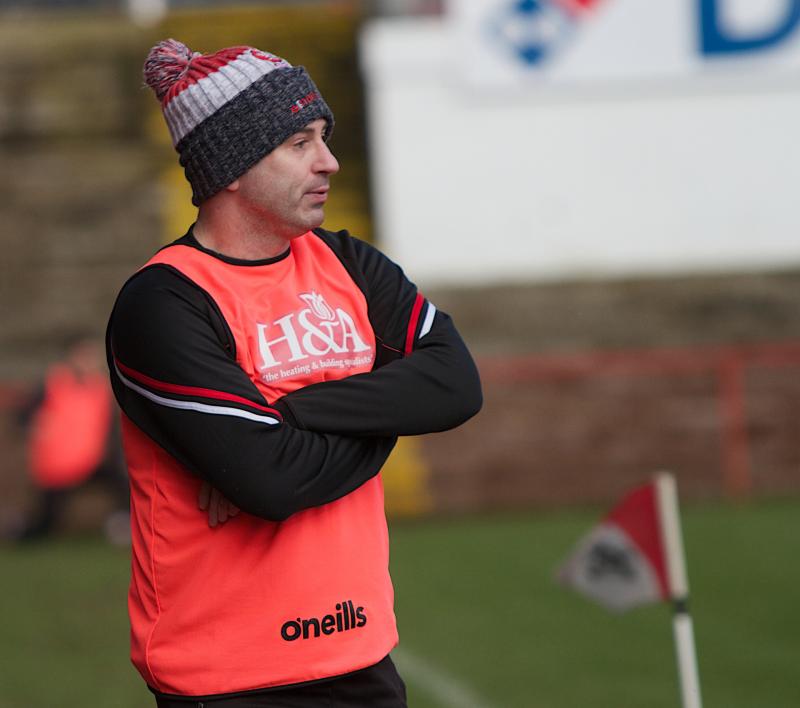 Rory Gallagher is not too interested in the permutation of league results elsewhere next week, instead using the upcoming trip to Offaly as a stepping stone to the championship.

The Derry manager dismissed any possible chance of promotion from the league this year, even if a play-off spot is still technically possible.

Should Derry beat Offaly, Louth beat Down and Longford beat Cork, all three teams will finish on nine points and a possible play-off for second place. It is as clear as mud, and for Gallagher it’s the championship he has in mind as he attempts to build some momentum in ‘a team not used to winning’.

“We want a bit of momentum going into the championship, we want to win games,” he explained.

“We have got to beat them teams consistently and we have got to move above them. That’s the challenge for us and Offaly is the next barometer for that. Offaly have consistently been in Division 3 and we want to make sure we beat them and move forward.”

The Derry boss was more than satisfied with his team’s performance at Celtic Park on Saturday, the first competitive game for his side in over six months. Always able to hold Longford at arm’s length, there was plenty to please Gallagher.

“It’s great to be back playing football and we’re just delighted to get the win,” he said. “We did well at home, bar the slip up against Leitrim, but we like playing here and the big thing today was just getting back to playing football.

“We’ve only had three or four sessions with the full squad which have been really good since we’ve come back. There’s a lot of new blood in there, a lot of players playing for the first time under ourselves and a lot making their debut at senior level for Derry which is good.”