Down almost have both feet in the second promotion spot 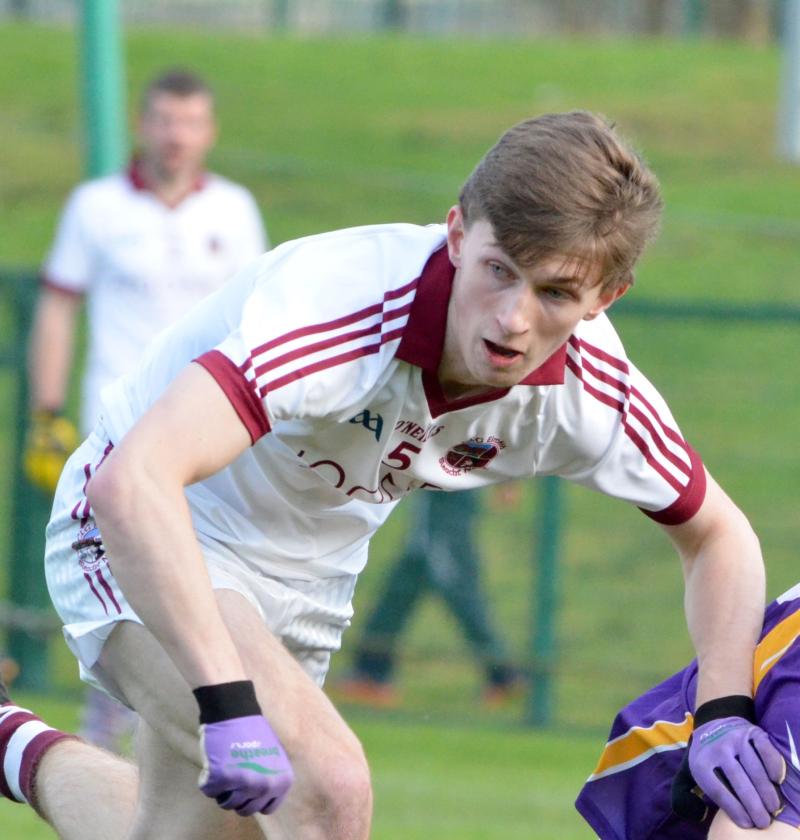 Paul McNeill is one of five played added to the squad by Rory Gallagher (Pic: Mary K Burke)

Cork will be playing their football in Division 2 next season and Derry's chances of joining them are now even slimmer.

Manager Rory Gallagher, in an interview with the County Derry Post, already admitted his focus was on the championship.

Derry need to beat Longford today and take both points from their game with Offaly in Tullamore next week to have any chance.

They needed Down to pick up just one point from their remaining two games, but today's concession by Leitrim has put Paddy Tally's side on nine points.

Derry need to hope pointless Louth beat Down next weekend and Longford pick up a win against the Rebels to leave three teams level on nine points.  It would then take take a play-off, with score difference taken out of the equation due to a conceded game.

There are many permutations, but this is the only one that would give Derry any chance.

The Oakleafers have not released their squad for Saturday's, so it is still unclear if Conor Glass will be in line to make his senior debut following his return from the AFL.  The Glen man was back in training on Monday night and is back in the fold.

“There is a wee bit of jet-lag, but he looks fit, he looks fresh and he looks healthy,” said Gallagher on Wednesday afternoon.

He was yet to decide if he will be involved this weekend.

“It's too early yet. The last day (Monday), we did a wee bit of light skills work, so we'll see how he goes with football over the next day or two.”

Gallagher has called up Paul McNeill, Ethan Doherty, Paul Cassidy and Connlan Bradley to the squad after the club championship.

Ryan Bel, Liam McGoldrick, Niall Keenan and Conor McAtamney are among the players no longer part of Gallagher's plans, as he cut his panel during lockdown.

He reported to have 'a couple' of players in self isolation, while Jack Doherty and Ruairi Mooney join Karl McKaigue on the injured list.

“It (Covid-19) hasn't had an adverse effect on us and it is something we have to manage,” said Gallagher.

“None of us want a situation where their training is held up for a period of time, because the virus spreads and we are trying to educate the boys as best as possible on that."

In the interview, which took place before the news of Leitrim conceding to Down, he felt promotion was always going away from his side.

“We would be looking at it, as in that it is more than likely gone,” Gallagher said, with little hesitation. “It has been practically gone since the Down game in a lot of ways.

“We needed to turn Cork over to have any opportunity and we came up short there, even though we came back well.

“Our focus is on Armagh now, at the end of the day we all sign up to play in the championship and it's just around the corner now. We are really looking forward to preparing for it.

He is using both games to get prepared for the visit of Kieran McGeeney's side to Celtic Park on Sunday, November 1.

Longford will be missing Michael Quinn, the Longford Leader have reported.

With his wife Kate after giving birth to a baby girl recently, Michael is not available to play for the county seniors at this moment in time and the absence of the Killoe clubman is a blow for manager Padraic Davis.

Quinn is very much a key figure on the Longford team who need to beat Derry to keep their promotion hopes alive in Division 3.