Swatragh pose a different size of challenge for Magherafelt

Champions' defence may be forced down an unfamiliar path 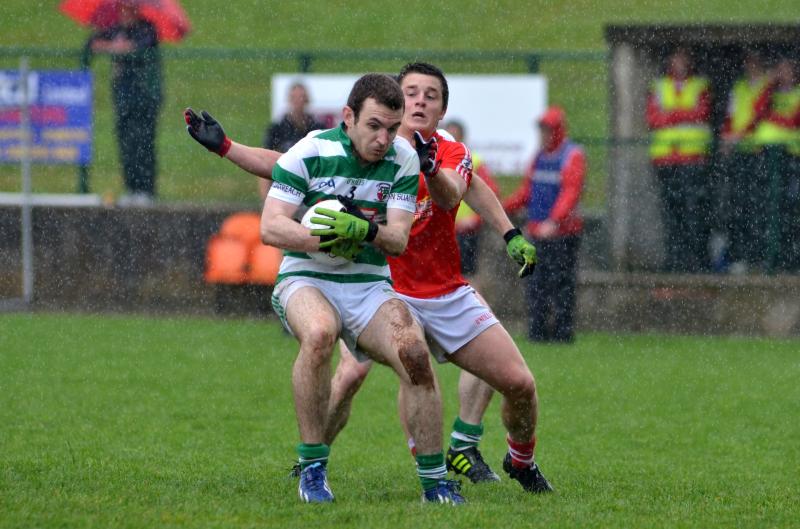 If you look back at the last ten years and who made the semi-final stages, champions Magherafelt can not look no further than the lyrics of rapper Emimen's Lose Yourself.

“Look...if you had one shot or one opportunity to seize everything you ever wanted, in one moment, would you capture or would you let it slip?”

With the wealth of underage talent and after eventually dumping the reputation of bowing to the big boys, it's hard to see the champions' 2019 season being their only opportunity. But for the last 10 years, it was their first semi-final and they made it count.

The ghosts of Slaughtneil 2015 and a near miss were banished and of playing second fiddle to anyone they were not expected to beat.

In terms of consistency, Glen have been in the last three semi-finals, Ballinderry lead the way with seven, Slaughtneil (six), Coleraine and Ballinascreen (both five) are the consistent challengers to have their tassels tied to John McLaughlin's lugs.

In the last decade, Swatragh have failed to reach the last four of the senior championship and did spend time in the intermediate ranks, where Artie Kearney led them to the 2012 title.

“As I reminded the Swatragh boys, they can’t claim to have it (tradition) until they start putting together a few championship results.”

Two weeks later, they were gone. Out on their ear. Their consistent league campaign was nowhere. Banagher ended any hopes of building momentum.

With virtually the same side, McGinley and Stephen Quinn are back at the helm and this weekend an opportunity presents itself for the 'Swa to elevate them into the team of promise they have been labelled as.

In the Claudy game, one they were outplayed in for long periods, Swatragh showed the resolve to dig themselves out of trouble and came within seconds of winning the game. Banagher fired in two goals to lead 2-2 to 0-4 and ghosts of 2019 perked their heads from the banks of Dean McGlinchey Park, but this time Swatragh showed the grit to come through.

Minutes after the draw, Magherafelt selector Paul Quinn – who watched Swatragh play 'Screen at Rossa Park – said they would present 'a huge battle' for his team. The sides also met in a challenge game earlier in the season.

“They were so impressive in the second-half and completely dismantled them. They have plenty of good players, plenty of big players and plenty of people who can take scores,” said Quinn, a trusted member of Adrian Cush's back-room team with James Slater.

Aside from the injured Ryan Dillon who started against Dungiven, and Sean Francis Quinn's hamstring injury from last weekend's hurling final, Swatragh have been operating at full strength in recent weeks.

In a slight tweak this year, they have tried to introduce extra mobility to their half back line.  Brian Diamond, who had previously played up front, started the first two games at wing back before being replaced by the attack-minded Oisin McWilliams on his return from a foot injury, ironically picked up in that challenge game with the Rossa.

The accuracy of Odhrán Lynch's kick-outs continues to be a major cog in Adrian Cush's plans. Some of his kicking against Lavey was excellent, but bar Cailean O'Boyle pulling out for their own kick-outs, they never looked like challenging Magherafelt.

Swatragh will be a different kettle of fish, they don't drop sweepers so should have enough bodies to cut down the channels. They will have learned from their Banagher defeat from last year.

Also, from playing at Bellaghy earlier in the championship, Lynch will know the same space presented by Owenbeg and Celtic Park won't be available.

Then you have the middle third. Patrick Kearney, Oisin McWilliams, Conor, Jude and Niall McAtamney present a wall of players across the middle. If placed correctly and it will turn the game into a scrap.

It's hard to see Magherafelt changing away from the tactic that has become ingrained in the system. The one problem this week will be their match-ups. Swatragh will make their defence more honest than Lavey did.

Outside of Peter Quinn, Darren O'Neill, goalkeeper Lynch and sweeper Jared Monaghan they don't have an abundance of size and Monaghan will be needed to compete with Niall McAtamney at midfield. Conor McAtamney will almost certainly go up against Danny Heavron, a battle that will have a huge say on the game.

If Peter Quinn is pulled out to combat Jude McAtamney or Patrick Kearney, it will take Magherafelt's gameplan somewhere it doesn't want to go. Their best option may be to play Michael McEvoy as the out and out sweeper, but again it is a change.

Swatragh will need James Kearney on song. He plays with drive, can kick off either foot and can be very direct. If he goes toe to toe with Ryan Ferris, it will be a tasty battle of two combative players.

Up front, the 'Swa will need more from Lorcan McWilliams. He scored 1-2 against Dungiven, but was kept scoreless against Claudy and Banagher. Against Ballinascreen, he was an unused sub as McGinley opted for Fintan McGurk. If he starts, it's got a duel with Conor McCluskey written all over it, a player he would have marked at Derry training over the past number of years.

Sean and Francis Kearney will offer their scoring threat elsewhere up front and should have Fergal Duffin and Darren O'Neill, respectively, for company.

An intriguing game beckons, between teams with contrasting styles. When both teams were asked serious questions in their last game, they passed the test.

The next season will always ask questions of the champions' hunger and Magherafelt showed already they won't want to release their title easily. They have had to work to get themselves into a position to challenge for the title.

Their 8/1 bookies' price before a ball was kicked and will have fuelled a siege mentality that was expertly managed by Adrian Cush last year. Being written off only made them want to prove the doubters wrong even more. He challenged the players and they loved him for it.

In a way, their first round win was simplistic. With Lavey not creating a clear cut goal chance, their system was allowed to bed in. This week, Swatragh game plan has the potential to make the game more open.

It's a week they might have to break their average score of 1-9 and the missed goal chances against Lavey will be much more costly. That's where Rossa can take heart. But will Kearns and McCluskey have the freedom to attack and to create, or will it fall on Emmett McGuckin and Shane Heavron? That's the question Swatragh will have at the forefront of their plans.

Until they win a game like this one, Swatragh won't be elevated into the bracket as title contenders. Magherafelt have just put themselves into that category and went on to deliver the big prize. Their experience of tight games is perhaps their greatest strength going into this weekend. It could make the difference.