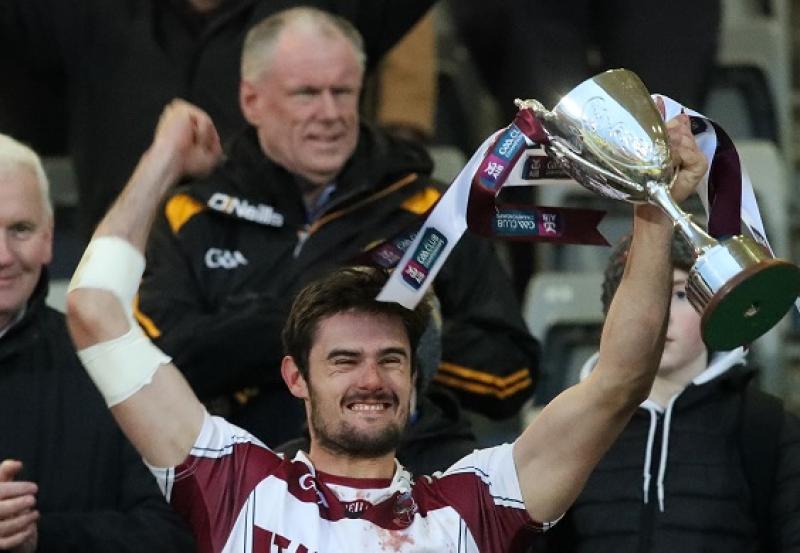 The GAA have confirmed there will be no u-turn on their decision to shelve the provincial and All-Ireland Club championships for the 2020 season.

“It is not being reconsidered,” the GAA's Director of Player, Club and Games Administration Feargal McGill, today, informed the County Derry Post.

“There will be no provincial or All-Ireland Club championship in 2020. It's unfortunate, but something had to give.”

“I would ask the authorities to have a second look at it,” McShane pleaded.

“It is very unfair for club players to be asked to play to this level and then stop. We are the reigning Ulster champions and we would like to go on and retain our title.

“I think the opportunity is there to play the provincial and All-Ireland series between January and February,” offered McShane.

“For a once off, let's do that and (then) in the 2021 calendar, play the thing off before Christmas. This year is one that is under extraordinary circumstances.”

In terms of the junior and intermediate hurling champions, Lavey manager Johnny McGarvey and Swatragh boss Declan McGuckin were keen for the competitions to be reinstated.

Dunloy lost to Slaughtneil in last year's Ulster decider and also retained their county title on Sunday.  Their manager Gregory O'Kane said the GAA 'dropped the ball' in getting rid of the provincial and All-Ireland series.

“We would have loved it,” he told The Saffron Gael “I think the GAA dropped the ball there. There is so much focus and goodwill in the club game.

“So much exuberance is coming out of clubs, all over Ireland. And all of a sudden people are seeing everybody hurl, which is great. I thought they should have played it to a conclusion, but we are delighted (to win Antrim).”

The Club Players' Association (CPA) have said that 'consideration' needs to be given to what it calls the 'flagship' club event.

“The All Ireland club series is the flagship club event and consideration now needs to be given on holding those competitions in the new year,” stated CPA Chairman Micheál Briody.

“We appreciate there is still uncertainty around Covid-19 and on how it will impact fixtures in 2021 but when Croke Park consider 2021, they need to make all efforts to hold these marquee competitions.

“We would be hopeful that more clarity will be forthcoming from Croke Park on this over the next 4 to 6 weeks. That’s far from ideal for county champions in various counties who have just won titles but it is an inevitability with the uncertainty relating to the pandemic.”

The Ladies Football and Camogie associations are going ahead with their competitions.