Faughanvale tipped to finish group with a third win 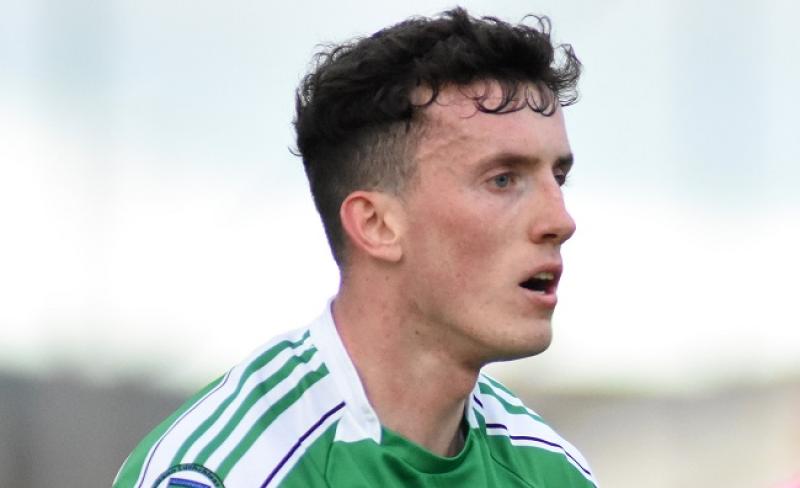 This is a home game for Lissan, but with their pitch in Tullynure being renovated, Friday's final group game is fixed for Shamrock Park.

Lissan conceded their first game to Drumsurn and last week surrendered from a position of strength against Doire Trasna. Shea McKernan had the ball in the net within minutes of the start, getting on the end of a slick passing movement to slot home.

Rather than building it, eight first half wides was the story of Kieran O'Kane's young side's exploits. For all their shortcomings, they were well in contention and led by two points, with eight minutes to go.

Disaster struck when Stephen Conway, who made a fine first half save from Ciaran McGowan, shanked a kick-out to Eoghan Quigg who passed for Micheál McNaught to strike a hammer blow to the net they never recovered from.

At midfield for Lissan is the towering Conor Loane, an All-Ireland winning goalkeeper with Holy Trinity Cookstown, and MacRory Cup medallist Mattie Loughran, who kicked four points last week. The pair dovetailed well together and in Iarlaith Donaghy, they have one of the most exciting players in the county playing at number six.

Defender Oran Donnelly wears 15, but sits back as a sweeper, with the nimble Joey Quinn playing up front with Tiarnach Donaghy.

Coming Lissan's way this weekend is a Faughanvale side who have posted two wins from as many games and had a tough battle to overcome a Drumsurn side who arguably deserved a draw.

Manager Joe Gray has had to come to terms with long-term injuries to Oisin Quinn and Jordan Curran. Michael McLaughlin spent last summer in America, but he is back and forms an inside forward duo with Kevin Martin.

Paddy O'Kane is one of their key players and Lissan may face a kick-back after his quiet outing in the last round.

He played off the front two, but their running game almost bypassed their middle sector. Gordon Fahey and Michael Sweeney are a formidable defensive spine, with skipper Conor McGuinness nestled between them as a sweeper - a formation that will mirror the Lissan setup, if both managers adopt the same approach this time around.

The 'Vale will also have questions to answer. When Drumsurn went down to 14 men, Gray's side couldn't get their hands on the ball and had to rely on a strong finish. On the flip side, apart from the one they scored, the 'Vale carved out the best two goal chances over the course of the game.

A tough ask for Lissan who can't finish above the bottom. Kieran O'Kane will have his side well-prepared, but Faughanvale will be fancied to come through.