Sean Kearney's penalty gave Swatragh a passage back into the game 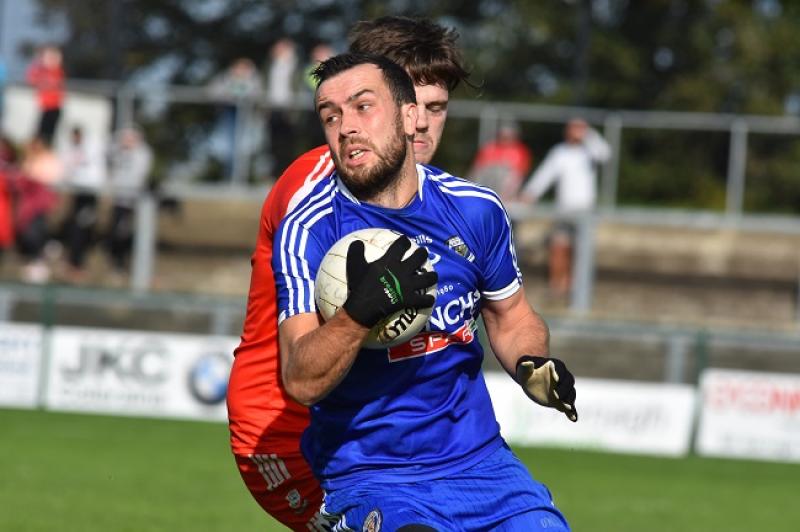 Indeed, they may have won the game with the last kick, but Niall Coyle's effort tailed to the right of the posts.

The sides were level four times in the final quarter after Sean Kearney's 44th minute penalty offered the 'Swa a passage back into the game.

Aaron Kerrigan's seventh point of the game edged Claudy ahead until McAtamney, one of four brothers on the Swatragh side, saved the game.

The sides were level, 0-2 each, before Oran Armstrong eventually had Claudy ahead. It got better for the home side when ace forward Marty Donaghy hit the net to give his side the initiative. Jude McAtamney and Francis Kearney chipped in with scores, but Donaghy's goal separated the teams at the break.

Claudy, managed by former Derry defender Emmett McKeever, stayed ahead until the end of third quarter thanks to points from Paddy Hargan.

When Swatragh substitute Oisin McWilliams won the penalty, up stepped Sean Kearney to slot past Kieran Reilly, turning the game.  Claudy looked like they were heading for victory until the visitors' late push.

For a full roundup of the Derry senior, intermediate, junior and hurling championships, make sure you grab a copy of Tuesday's County Derry Post.