Derry hurling boss not in favour of Team Ulster

We develop the game we have: McEvoy 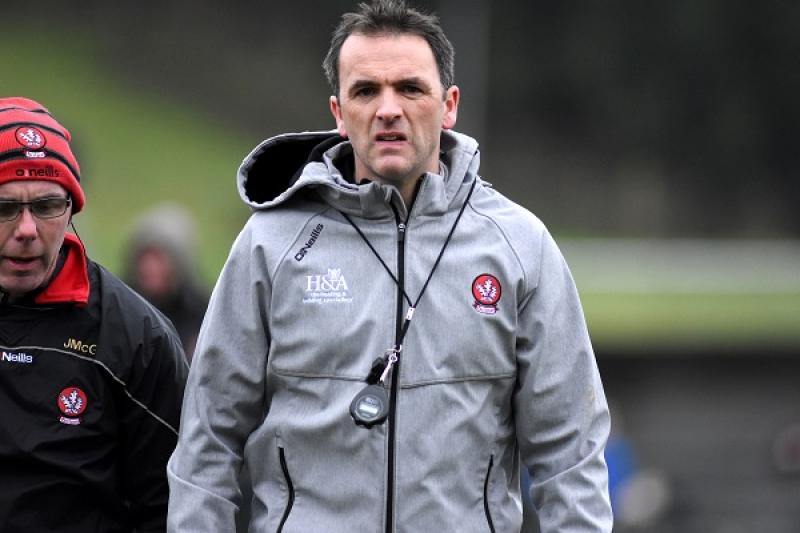 Derry senior hurling manager John McEvoy has stated he is not in favour of a combined Ulster team at senior level.

The Laois man and former Dublin U21 boss said it would be 'elitist' and wouldn't do anything to improve hurling in the Ulster counties.

“To be quite frank, no I am not in favour of it,” McEvoy told the County Derry Post, pointing to the rising tide in Ulster hurling.

McEvoy did admit that it was a Dublin Colleges amalgamation hurling team that 'started the ball rolling' in Dublin.

“You've got to start at the grass-roots,” McEvoy stated. “There is a massive amount of grass-roots work happening in Ulster.”

He mentions the Celtic Challenge success for Derry, Antrim and Down. More can be done to promote hurling in Ulster, he feels, in terms of promoting national leagues from Division 2A down. McEvoy wants all league finals to be played in Croke Park and given the 'same recognition' as football.

“The (All-Ireland) minor finals are in Croke Park, from the same traditional counties (that are in senior championship).

“I am of the view that there should be a festival of hurling on All-Ireland weekend. The Joe McDonagh, Christy Ring, Nicky Rackard are played on a Saturday and on the Sunday, there is the All-Ireland (Liam McCarthy).

“I personally think we (must) develop the game we have, we have a good product and it will only benefit from what we are trying to do in the likes of Ulster.”

A 'combined team' may work at '17 or 18' years of age, but an Ulster senior team isn't a solution, the Derry manager added.

“Where would it fit in the calendar? I think it is elitist. Is that going to improve hurling in Derry, or Donegal or Down? I don't think so.”

McEvoy is in his second season as Derry boss and hasn't played in the Conor McGurk Cup or the Ulster championship in that time. He feels the players would want the championship back.

Despite the poor weather in January and the players tied up in the Club All-Ireland, McEvoy also would see a benefit to it being played in pre-season.

“I think that has merit, because it would give you more competitive games. In pre-season, you are looking for challenge matches and surely by having a provincial championship would give you that.”