Sideline View: We are in no position to follow the Bundesliga

There is some difference between Bayern Munich's Robert Lewandowski and say...Derry's Karl McKaigue. 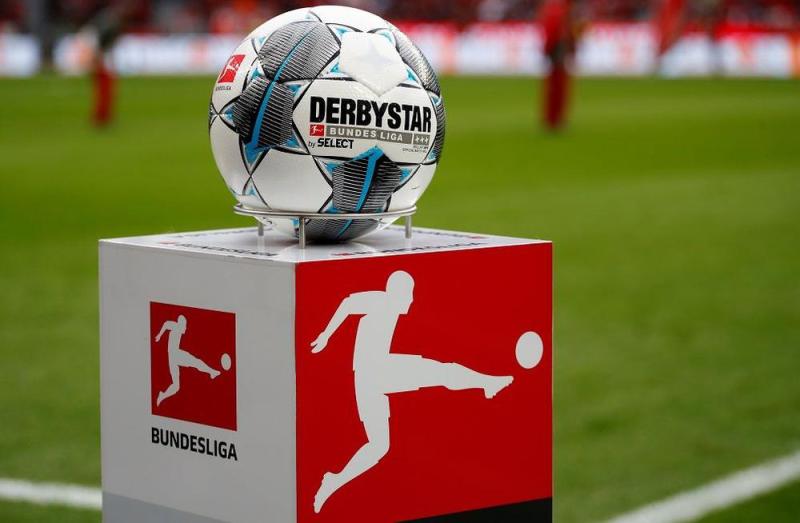 Whether it's a penalty shoot-out or getting towels down on the prime sun loungers by a Balearic Islands' swimming pool, the German's are the market leaders. To get ahead of them, you need to be quick off the mark.
This weekend will see the return of their soccer leagues behind closed doors, marking a conclusion to the sporting lock-down due to the worldwide coronavirus pandemic.
With nine games to go, a win for Borussia Dortmund on Saturday would see them cut the margin at the top to a single point by the time leaders Bayern Munich kick off in Berlin on Sunday afternoon.
The decision comes after the government gave the green light to games going ahead in mid-May and approximately 1,700 tests were carried out on the players, coaches and support staff from all 36 clubs in the top two leagues at the end of April.
The German league website reported a second wave of testing, around the 1,600 mark, has flagged up two positive cases which will be monitored.
The country's leader Chancellor Angela Merkel is highly-qualified and holds a doctorate for her thesis on quantum chemistry. She is happy the country has achieved the goal of slowing down the spread of the virus.
She handed the responsibility to the organisers of the league and they have put a special sports medicine and match operations task force in place to managed the move back to competitive sport.
Tier two club Dynamo Dresden has since put their squad and management team in isoaltion for two weeks after two players tested positive for coronavirus. The rest of the leagues will go ahead.
If only we had locked down as quickly in this part of the world. Thank God for local communities and for the GAA, who acted swifty to lead people once Leo Varadkar signalled the need to act in early May.
The Taoiseach was naïve during his appearance on the Late, Late Show to hint at the chance for the All-Ireland championships to be played this year.
It is difficult to see how, but the GAA leadership has since issued the statement confirming that there will be no inter-county action until October and club activities won't begin before mid-July, if they even do.
It leaves uncertainty surrounding the chance of playing games behind closed doors, which is not ruled out, but any return to action – club or county – is subject to public health guidance.

When I think back to 'club month' in April last year, there is nothing I would like better than a return to action. Lavey's clash with Swatragh ending in a draw, Foreglen and Claudy going down to the last seconds and Banagher's clash with Dungiven decided by a point. It would make you jealous thinking about it.
Everybody knows how tight the calendar is and that there will only be room for county or club, if there is a return. But not both.
With all players essentially club players and the chosen few on county panels, it is only fair the GAA cater for everyone and scrap the county scene. It may seem like the nuclear option and an extreme one, but the hierarchy would get huge respect for making such a difficult decision. This reinforces how well clubs rallied around those in need. It was the GAA at its very best.
I would feel for Derry hurlers though, who were in a terrific situation to eventually get out of Division 2B. So maybe the GAA could finish out the few games involving the relegation and promotion, so that it is an even keel when 2021 comes around the corner.
Deep down and with a realistic hat on, I can't see much being played. The safety of a nation is just far too important. We are not Germany. They got off to a better start, with stronger leadership coming from the top.
I just hope the GAA don't force teams to play behind closed doors. It is not an option. There is some difference between Bayern Munich's Robert Lewandowski and say... Derry's Karl McKaigue.
Big Lewandowski, now that all the players are tested, can be kept in exile from his family. Professionals can stay in hotels and there is money there to fund that.
McKaigue is a physiotherapist and potentially working on the front line. How can he possibly stay in isolation. Are the GPA going to be able to pay him if he stays at home? I wouldn't think so and Derry will not be able to pay him to stay in separate accommodation between games.
As regards testing. A GAA player could be tested on a Monday to see if he is able to train and pick up the virus after that. His test could come back clear and he could infect the rest of the panel and the opposition come the following Sunday.
It just isn't feasible. If it is not safe for supporters to attend games, then players are the same.
Watching the Bundesliga this weekend should be a reminder to decision makers of how a country can benefit from acting early and in a calculated manner.
Us sporting addicts, we will just have to keep watching it on television. When the time comes to return, it needs to be the right time...not just a rushed job. We deserve as much.