Reigning champions denied a late free to force a replay 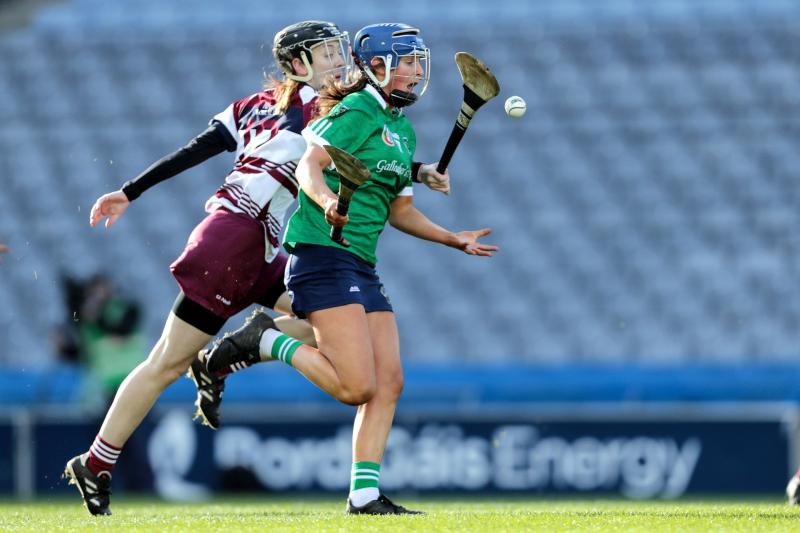 Sport coverage brought to you by TJ Hamilton Cookstown

A 61st minute goal from Siobhan McGrath dashed Slaughtneil's hopes of a fourth All-Ireland in a row and ended Sarsfields chase for the elusive first title.

It was the third meeting of the teams in a decider and when Louise Dougan's monster free from the half-way line put the Emmet's 0-9 to 0-8 ahead, Slaughtneil had one hand one still on the Bill and Agnes Carroll Cup.

Then Orlaith McGrath spun past the Slaughtneil cover before crossing for sister Siobhan to score the game-changing goal.  Minutes earlier Jolene Bradley denied Orlaith a goal but there was no stopping this close range effort.

Slaughtneil didn't wilt.  There was still time.  Tina Bradley took off through the middle and after bouncing the sliotar on the Croke Park turf, she offloaded to Therese Mellon who fired over to leave just a point between the teams.

In the dying seconds Slaughtneil, with some justification, were incensed not to be awarded a late free when Eilís McGrath was pushed in the back by Joanne Daly in the scoring area.  It was cruel and the free would almost certainly have forced a replay but Sarsfields held on to end the hurt and take the cup west.

At the break, Sarsfields led 0-6 to 0-3 after dominating the game. They bottled up Aoife Ní Chaiside, Sheena Warde pushed up on Louise Dougan and forced Slaughtneil to leave Céat McEldowney and Eilís McGrath free at different times.

After the break it was a different story. Aoife Ní Chaiside, Tina Bradley and Shannon Graham took control of the game and had the score back to 0-6 to 0-5 before Sarsfields had their first attack in the 39th minute.

Siobhan Bradley put Slaughtneil ahead before points from Rachel Murray and Orlaith McGrath had the Emmet's trailing again.

A Sinead Mellon point levelled the game in the 56th minute and a replay was looking on the cards.

Both teams poured every ounce of energy into the game and it sat firmly in the meting pot until McGrath's late goal eventuality gave them the daylight they needed to fend off the Herculean Slaughtneil fightback.