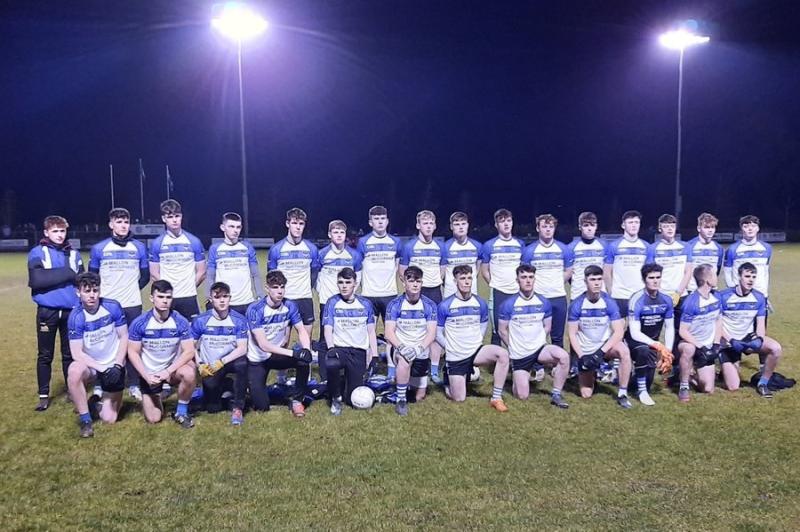 MacRORY CUP SEMI-FINAL (U19 A FOOTBALL)

St Patrick's Maghera booked their place in a first MacRory Cup final since their 2016 title with a storming final quarter against Dungannon under lights at a packed Loup on Wednesday night.

James McGurk fired over an early point and hammered to the net in the opening exchanges as Maghera took control despite struggling to win first phase possession.

Once again, Seamus McKenna slotted in as the sweeper and his positioning was perfect. Matthew Downey, Jamie Duggan and Lee Brady all added points to put Maghera 1-6 to 0-5 ahead at the break.

PJ McAleese's use of the ball controlled the game against Cookstown and he was again allowed to dictate the tempo of the game. The winners also had the luxury of rotating Enda Downey between midfield and full-forward to change the focal point of their attack.

Maghera, however, needed to win the game twice. Two Sean Cowan goals levelled the game after 41 minutes, 1-10 to 2-7. Dungannon had their opponents on the ropes but lacked the killer instinct and three wides saw the sides stay level before a Sean Kearney free put Maghera ahead.

Kearney was the star of their quarter-final win over Cookstown and hit an perfect pass to the busy PJ McAleese who put Maghera 2-11 to 2-7 clear.

The 'Academy' didn't score after Cowan's second goal and lost Oisin McHugh to a black card with 12 minutes to go.

In the closing stages PJ McAleese got on he end of a Maghera move and when in on goal he was denied by goalkeeper Coney but a penalty was awarded for an adjudged trip.

It was harsh on the Dungannon 'keeper, who was excellent on this kick-outs all evening. Referee Martin McNally issued him with a black card before changing the colour to red for something Coney said to the Monaghan official.

Up stepped Sean Kearney to send Eoghan Donnelly the wrong way from the spot to score Maghera's third goal to secure their place in the decider against the winners of Friday's second semi-final between St Patrick's Armagh and St Colman's Newry.