Doherty magic does the trick as Derry U20s sink Fermanagh 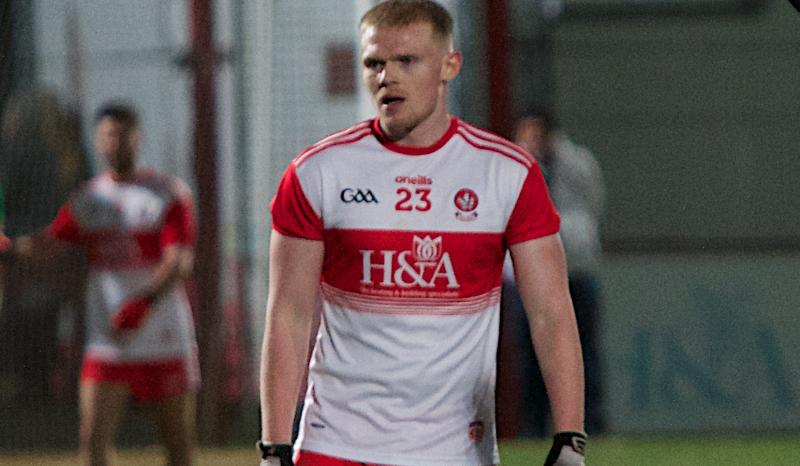 Doherty came on during the second half and his long-range effort brought the sides level, 0-9 to 1-6.

Derry dominated the final quarter of normal time but seven wides in the last ten minutes, including an Aidan McCluskey effort that clearly went inside the post, saw the home side fail to translate their control into a winner.

Fermanagh scored the first two points of extra-time before Derry took control of the game once again.

Murphy's goal had a shade of luck attached to it, with a long left footed effort from the wing deceiving goalkeeper Aidan Keenan.

The Fermanagh 'keeper denied Doherty a second goal in the next attack, turning his effort over the bar.  The Glen man added three further scores - including a sweet outside of the boot effort to cement the win.

Derry elected to play against the breeze and for 30 minutes of the first half, they played a text book possession game against a gale force wind.

Bellaghy duo Keelan Friel and Conleth McShane worked tirelessly at midfield, with Niall Doyle dovetailing back to help out.

Fermanagh hit 1-1 in stoppage time to give them a flattering 1-5 to 0-3 interval lead.

Derry bossed much of the second half on Fermanagh's kick-outs.  Eunan Mulholland and Jude McAtamney hit two quick points to get Mickey Donnelly's side to within a point.

The Oaks were left to dig deep in extra-time to book quarter-final clash with Antrim next Saturday.

READ - Sideline View - Players should not have to choose.