Players caught between U20 and schools' teams 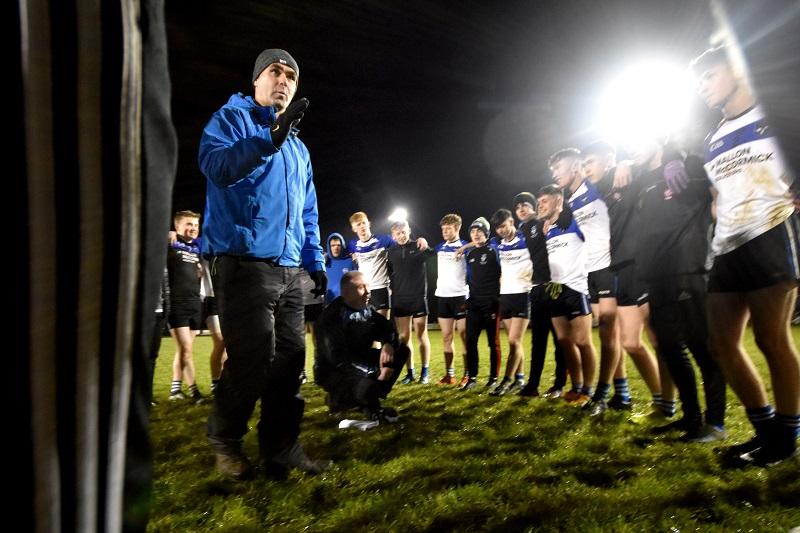 In a committee room, somewhere across the country, an idea was born to move the inter-county age groups from the tried and tested, to U17 and U20.

If whispered quietly enough and with the proper spin in place, it just might get through the marble corridors to the GAA's Annual Congress.

Factor in some key buzz words. The Leaving Cert. Burnout. Give it a stir and add in the mention of an U19 bridging competition and hey presto, there you have it. A minor change, one that everyone will vote for. And they did.

Cavan were one of the counties that moved their club underage gradings to match. Drumloman Gaels won the U17 championship and had to add some older players before taking on Lavey in Ulster.

On the face of it, it's no big deal. But I dug a bit deeper.

From chatting to a few of their supporters, the U17 experiment didn't work in Cavan. Their answers were all a resounding no. Simple as that. From their informal discussions with other clubs, the returning consensus was the same. Players who stepped out of U17 football weren't ready for senior. Many never kicked a ball all season.

One of the clubs made representation to reverse it, but the Cavan county board told them that GAA management at Croke Park wouldn't budge.

An U19 competition? Indeed. And how exactly is that going to work, how substantial is it going to be and where does it fit in?

Reserve football has been on its knees for some time. The current U21 club championships, while they are terrific to win, don't exactly hold the same clout as they should. For the last two seasons, the holders Lavey and Magherafelt found their title defence clashing with a county senior final. The clubs made the decision to withdraw.

It's not a slight on the families of Jack Cassidy or Harry O'Kane, who the competitions are named after, or the CCC that run them. That's just where these competitions fit. So how are U19s going to be accommodated?

More recently the implications of moving the new U20 grade on top of the McLarnon and MacRory Cups' knock-out phases has just brought to a head what was always going to happen.

There has always been a grey area between schools and county minors. I have had experience of it myself and generally, with good will, it works itself out. In an interview with the County Derry Post last week, current Derry minor manager Martin Boyle highlighted the difficult balancing act he faces but was content that the players were getting 'good coaching' and playing regularly.

From speaking, informally, to Peter Keane after a Kerry minor game a few years back, he pointed to the input of St Brendan's Killarney and Pobalscoil Chorca Dhuibhne to the Kerry project.

Keane is right.  In my view, it's all about give and take but the shuffle from U21 to U20 is just ludicrous. There is no other word for it.

I rocked up to Celtic Park earlier this month to cover Derry U20s' first game with Donegal.

"Have you any boots with ye, Mal," came the response from Mickey Donnelly at my request for a starting team. He was laughing but on the inside he was anything but.

The ruling from Croke Park in December was kicking into gear. No players representing their school, at senior A and B level, were eligible to play county football until their school season came to an end.

Donnelly hit out at the ruling and its implications in his post game interview.

On the day, Derry had 'three' substitutes that could be used and didn't have access to senior panellists Alex Doherty and Ben McCarron.

Heaped on this, Derry had 10 players on schools' panels and Donnelly - a MacRory and Hogan Cup winning manager himself - confirmed the county made representation to have the ruling looked into.

Following an initial approach by Fermanagh to GAA's Ard Chomhairle, it was decided that if a county felt the ruling prevented them from fielding a team, they could apply for an exception to the rule.

In a communication to all MacRory and McLarnon schools, seen by the County Derry Post, Ulster Schools' secretary Seamus Woods stated that 17 counties had availed of it and it was open to others.

The situation was discussed 'at length' at their meeting last Monday night and Woods hit out at the ruling being relaxed in his statement.

He felt that in the absence of 'a couple' of players, counties could give others a chance to wear the county jersey. Seamus' point is valid, on paper. But in Derry there are more players involved.

The relaxation of ruling has forced the schools' committee to change their quarter-final dates and insist that all games, with the exception of the two finals are to use the 'finish on the day' protocol.

In my view, the u-turn just gets the decision makers out of a short term problem. It takes the heat off them but it is the players who will suffer.

Players deserve the opportunity to properly prepare for both school and county teams. Their managers deserve it.

At the end of the day, it is an honour to wear your county jersey in the championship or to bolt out of the Athletic Grounds' tunnel on MacRory final day.

As is stands, players, who are in one of their most important years of their lives in terms of education are going to be caught in the middle. MacRory versus U20. And they will want both.

Derry's six at St Patrick's Maghera, includes injured duo Jamie Duggan and Ronan McFaul, Aidan McCluskey (St Mary's Magherafelt) and St Pius' Iarlaith Donaghy will be in U20 action on Saturday, February 8. This is the same weekend as the MacRory/McLarnon games.

Loreto and St Columb's Derry are tipped to win their play-offs this week, which could add Odhrán McLarnon and Naoise Ó Mianáin to the list.  That could be 10 players double booked on the first week of February.

It's not fair on all parties and in my view, it has all been caused by moving the goalposts to U17 and U20.

Whoever is responsible for ensuring it stays like this needs to take their head out of the sand and move it back to the way it was.

They could do worse than get the likes of Peter Keane, Eamon Fitzmaurice and Mickey Donnelly around a table and discuss the obstacles they came across. They are well versed in balancing all the spinning plates at this age group.

And back it up by surveying Iarlaith Donaghy, Enda Downey and their counterparts across the 32 counties for their take on U20 versus school. This would be 64 opinions from the group that really matter in this - the players.

Surely this is the way forward and needs to be proposed, right now.

Otherwise, all the years of development squads and school competitions, will be in vain. A waste of money and time.