Third time lucky for the hurlers of St Columb's

Rankin was the Derry goal hero 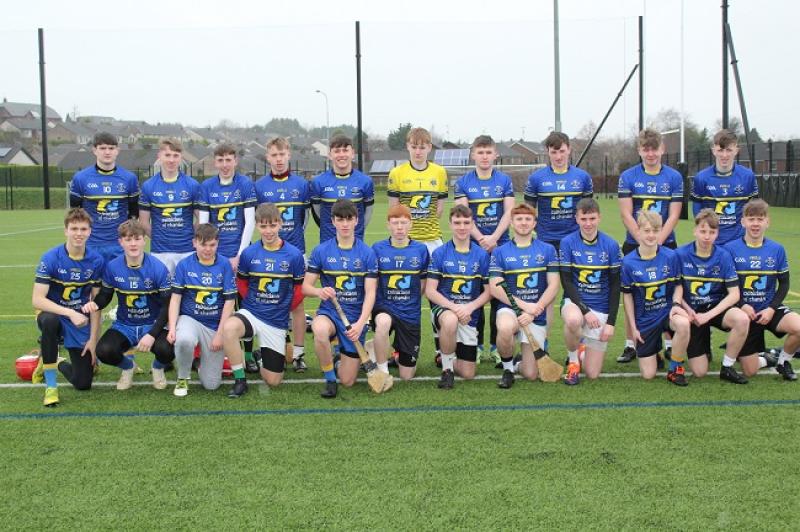 After knocking on the door for three years, the door finally opened for the senior hurlers of St Columb's Derry.

In their third final in succession, the Buncrana Road school - managed by Bliadhan Glass and Gearailt Ó Mianáin - came from four points down to take the honours, thanks to two goals from Adam Rankin.

A number of their players turned in good performances well led by Michael Lynch at centre-half back. Michael and Ronan Moore in the full-back line, Padhraig Nelis, Adam Rankin and Donegal under-age star Conor Gartland up front all shone.

Although Conor Gartland opened the scoring with a point, St Malachy’s enjoyed most of the possession over the next 20 minutes and three points inside two minutes from Niall O’Connor, Conor McNicholl and Anthony McGarrigle put them 0-4 to 0-1 up.

O’Connor and Conn MacFarlane added points before the key score of the half, a breakaway goal from St Columb’s with Adam Rankin pulling on a through ball that Bailey Graham half saved but the sliotar slipped over the line.

Jude Óg Moore added a point and the Derry side had something to hang on to going into the break, despite Michael Devenny striking a goal for St Malachy’s, who led 1-6 to 1-2 at the turnover.  It could've been more only for a save by St Columb's goalkeeper Oisin Duddy.

During the first 12 minutes of the second-half, St Columb’s drew level with points from their captain Michael Lynch (two frees), Jude óg Moore and Conor Gartland. Then as he had done in the first half, Adam Rankin got on the end of a move down the right wing and he flashed a shot to the top corner.

Lynch and Martin added points and St Columb’s looked to be safe. However they spent the last quarter in their own half defending stubbornly and could not add to their total. Significantly however their defence locked in well and only conceded a point from a free scored by Niall O’Connor as the Shield went to the Buncrana Road for the first time.